The Funniest Richard Pryor Movie Scenes Of All Time

Richard Pryor is, without question, a legend in comedy. His style has influenced many of today's brightest comedians including Chris Rock, Dave Chappelle, and Eddie Murphy. Pryor, who started as a stand-up comedian, did not begin appearing in films until the late 60's.

His film career peaked in the early 80's and was ultimately offered a $40 million deal with Columbia Pictures. Some of the films that Pryor has appeared in include:

Some of the films that he appeared in, ironically, did not highlight his comedic brilliance. Many of Pryor's roles were more reserved and, at times, more dramatic.

However, there are two movies that come to mind that I think feature some of Pryor's best comedy work in a feature film. The two movies that I am referring to are The Toy and Stir Crazy. There are some scenes in these movies that I just cannot shake. The beauty about the scenes is that they seem so natural and unscripted.

The four scenes highlighted below are, in my opinion, are the funniest Pryor movie scenes of all-time.

When I first watched Stir Crazy I literally could not stop laughing during the scene where Harry Monroe, played by Pryor, and Skip Donohue, played by Gene Wilder were sentenced.

Harry and Skip have lost their jobs in New York and decide to go to Hollywood. On their way to California they take a job in Arizona as a bank mascots for a special bank promotion. They were to dress in big yellow bird costumes and perform a song and dance routine.

Harry and Skip decided to take a quick break and removed their costumes. While on their break two other guys take the costumes and use them as disguises to rob the bank. When Harry and Skip return from their break they are immediately arrested for robbing the bank. Since they are both short on money they cannot afford an attorney so one is appointed for them.

Classic lines during this scene which were made by Pryor's character Harry are:

Check out the scene in the clip below.

Getting Bad Scene From "Stir Crazy"

Immediately following the jail sentence Harry and Skip are taken to prison. This scene starts off with Harry walking with an extra bounce in his step. He is trying to play the stereotypical bad guy role, in which your walk and talk changes. Harry believes that if he acts like a bad guy then none of the real bad guys will mess with him. Skip, who, initially, is trying to figure out what the hell Harry is doing, joins in on the bad guy act. They call it "getting bad".

Pryor and Wilder do a masterful job of being natural acting like they are acting like bad guys which is what makes the scene so good. The scene is totally believable.

You can also see how this one scene has influenced two movie comedies Trading Places and Life which, ironically, featured Eddie Murphy, who happens to be heavily influenced by Pryor.

Below is a video clip of "Getting Bad".

Video Clip Of Getting Bad Scene 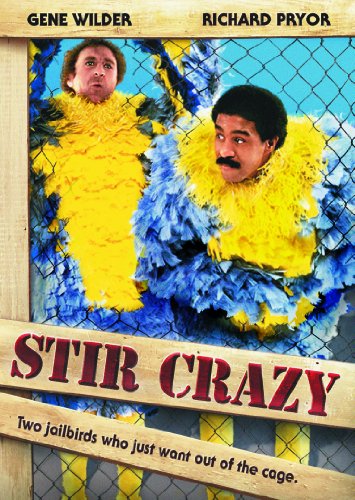 Boxing Robot Scene From "The Toy"

The Toy is about an unemployed newspaper reporter Jack Brown, played by Pryor, who accepts a job to be a rich kid's toy. The kid Eric Bates, who is the son of a wealthy businessman U.S Bates, is told by his father that he can buy anything in his father's toy store. While at the store Eric sees Jack working inside and decides that he wants to buy him. Eric is told by his father's assistants that he cannot buy people, but, being that Eric gets whatever he wants, they end up him persuading Brown to let Eric buy him. Eric's reasoning is that his father said he could

Side note: Many critics of the movie will say that the film is racist. I disagree with that notion because Jack Brown was hired to literally work as a baby sitter. Some may question the fact the Brown's character is called a toy initially, but its a movie.

After Brown agrees to work for U.S Bates as his son's caretaker, so to speak, he makes himselfat home. While Brown is touring Eric's room, which is full of every type of toy imaginable including full size arcade games, he decides to play with Eric's boxing robot.

Here is the clip of Brown boxing with the robot.

Now what makes this scene so funny is not when he gets punched in the midsection, but what he does when he recovers. Brown, who is pissed at the robot, hits the robot with a haymaker in retaliation. He acts as if the robot can actually feel the punch. He hits the robot like a kid trying to get back at another kid who has got the better of them in a tussle.

Piranha Scene From "The Toy"

Throughout the movie Eric is playing practical jokes on Brown. In one scene Brown, who is really looking forward to eating breakfast, loses it after Eric causes all of his food to hit the floor. There are several instances where Eric would set up slime or slop concoctions over the door and when Brown would walk through the door slime would fall over his head. After a while, Brown starts to get in on the act and starts getting the better of Eric with the practical jokes.

Nevertheless, Brown is always watching out for Eric's pranks. He does not always trust Eric when he tells him things. In one case they decide to go fishing in a lake on the property. Eric tells Brown that his dad imported piranha from Brazil and that they were in the lake. Eric is adamant that there is piranha in the water, but Brown refuses to believe him and starts to walk into the lake.

After Brown enters the water he encounters the piranha that Eric had been warning him about and the unthinkable happens. As Brown is being attacked by the piranha he starts to literally walk on water to escape. When he gets out of the water all of his clothes have holes in it from the piranha bites. From that moment on Browns vows to never doubt Eric's word again.

The Toy On Amazon 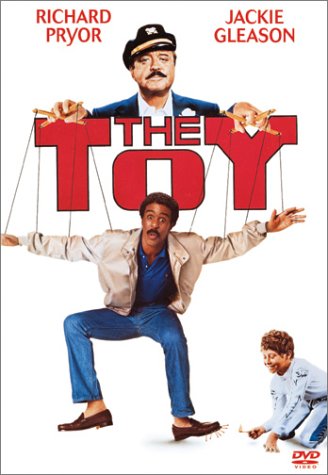