This article was written by Cheryl Weldon, MA.  If you would like to read further writings by Cheryl visit her website:  www.cawworldwide.com Infobarrel is a great place to publish your work and has a wonderful community of writers.  If you would like to wite for Infobarrel sign up here. (you also need an account to comment on articles, so sign up now and let us know what you think about what you're reading.)
InfoBarrel is a writing platform for non-fiction, reference-based, informative content. Opinions expressed by InfoBarrel writers are their own.
InfoBarrel > Sports > Hockey

It is a given that many will not agree the game of hockey is by far the best of all the professional sports in the “team” category.  Yes, baseball is the national pastime; and football and basketball are more televised than hockey.  However, here are some points to consider supporting the argument for the game of hockey.

The attention of people seems to be decreasing as modern technology advances.  The computer age brought with it the availability to gain massive quantities of information and rapidly sort through the material.   In the past it was “faster cars” now it is “faster downloads.”   Even movies and television have joined the race by bringing viewers faster paced scenes with lots of action.   Read the reviews; often a movie is criticized for its slow plot development.

Web viewing research supports the short attention span theory.  Look at twitter—140 words maximum; average viewing time of a page-30 seconds according to some statistics; 60 seconds according to others.   Translate that to watching a game of sport.  How long does it actually take a pitcher to throw a ball for the batter?  Baseball, though a wonderful game to play and not too bad to watch live; can be excruciatingly boring to watch on television.   At least basketball has a faster pace; well, except for the final two minutes when there are numerous time outs trying most people’s patience.

Hockey on the other hand, is faster paced than baseball, has less stoppage of play than football, and only has one 30- second time out allotted per team for the entire game (though there are three two-minute television time-outs which occur three times per 20 minute period).

Another argument for the game of hockey as the best team sport in professional sports is the practice of veterans mentoring rookie players.  Most hockey players play junior hockey before coming into the National Hockey League (NHL).  Those select few youngsters who actually make it onto the roster of the NHL team are often taken under the wing of a veteran player.  It is not uncommon to read about a rookie living with the family of a veteran on the team.  In the 2009-2010 season Colorado Avalanche veteran Adam Foote mentored rookie player Ryan O’Reilly; and veteran Avalanche teammate Darcy Tucker mentored Matt Duchene.  Both rookies, who were barely 18 years old, resided in the homes of their mentors and were essentially part of the veterans’ families for the hockey season.   This practice is not uncommon in professional hockey.

This mentoring helps the rookie players adjust to the challenges that arise when thrust into the life of a professional athlete.  Rookies are generally assigned to share rooms with veterans when the team is “on the road.”  This tradition is yet another way that veterans mentor rookie players.  Sure other veterans from other professional sports teams may mentor rookies (ala Crash Davis in “Bull Durhan”); but how many rookies become part of the veteran’s family? 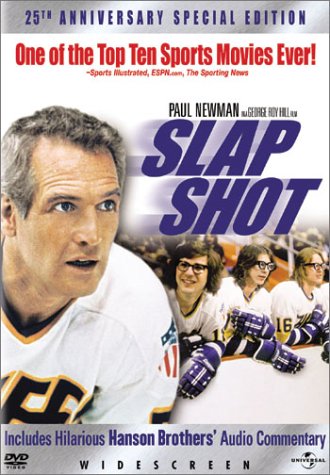 Although there are stories about professional hockey players with substance abuse or domestic violence issues; overall, there seems to be less of these types of incidents than portrayed in other sports.  This may be that the NHL is better at spinning stories or keeping things “in house.”   Perhaps the clubs have better public relations teams.  Maybe it’s because the hockey players have their own code of “sheriffing” situations off the ice much like they do on the ice.  Or maybe, hockey players are just a different breed of professional players.

The copyright of the article The Game of Hockey is the Best Team Game of Professional Sports is owned by Cheryl Weldon and permission to republish in print or online must be granted by the author in writing.

Recap of some of the Professional Hockey Games