In 1855 a small, select group of fellows at Cambridge University, began meeting in order to discuss ghosts, hauntings and psychic phenomena. The club officially began in 1862 and other than a period of dissolution during the 1870s when important member Charles Dickens died, The Ghost Club has continued to operate right up to the present day.

Searching For The Supernatural

Charles Dickens is famous for his writing, which often featured paranormal phenomena, like Marley's ghost in A Christmas Carol. Dickens also used his fame, to write about various theories of ghosts and supernatural phenomenon in a weekly periodical which had a huge reading audience .

Dickens also read whatever scientific, or philosophical information was available about ghosts and the supernatural, but he wanted  more thorough research into the possibilities of  paranormal realms and to engage in debate; this is where The Ghost Club came in.

And So Began The Ghost Club

Ireland’s Nobel Prize winning poet W.B. Yeats, had a fascination with Irish legends and mythology, which developed into an obsession with the occult and paranormal. Yeats was a member of not only The Ghost Club, but the Golden Dawn, a society concerned with esoteric philosophy, magic and astrology. During the early stages of his marriage to George Hyde-Lees, Yeats and his wife attempted to contact spirits and Yeats believed that spirits guided the hand of his wife to communicate messages (automatic writing). The couple also tried to contact the dead, by attending séances. Yeats had a life long interest in the paranormal, but also later developed an interest in Indian philosophy and Tantric sex.

During the 1940s, the English short story writer and novelist Algernon  Blackwood, was a member of The Ghost Club and also the afore-mentioned Hermetic Order of the Golden Dawn, which practiced rituals of spiritual magic called theurgy. Blackwood's most well-known stories are, "The Willows" and "The Wendigo", supernatural tales of an early horror genre called, weird fiction. During Blackwood's period of membership of The Ghost Club, women were not allowed to join or to engage in the diverse lectures and investigations.

In 1962 Peter Underwood, an author and paranormal investigator became the president of The Ghost Club and he went on to publish many books about the clubs investigations and his personal experiences. Underwood has said that he had his first paranormal experience at the age of nine, when he saw the ghost of his father, who had died earlier that day. As a child he also lived at Rosehall for a time, a  seventeenth century house in Hertfordshire, where he claimed to witness  the figure of a headless man. During Underwood's time with The Ghost Club, he was involved in investigating the  Borley Rectory haunting, which had made a former Ghost Club president Harry Price famous, when he wrote two books about it. The house was known as the 'most haunted house in England', until  destroyed in a fire.

Today The Ghost Club is still a private club, which is involved in investigating paranormal activity. For example in 2009 the club investigated the The Jedburgh Castle Jail, which is located on the Scottish border. There had been numerous reports of paranormal activity and specifically of a ghostly piper standing on the battlements. An  investigation team from a few years earlier, had also claimed to witness poltergeist activity at the jail. The latest investigation however,  found nothing significant, but as the longest running Ghost Club in the world, the work continues. 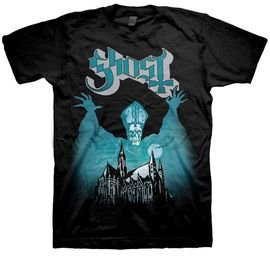 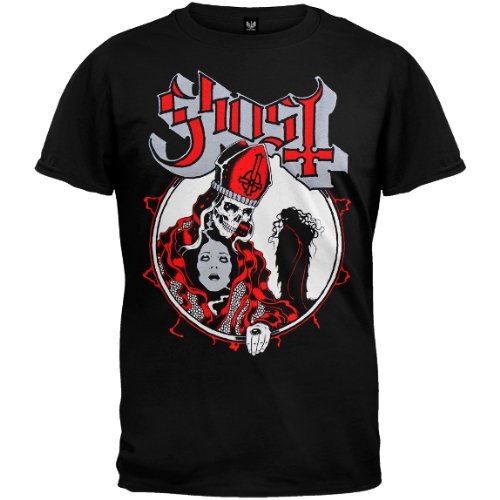 The Fall - There's A Ghost In My House.