InfoBarrel is a writing platform for non-fiction, reference-based, informative content. Opinions expressed by InfoBarrel writers are their own.
InfoBarrel > Technology > Science > Mathematics

The Golden number, or number of Fibonacci, is a geometrical proportion that is found in many natural objects or events, and that has been used throughout the centuries in art as the perfect proportion of geometries. It is designated with the Greek letter phi (φ) and its value is 1.61803… It can also be interpreted as the as the numerical sequence of sums of pairs of the preceding numbers, i.e. starting with 0 and 1: 0, 1, 1, 2, 3, 5, 8, 13, 21, 34, 55… This is the significance Fibonacci gave it as he found the same pattern in the pattern of expansion of rabbit populations.

The common belief is that the Greek philosopher Pythagoras (or his followers) introduced the number phi as we know it today. The truth is that because of its common apparition in geometry (especially in pentagons) and the large mathematical community in Ancient Greece, they “needed” it. Euclide was the one who defined in his work Elements.

In 1509 the mathematician and theologian De Luca Pacioli published Proportione Divina (Divine Proportion), which outlines five reasons why he considers appropriate to consider the golden ratio as divine.

The astronomer Johannes Kepler (1571-1630), developed a Platonic model of the solar system using the Platonic solids, and referred to the golden number in grandiose terms.

The first known use of the adjective golden, aureus, or gold, to refer to this number was in 1835 by the German mathematician Martin Ohm, the brother of the famous physicist Georg Simon Ohm, the second edition of his book Die Reine Elementar Matematik (The Elementary Pure Mathematics).

It is possible to calculate its exact value, as it’s just a proportion of variables. To start, we should remark that b = a/φ  therefore:

By rearranging we get the second order equation:

We solve it with the standard method:

Because we are looking for a geometric proportion between real lengths, the solution must be the positive one:

Equivalently, the proportions of the golden rectangle can be inferred.

This number can also be found at the limit of the series of Fibonacci:

If we approximate it for n=4 we get:

which is already quite close to the number at the limit 1.61803…

Several natural formations have been found to reproduce the golden number in their proportions. From the atomic scale, where it has been shown that the magnetic resonance of spins in cobalt crystals reproduces this number, up to the spiraling of shells (as well as hurricanes and galaxies) which reproduce the ratio piecewise in their curvature. Numbers from the sequence of Fibonacci are also relevant to the number of petals flowers have in Nature: 3 for lilies, 5 for buttercups, 34 for daisies… Seed heads and pinecones form spirals that match the Fibonacci number in the number of times the spirals on a direction meet spirals in the other direction.

Trees also exhibit Fibonacci patterns in their branching: for every two new branches formed, only one will develop further into two new ones, and from these two new ones only one will give another two and so on.

Beauty is said to be related to the person’s relative dimensions of the face. And guess what? The closer to the golden number, the prettier the person is. For example, when the ratio of the mouth size to the eye size approximates the number phi, people consider that person more attractive. Body proportions also follow a similar pattern, with humans commonly reproducing a 1.61 proportion of the distance between the feet and the navel to the distance between the top of the head and the navel. Smiles are said to be more attractive when the decrease in the size of the teeth from the center to the sides follows a relation of phi for every step (tooth).

At the cellular level, DNA has been found to have a proportion of 1.619 in length to width of a full cycle of the spiral.

The golden ratio can be found in architecture, one of the earliest expressions being said to be the Parthenon. It is claimed that some Egyptian pyramids, such as the Great Pyramid of Giza, are close to the golden pyramid inclination. This could be by accident however, as Egyptians did not know how to calculate irrational numbers and no expression of phi was known at the time.

Several centuries later, during the Renaissance, Leonardo da Vinci’s works on body proportions enclosed in polyhedra captured phi in several ways. However, he did not explicitly say in his notes that he used it in his major work, though many believe that he did.

Spanish painter Dalí used the golden ratio in his painting The sacrament of the last supper.

Industrial design, music and book design are other fields where the golden ratio has been used (intentionally or unintentionally). 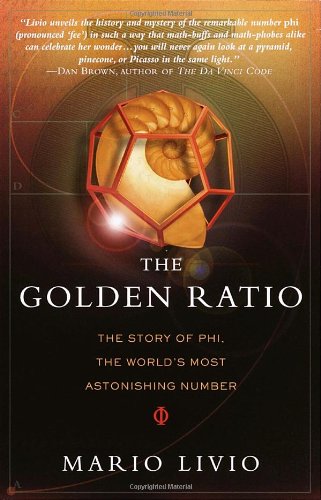 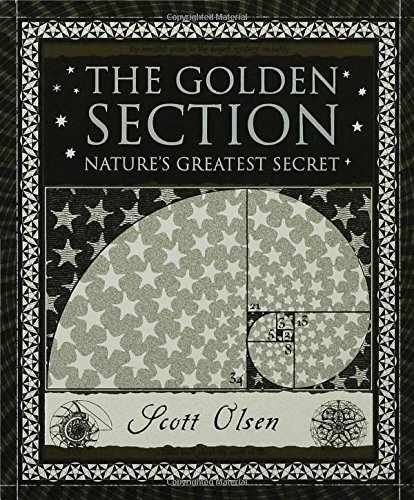 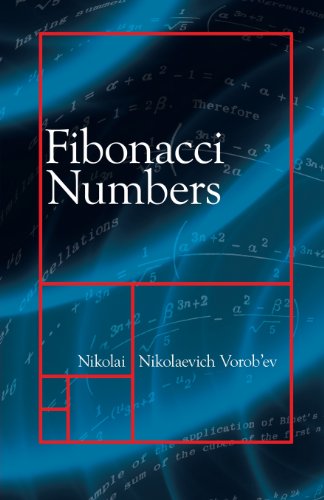