The Grateful Dead Gone But Not Forgotten

For several year's I've considered writing an article on this important piece of American music history. Its cultures, followers and the entire movement that was the Grateful Dead.

Jerry Garcia was the bands leader and sadly passed away from a heart attack, August 9th 1995. He has been sadly missed by an entire sea of surviving fans that still to this day will refer to themselves as Deadheads.

The Grateful Dead somehow created an atmosphere that the youth of America, and the world for that matter, saw as a big statement to the freedom movement that was beginning to come together among students and young professionals.

There was a huge influence on their music by the use of extra ordinary mood enhancers; many band members partook in these extra curricular activities, as well as many of their following. This was often a common place occurrence at any venues the Dead played.

This altered state of consciousness, combined with the melodramatic rise and fall style of music they played, inspired a calm in the masses of people, that would flock from all corners of the Earth to see this band.

Controversies arising within the crowds, was always at a minimal at these events, compared with other venues of similar size. The Dead's followers were typically passive fun loving, peace seeking individuals, who enjoyed spending their time with other people of the same mind.

The Grateful Dead went through several sad transitions during its long run. More then one band member died during their membership in the band. The story of the replacement musicians, each another chapter in the story of the band. 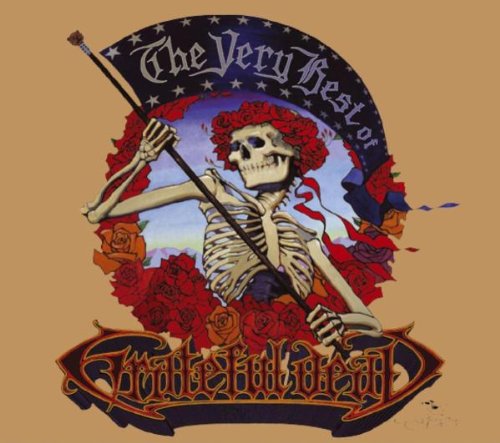 Very Best of Grateful DeadAmazon Price: $18.98 $8.99 Buy Now(price as of Apr 14, 2014)
The first commercial record the band released was during 1967 and Warner Brothers produced the album. The band was a compilation using only the band's name "The Grateful Dead" as its title.

Jerry Garcia and Bob Weir, guitar masters at the helm, brought people to their feet with impromptu

Their ability to change speeds and smoothly transition, from fast to slow and high to low, would take audiences to the brink and bring them back.

With Phil Lesh holding post in the base position helping to hold the beat, along with multiple drummers, he added a jazz touch to the music that was being produced.

Ron McKerman was the original keyboard player,affectionately known as Pigpen by band members and fans alike. Ron passed away in 1973. he was only 27 years old.

Bill Kreutmann originally played percussion for the band, until 1967 when he was joined by Mickey Heart, who added his own array of different percussion instruments.

The odd sound that organic percussion instruments could produce, added to the sometimes, eerie, unorthodox music that the band was known for.

Fans enjoyed the change. They danced and swayed to the slow beat, jumped and spun as the melodies picked up. The rise and fall of emotions that one song could produce, was a pleasant experience and the fans loved it.

Keyboard player Brent Mydland joined the band in the late 80s and added his personal touch to the band with hits like ton's of steel and others. He sadly passed away in 1990, shortly after this hit went big. A tragedy once again had struck the band's keyboard player and the band suffered terribly from this loss.

There were many other musicians that toured with the band throughout its illustrious and well followed lifespan. None, however, more important to this group's popularity then the fans themselves.

Deadheads would unite at a park, or arena parking lot, or the highway rest stop closest to the concert hall, days in advance of an appearance by their hero's.

Smoke filled the air and a good time was had by all. (except maybe the local authorities) They worried and watched, but seldom did a problem arise out of these groups of youths.

Artwork connected to the Grateful Dead with its hallucinogenic tendencies has become a brand for the band and survives, as well as continues to be produced. Some of the earlier work of deadheads in reverence to their idols can now be found in cultural museums.

Tie Dyed Teeshirts were calling cards of the Deadheads and, to this day, if a fan sees a shirt of this type, an inquiry may follow, asking their favorite song, or which shows they may have attended.

A camaraderie between all deadheads exists and these vibrantly colored clothes, that represent a green peace movement, through the medium of music have become their secret handshake of sorts.

Most deadheads today will tell you that they now have grown and no longer delve into the illegal and dangerous substances. A lot more is known today about the dangers of this lifestyle.

They also however, will for the majority say, they wouldn't trade the experience for anything. The Grateful Dead, gone but not forgotten, through the decades of its existence has helped to make them who they are. 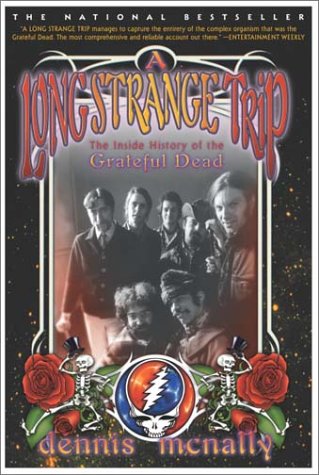 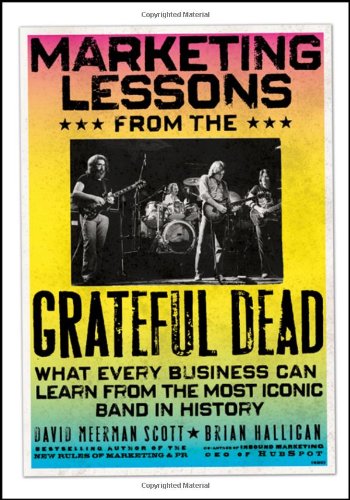 Marketing Lessons from the Grateful Dead: What Every Business Can Learn from the Most Iconic Band in HistoryAmazon Price: $21.95 $9.82 Buy Now(price as of Apr 14, 2014)
Next >> Learn to Love Classical Music. Find Out What Amazing Songs You May Have Been Missing!