The Greek Lion: Achilles' Defeat of Hector in The Iliad

In Homer’s epic poem The Iliad, the godly hero Achilles is key to Greek victory in the Trojan War. Yet ever since a heated dispute with Agamemnon, the Achaean King, Achilles has taken to the sidelines, refusing to fight the Trojans. When Hector, the Trojan prince and champion, kills Achilles’ closest friend, Patroclus, the blind poet uses an epic simile to compare Achilles to a lion tracking a deer hunter who took its cub. This clever simile grants an insight into the raw emotions of rage and sorrow that govern the great warrior’s character as well as illustrating Achilles’ lethal nature. It also serves to foreshadow that he will slay Hector, demonstrating the strong Greek belief in fate.

Throughout the narrative of The Iliad Achilles is ruled by raw emotions. When Agamemnon takes Briseis from Achilles, the Greek hero immediately flies into a rage and decides that he will no longer fight the Trojans. Then, still despondent at being dishonored by the Achaean King, he goes as far as to ask his godly mother, Thetis, to persuade Zeus to turn the war in favor of the Trojans so that the Greeks would beg to have him back in battle. Though the Trojans do gain the upper hand, pushing the Greeks all the way back to their ships, when his cousin Patroclus is slain, the potency Achilles’ sorrowful rage is multiplied and redirected back against the enemy. Achilles “groans over and over like a bearded lion [in an] incessant lamentation” [1], as he mourns beside Patroclus’ body. Homer makes Achilles' course of action clear: the lion will track the deer hunter Hector, “growling low the whole time” [1], seeking to avenge his beloved cousin’s death. Homer’s portrayal of Achilles as a lion illustrates the animalistic, unreasoning and uncompromising nature of the emotions that course through the legendary man. Achilles is a predatory animal with simple motivations, fueled by his rage and his lust for glory, and born with a primal deadliness.

Achilles’ deadliness is the other central element of the epic simile. Homer repeatedly depicts Achilles’ lethal nature even as he laments Patroclus’ death. Achilles “lay his man slaying hands on Patroclus’ chest” [1] and he is compared to a lion “[tracking a] human from valley to valley [1]. Despite the great warrior’s long absence from battle, Homer also establishes that his ability to kill has not waned. Instead he establishes that, intrinsically, the deer hunter Hector cannot hope to match up to the lion Achilles; these two foes were not made equal. After all, Achilles is a demi-god while the Trojan prince, though he has Apollo's favor, cannot trace his lineage back to a divine being. Indeed, when Achilles returns to the fray to avenge Patroclus' death he easily drives the Trojans away from the Greek ships and all the way back to the walls of their city. As Achilles races over Troy’s plain towards Troy, intent on killing Hector, he is once again portrayed as lethal; he is likened to “Sirius […] star of stars, […] brightest of all, but an evil portent” [1]. This epic simile helps to simultaneously establish Achilles as both the greatest warrior in the conflict and, consequently, the greatest evil for the people of Troy. Hector, standing before the Western Gate, faces down Achilles, yet the fate of the Trojan prince has already been decided; in the eyes of the gods he is already dead.

The Ancient Greeks placed a high degree of belief in fate and destiny. When Homer writes that “when the lion returns, it tracks the human from valley to valley […] sometimes it finds him” [1] the implication is very much that the lion Achilles will eventually catch the deer hunter Hector. Achilles himself also knows his own fate, earlier in the story he states that: “I will never return home […] the earth here will hold me. And since I will pass under the earth after you, Patroclus, I will not bury you until I have brought here the armor and head of Hector” [1]. Again, it is stated that Achilles will kill Hector, and the prediction is given credence by Achilles’ apparent knowledge of his own death. Throughout The Iliad, grave pronouncements about fate are almost always fulfilled; Homer of course knew the outcome of the war when he wrote the Iliad and chose to heighten the heroes as well as the sense of divine interference by working correct predictions into the dialogue. Perhaps the best example of this arrives when Hector declares to Achilles that “I will have my vengeance on that day when Paris and Apollo destroy you in the long shadow of Troy’s Western Gate” [1] as he lies dying. If such accurate pronouncements are routine in The Iliad, it demonstrates the strong belief in fate of the period and thereby strengthens the implication of Homer’s suggestion in the epic simile that the lion, sorrowful, vengeful, and lethal, only sometimes finds the foolish deer hunter. Since the epic simile serves to illustrate that Achilles is many times Hector’s better by comparing the heroes to such unequal creatures, it can therefore be safely inferred that fate will necessarily favor Achilles.

Homer’s epic simile provides a substantial insight not only into the agents of The Iliad but also into the nature of Ancient Greek beliefs. Achilles is portrayed as an emotion-driven, lethal animal while Hector is illustrated as very weak and very human in comparison. The narrative of the struggle between these two heroes, the greatest warriors of their respective armies, interwoven with divine interference, provides an understanding of the over-riding belief in fate present at the time. For this reason, the importance of the epic simile in such a work as The Iliad cannot be underestimated. 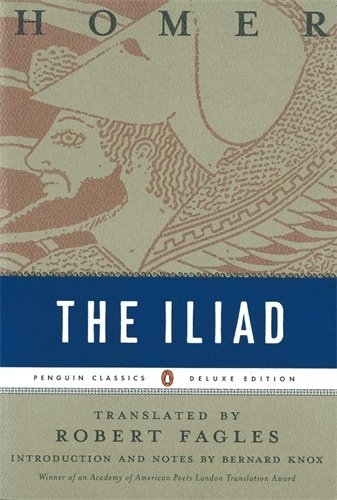