This article was written by Cheryl Weldon, MA.  If you would like to read further writings by Cheryl visit her website:  www.cawworldwide.com Infobarrel is a great place to publish your work and has a wonderful community of writers.  If you would like to wite for Infobarrel sign up here. (you also need an account to comment on articles, so sign up now and let us know what you think about what you're reading.)
InfoBarrel is a writing platform for non-fiction, reference-based, informative content. Opinions expressed by InfoBarrel writers are their own.
InfoBarrel > Lifestyle > Holidays & Celebrations > Easter

The History of Easter Symbols is Rich

Easter eggs, the Easter bunny, and Easter baskets all have a rich history; but their origins are actually steeped in pagan lore.  The Christianity connection came later.  Easter holiday is the cornerstone of Christianity and it may come as a surprise to many Christians “Easter” started out as a pagan celebration of Eastre, the goddess of fertility and springtime.   Pre-Christian Anglo-Saxons worshipped the Goddess Eastre and the pagan holiday occurred about the same time as the Christian memorial of Jesus’ resurrection.  Thus when the Anglo-Saxons were converted to Christianity, the holidays were combined and called Easter.

The History of the Bunny

Credit: Photo by Cheryl WeldonIt is believed by some the rabbit was the earthly incarnation of the goddess Eastre.  Others believe the holiday bunny can be traced back to ancient tribes who believed the rabbit to be a symbol of fertility due to its ability to procreate frequently and in multiples.

However, the most documented information regarding the Easter bunny suggests its origins are German.[4]  Writings about the holiday bunny first appear in German writings in the 1600’s and were introduced to the United States in the 1700’s when German settlers arrived in Pennsylvania.  The first edible bunny was made in Germany during the 1800’s and was made of pastry and sugar.  It was also Germany that made the original chocolate bunny that is now so much of the Easter culture worldwide.

Along with the folklore of the Easter bunny came tales of the eggs.  One tale is Eastre found a

Credit: Photo by Cheryl Weldon wounded bird in the forest and turned it into a rabbit to keep warm during the winter.  However, the transformation was incomplete and the rabbit continued to lay eggs.   The rabbit, in its gratitude, offered brightly colored eggs to Eastre every spring.[5]

The German tradition of the spring bunny brought with it the nest of colored eggs the bunny would leave for children.  The folklore was similar to that of Santa Claus as the bunny wouldonly lay the colored eggs if the children were “good.”  The children would build nests of their caps and bonnets, and the next day they would find it filled with colored eggs and candy.  As this tradition spread, baskets begin to make their way into the holiday.  The actual hunting of the eggs began as children believed the “Easter Hare” laid eggs in the grass.[4]

In ancient times, the eggs were given as tokens to remind Christians of Jesus’ triumphant victory over death.  However, in today's culture, the giving of eggs doesn’t hold this meaning for most Christians.

Although the Easter lily has roots in pagan rituals of Hera, the queen of motherhood, tradition has the lily originating in the Garden of Eden by the teardrops of Eve.  They were said to be the teardrops of repentance.  While there are no specific references in the Bible in regards to the lily being the tears of Eve, there are several references to lilies in other books of the Bible:[1]

Easter lilies represent the resurrection of Christ as purity and innocence.

The Colors of Easter

It is understood by most Christians Satan will twist and turn everything to his advantage.  While many of the symbols of Easter may have pagan beginnings; Christians seemed to have embraced the representations of some of the various traditional trappings of the holiday as it pertains to the resurrection of Christ.  The egg represents the seed of life, the colors are specific:[2]

Credit: Photo by Cheryl WeldonThe Easter bunny is not associated with Christian beliefs; but remains a big part of the  holiday celebration.  In today’s culture; Easter has become so commercialized many churches are now calling it “Resurrection Day.”

The copyright of the article The History of Easter Symbols is Rich is owned by Cheryl Weldon and permission to republish in print or online must be granted by the author in writing. 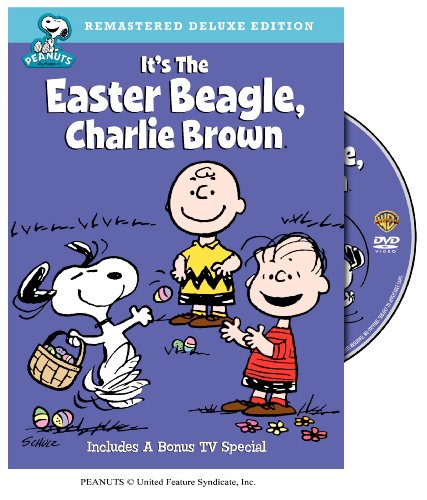