The History of Surf Wax - Going Back in Time

There is not much you have to pack if you are thinking of going on a "surfari" or even if you decide to head off to your local surf spot to catch a couple of waves. One thing that comes naturally to every surfer is surf wax.

You simply can't go without waxing your surfboard. Have you tried it? Probably not, but if you have then you would not be a happy chappie, sliding all over the place, trying to - with all your might, to get a grip. This would be like learning to surf all over again! It's amazing what wax can do for you.

Apart from that, if you are not protected by a wetsuit and all you have is a rash guard then you will find that you turn into one very rosy red surfer. The Beach Boys sing their classic, Surfin' USA, not forgetting to mention the lyrics, "We're waxing down our surfboards"

Where the Idea Came From

In 1935, Alfred Gallnat Jr came up with a product that turned heads amongst the surfing community. This was invention of note. Sometimes we see something and say, "hey, that may work and if I come up with a plan then everyone will benefit", but that's where you leave it.

However, Alex, went one step further after he found his feet sticking to a wooden floor that had just been polished. He experimented with a cheap bar of paraffin as opposed to the more expensive liquied version which was used on the floor by his mom. Alex and his friends began waxing down their boards.

So You Can Wax On and Wax Off 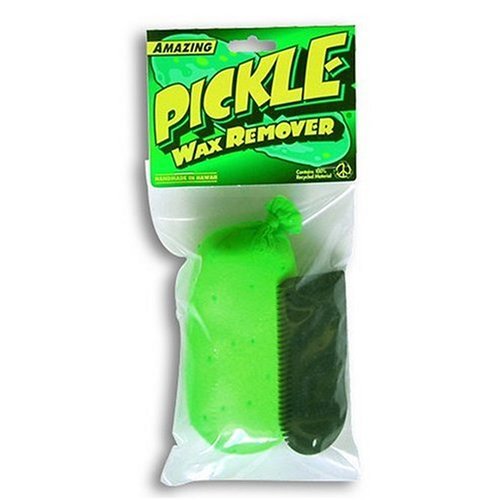 Pickle Wax Remover for SurfboardsAmazon Price: $9.30 Buy Now(price as of Nov 10, 2013)
Old wax needs to be removed, so that new, fresh wax can be applied again. This has received a good rating, and most surfers approve of this little tool.

The Leaders of the Pack

It was only in the 50's when the actual paraffin was melted down, worked on a little until it was sold as a surf wax. The people that really got this thing on the road were Mike Doyle and Rusty Miller, known as Waxmate. The company was bought out and we didn't hear a lot about the concept until 1972 when John Dahl came onto the scene. Actually, Dahl was nobody new.

He had been working at Surf Research and started up Wax Research. Another Guy, known as Mr Zog, with a name of Sex Wax came onto the scene. For people who are not surfers they may have had something to say about this name, but there is no doubt that if you are surfer you have used one of these brands on your board.

Sticky Bumps was the new and improved forumula that Wax Research brought out. It's meant to be stickier and lasts longer. Just like any product people are always coming up with ideas to make something better, but to the average surfer wax is wax and as long as it keeps you on the board you are not going to be shopping around for something better.

Wax is not something that is going to fade out in a hurry. I can't imagine seeing a couple of surfers with an aerosol can in place of Mr Zogg's or having a traction pad. If you think about it, this is really not expensive, especially if you have a look at inflation and compare the rise in price with just about everything else that you end up just turning a blind eye at.

Oh yeah, and don't take my word for it. Surf wax goes with the culture. Take surf wax away and, well, then we just have another water sport. Ask Zuma Jay, who has written a book just on surf wax. For the casual surfer, they may be thinking that this is a crazy idea, wax is wax!

This is all understandable and it is true there is a lot more that surfing has to offer, but when an old time surfer has a look back at some of the things that Zuma is talking about it is kind of special. The goal for Zuma is making surf wax a collectector's piece. 160 pages dedicated to nothing else, but fine surf wax.

When you are new to the sport of surfing, you may be surprised to find just how hard it is to wax down your board. If you don't have much strength in your arms, then you will find that it is quite a workout. However, it is probably the best exercise that you can do, before paddling into the waves.

Here is the perfect explanation

A Surf Wax Infographic by The Adrenalist, powered by Degree Men

Now for some people, wax is wax, and that is that. However, this is just not true for a couple of dedicated folk out there who go out of their way to collect all sorts of surf wax from all over the globe.

If you would like to see for yourself, then head off to the surfwaxmuseum.com [1], and you will find a lot more going on. These guys have collected more wax than you can probably imagine. In addition to that, you can even have your very own wax made here. If you ask me, this is not a bad deal. Of course, this is completely personalized, so it is really something different. 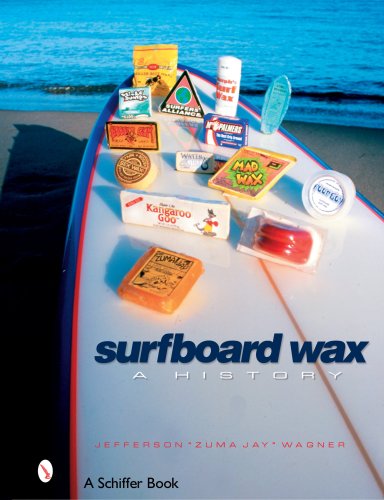 Surfboard Wax: A HistoryAmazon Price: $29.95 $23.21 Buy Now(price as of Nov 10, 2013)
This book is basically about what it describes in the title. Looking at that, if you are not interested in the history side of the sport, then you may not be too interested in a book like this. This is for the surfer who has a passion for the sport as a whole.
Next >> Origins of 7 Sports Traditions