The History of the Germany Navy in the 20th Century

It was in the late 19th century that the Imperial German Navy began to expand. The Naval League inspired Germany to begin constructing more warships for their navy. In the early 20th century, Germany’s naval expansion continued unabated.

As such, an Anglo-German naval race emerged in which both the Royal Navy and Imperial German Navy constructed battleships in ever-increasing numbers. During the race, Britain was the first to add the new Dreadnought class of battleship to its navy. However, the Germans also built their own dreadnoughts. The Imperial Germany Navy invested in U-boats, which were otherwise early submarines. The race continued up until the First World War, and while the Royal Navy remained the largest navy, they still had to establish new naval treaties with France as the Imperial German Navy had greatly expanded.

As World War One began, Britain declared war on Germany after German troops moved into Belgium. This was essentially an invasion as Belgium. Now Britain and Germany were at war, it was only a matter of time before their navies met at sea. The Battle of Heligoland Bight was an early naval battle which the Royal Navy won.

However, surface fleet action remained somewhat limited. Instead, Germany U-boats began to target British merchant shipping, which made British waters a war zone. Non-military ships came into the line of fire of German U-boats such the ocean liner Lusitania, which a U-boat torpedo sank in 1915. Hereafter, German U-boat action was temporarily reduced.

At the Battle of Jutland, the German High Seas Fleet and Royal Navy Grand Fleet met in what was the largest naval battle of World War One, and the largest in Germany’s naval history. The German High Seas Fleet was not necessarily defeated in this battle, and their fleet actually wiped out a larger tonnage of British ships. However, despite this the Imperial German Navy did not make enough impact in the battle to break Britain’s economic blockade.

Admiral Scheer convinced the German High Command that a U-boat campaign was the best way to defeat Britain and win the war. This was an economic blockade that targeted British merchant shipping. Throughout 1917 German U-boats resumed unrestricted submarine warfare, which at first was very effective as British merchant shipping losses increased markedly. However, as the Royal Navy expanded convoy support losses were gradually reduced. The campaign also ensured the U.S. declared war on the German Empire.

By the end of 1918, the defeat of the German army in France brought the war to a close. Germany accepted an armistice in November after a naval mutiny in Kiel, which spread throughout Germany. Calls for an end to the war and abdication of the kaiser were increasingly vocal, and with the German army retreating in France Germany could not win the war. The end of this war marked the end of the Imperial German Navy, as the Germans established the Weimar Republic. The Treaty of Versailles also limited the new German navy to a meager tonnage of warships.

During the postwar era, the Germans gradually rebuilt their navy, which became the Kriegsmarine in 1935. Although it could never match the size of the former Imperial German Navy, Germany invested in newer, more lightweight, battleships such as the Graf Spee, which was less than 10,000 tons. The Kriegsmarine expanded quickly during the 1930s, and Germany expanded its U-boat fleet during the 1930s. Construction of the Bismarck-class battleships, the Bismarck and Tirpitz, also began in the 1930s and would be complete by the early 1940s.[1] These battleships eclipsed 50,000 tons, and were the largest in Europe when commissioned in 1941.

In 1939, Britain and France declared war on Germany, and the Krigesmarine was soon called into action during the Phony War. The Royal Navy intercepted the Graf Spee whilst on a commerce raiding mission, and after the Battle of River Plate it made it to the port of Montevideo. However, as the ship could not remain in Montevideo the Graff Spee was scuttled shortly after exiting the port.

The German U-boat campaign was most effective in the earlier 1940s, especially after the Krigesmarine gained access to French ports. Wolf Packs closed in on British merchant shipping, which was lost in increasing numbers. The U-boats seemed close to victory in the months of 1942, but the seizing of German cryptography material greatly enhanced the Allied detection of U-boats. Aircraft carriers and enhanced aerial reconnaissance also played its part in defeating the U-boats, which were lost in increasing numbers during 1943.

Germany’s battleships were also sent on commerce raiding missions. Most notably the Bismarck began its first, and only, commerce raiding mission in 1941. However, it did not reach any of its intended merchant ship targets despite sinking the HMS Hood at the Battle of Denmark Strait. A RAF aircraft jammed the Bismarck’s rudder with its bombs, which ensured that the Royal Navy surface ships could close in and take out the battleship. The Tirpitz remained in action until RAF Lancaster bombers wiped the ship out in 1944.[2]

By the end of the war, there was little of Kriegsmarine left. The defeat of Germany ended the war in Europe. In the postwar era, their remaining ships fell into the hands of the Allies.

In the 20th century, the German navy undoubtedly had a notable impact in both world wars. Both the Imperial German Navy and the Kriegsmarine had some formidable battleships in their surface fleets, and the U-boats were especially effective. Germany's navy was the first to effectively deploy submarines for naval operations, and the U-boats gave them a chance of defeating Britain. 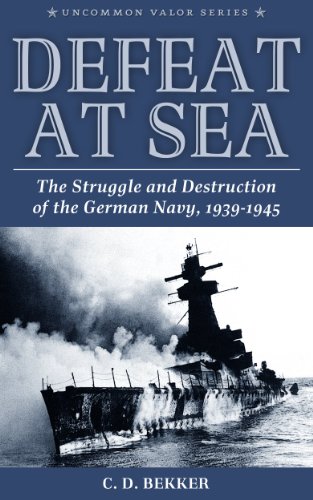 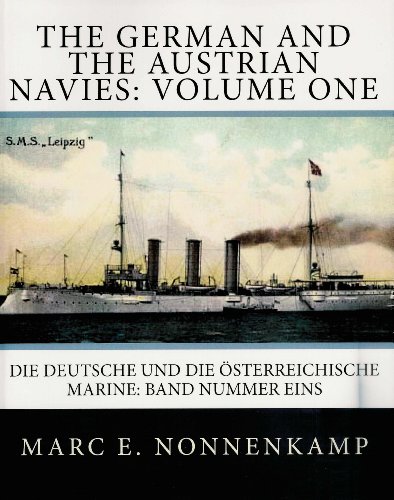 The German and the Austrian Navies / Die Deutsche und die Ã–sterreichische Marine Amazon Price: Buy Now(price as of Jul 15, 2015)
Next >> 10 of the Most Bizarre and Horrific Torture Techniques From History