The History of the Japanese Empire in the 20th Century

The Japanese Empire greatly expanded during the 20th Century.[1] This trend continued up until 1942, and from then on it quickly shrank in just a few years. It was not so much a gradual decline, but more of a collapse by 1945.

In 1905, Japan was at war with the Russian Empire. The Russo-Japanese war was short, but significant, as it was a decisive victory for Japan. The IJN's (Imperial Japanese Navy) crushing victories at Tsushima Bay and Port Arthur ensured victory, and greatly reduced Russia’s naval presence in the East. These victories highlighted that the IJN was now among the greatest navies. In addition, Japan gained extra territory to add to its empire after the Treaty of Portsmouth. Their victory here ensured the later annexation of Korea in 1910.

Upon the outbreak of World War One, the Japanese Empire joined the side of the Triple Entente (France, Britain and Russia). They provided significant naval support in the Pacific. The army occupied German territories in China and other bases. After the war Japan joined the League of Nations. Postwar treaties also ceded German Asian colonial territories to Japan as League of Nations mandates.

However, the Manchuria occupation did not ensure war with China in the early 1930s. Only when Japan invaded China in 1937 did a war begin. This war lasted a number of years, and before the Allies joined it Japan advanced southwards and occupied much of China’s coastline by 1940.

Japan’s war against China was met with Western economic sanctions. This included an ABDA (Australian-British-Dutch-American) oil embargo, which by 1941 was having increasing impact. Expansion of the Japanese Empire in the Pacific could provide the country with additional raw materials, as well as oil supplies, but would also ensure war with the European colonies and USA.

The Japanese army considered war in the Pacific winnable enough. Even though the Americans had a notable naval presence, the European colonies could be taken and occupied by the army. As such, the IJN drafted plans for an airstrike at Pearl Harbor, which included a substantial U.S. fleet. On December 7, 1941 Japanese aircraft bombed Pearl, sank a number of battleships and wiped out hundreds of planes on the ground. Japan, USA and its allies in the Pacific declared war.

Credit: This is a public domain image from Wiki Commons.

At the beginning of the Pacific War, the Japanese army advanced quickly. Among their most notable victories came at the Battle of Singapore when a smaller army overran the British and Commonwealth troops stationed there. The Malaya Campaign was a resounding victory, and further triumphs in the Dutch East Indies, the Philippines, Burma and New Guinea followed. The speed and mobility of Japan's advances were impressive, and dumfounded some who underrated the Japanese army. In 1942, the empire stretched from Manchuria, on the Soviet border, to New Guinea just north of Australia.

Japan's empire was now among the largest in the world. However, despite their triumphs a more general victory in the war had not been won. The Americans still had their carrier fleet firmly intact as their aircraft carriers had been out of Pearl Harbor at the time of the airstrike. The Australians also remained undefeated, and were an invaluable Allied supply line in the Pacific.

Aircraft carrier naval battles that followed in 1942 ensured the first genuine Allied victories in the Pacific War. The Battle of Coral Sea was the first, and months later there was the Battle of Midway. At Midway the IJN lost four aircraft carriers and hundreds of supported planes.[2] A Japanese victory in the war was now in much more doubt.

The Allies made more significant advances in 1943. The island-hopping strategy, which began in 1943, continued up to the end of the war in 1945. By 1945, the U.S. Marines had taken Okinawa. Further north the Soviets also overran Japanese positions in Manchuria. Little was left of the empire that had been among the world's largest in 1942.

Japan surrendered soon after the USSR declared war. All of Japan's troops were withdrawn from China, and its empire broke up. In the first half of the 20th century the Japanese Empire had been comparable to the great European empires. After the empire's collapse, Japan demilitarized and joined the UN. 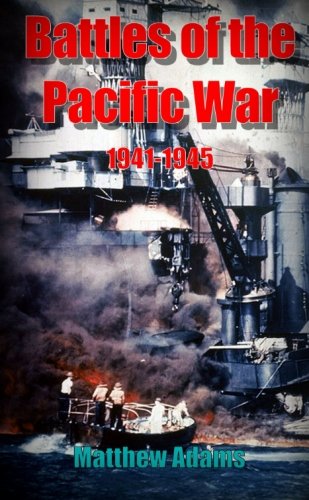 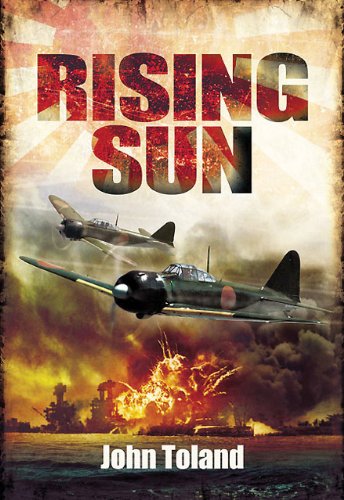