This article was written by Cheryl Weldon, MA.  If you would like to read further writings by Cheryl visit her website:  www.cawworldwide.com Infobarrel is a great place to publish your work and has a wonderful community of writers.  If you would like to wite for Infobarrel sign up here. (you also need an account to comment on articles, so sign up now and let us know what you think about what you're reading.)
InfoBarrel is a writing platform for non-fiction, reference-based, informative content. Opinions expressed by InfoBarrel writers are their own.
InfoBarrel > Sports

The History of the U.S. Open Tennis

The U.S. Open Tennis Tournament is the fourth Grand Slam tournament held each year.  The US Open is played the last week of August and first week of September; the weeks surrounding Labor Day in the United States.  It is the modern version of one of the oldest tennis tournaments in the world.  Viewers of the tournament as well as other tennis matches often hear the term “open era” and many don’t know what it means, especially the casual tennis fan.

The Origins of the US Open Tennis Tournament

The first tennis tournament was played in August 1881 on grass courts at the Newport Casino in Newport, Rhode Island.[2]   At the time, the tournament was only open to men who were members of the United States National Lawn Tennis Association (USNLTA).  Though not officially called the National Championship, it was considered as such. Both singles and doubles matches were played in the tournament.  In the years 1884 through 1911, the winners of the previous year automatically qualified for the next year’s final.

In 1915 the tournament moved to the West Side Tennis Club at Forest Hill, New York.  The tournament had a short tenure at the Germantown Cricket Club in Philadelphia in the years 1921 through 1923, but returned to Forest Hills for the 1924 tournament.  1924 also marked the year the tournament was officially designated as one of the major tournaments by the International Lawn Tennis Federation (ILTF).

In 1968 the open era officially began when the five championships were combined to create the US Open.  The tournament was held at the West Side Tennis Club in Forest Hills on grass courts until 1975 whe

Credit: Photo courtesy of the United States Marine Corps; photographer unknownn it changed to clay courts.   1968 is also the first year professional tennis players were allowed to enter the tournament.  The first tournament counted 96 men and 63 women and the total prize money was a whopping $100,000 (as opposed to the almost $2,000,000 for just the winners of the singles in 2012).[2]

In 1978 the tournament moved to the USTA National Tennis Center in Flushing Meadow, Queens.  At the same time, the courts were changed to hard courts from the clay courts of the West Side Tennis Club.  The US Open has remained at this locale and has not changed from the hard courts to date.

The US Open became the first Grand Slam tennis tournament to use the tiebreaker for a set when it reached a score of 6-6 games.  It is also the only major to use the tiebreaker for the deciding fifth set (for men’s singles) and third set (for women’s singles); the other three major tennis tournaments require the players to continue playing games until one reaches the two-game margin after the 6-6 tie.

For the first few years of the open, men’s prize money for the winner was significantly more than the winner of the women’s single event.  In 1973, the US Open became the first Grand Slam tournament to award equal prize money to winners of the men’s and women’s single championship.  The winners that year were John Newcombe and Margaret Court.  Each took home a check for $25,000.[2]

In 1975 the US Open added floodlights to some of the courts which allowed night play for the first time.  Of the four Grand Slams, the US Open is the only tennis tournament to have played every year since its beginning.

The National Tennis Center was originally the Sugar Bowl/Louis Armstrong football Stadium.  In 1977 the incoming USTA president, W.E. Hester asked New York City to allow him to use the stadium and adjoining land for a tennis facility with the purpose to host the US O

Credit: Photo by user: Alexisraelpen.  Because the stadium wasn’t used to its full potential, Hester was given the go-ahead.  In 2006 the center was renamed the USTA Billie Jean King National Tennis Center to honor the great woman tennis professional Billie Jean King.

The USTA pays the city of New York more than $1.5 million annually in rent.[3]  In exchange, the USTA is allowed to use the facility for no more than 60 days per year for its own events.  The Center is open to the public 11 months out of the year and is only closed on Thanksgiving, Christmas and New Year’s Day.

The complex has several restaurants and a food court to satisfy the hunger and thirst of its visitors.  Cuisine is varied from Cuban-based to pizza or pasta.  Souvenir shops tempt visitors to take home a US Open towel or large tennis balls for all those autographs of the great tennis pros.  A Museum and gallery of past winners are interesting for history buffs and tennis fanatics.  The US Open Tennis Tournament provides the complete entertainment package.

The copyright of the article The History of the U.S. Open Tennis is owned by Cheryl Weldon and permission to republish in print or online must be granted by the author in writing. 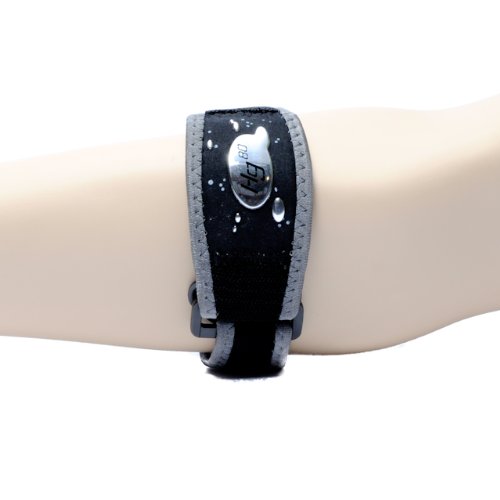