The Holy Grail and Arthurian Legend

The Holy Grail is allegededly the same cup, bowl, or chalice that Jesus Christ used to drink out of at the last supper.  It is a holy relic that is directly related to Christ, but also has mystical characteristics.  The chalice also is supposed to allow the drinker to live eternally.  It is in a sense a cup that holds the secrets to immortality.

These stories of the Holy Grail have rippled through the ages to the present.  Popular movies such as Indiana Jones and the Last Crusade were made about the Holy Grail.  There have been countless shows that even try to find the Holy Grail.  No one has been successful as of yet and many people are now turning to alternative explanations for the grail.  one secret is that the grail is a a line of children descended from Christ.  This also has not been proven, but it is a popular theory.

The most important question to consider is when did the stories about the grail begin?  What was the first legend?  This can tell us alot about the historiography of the myth and help us to unravel the layers of the legend.

The first story that mentions a Holy Grail or chalice that is used by Christ at the last supper is the Quest for the Grail.  Now, before we continue it is important to remember that the Bible does mention a cup that Jesus used to drink out of at the last supper and Renaissance paintings such as the Last Supper by Leonardo De Vinci.

Most of Chrétien de Troyes's work is complex and the Quest for the Grail is no different.  Truth be told Chrétien de Troyes never even finished the work.  It was unfinished at the time of his death, but in the story there is a knight named Perceval.  This story is the first mention of the grail, the quest for the grail, and any mystical properties associated with the chalice.

Perceval witnesses a possession of people who are rallying around a figure known as the Fisher King which is an allusion to King Arthur in his later years when he is wounded.  The Fisher King is wounded and knights come to try and heal him.  Perceval is the knight chosen to heal him or his kingdom will fall to ruin.

Later additions added to the story which included more explanation of the quest and the propertie of the chalice known to us as the Holy Grail. The film, Excalibur, also depicts this story from Chrétien de Troyes literature.  I recommend it to any of you who want to watch a live-action depiction Chrétien de Troyes's work. 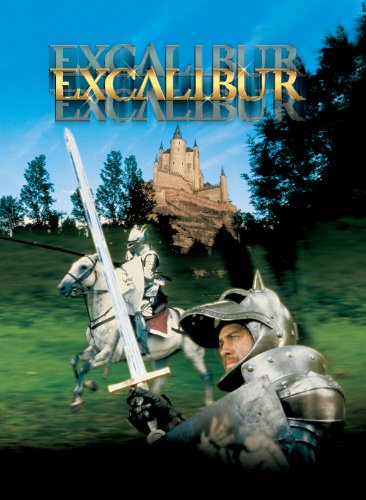 ExcaliburAmazon Price: $2.99 Buy Now(price as of Oct 24, 2013)
Great movie that shows many elements of Arthurian Legend.

Chrétien de Troyes's Quest for the Grail was expanded upon by other authors.  In the Middle Ages literature was often expanded upon freely by other writers.  Perceval's quest became the centerpiece to the story of the Holy Grail.  Modern historians, archaeologists, and writers have long held differing opinions on the Holy Grail.

Most modern historians believe the grail to be a creation of Chrétien de Troyes and a product of Arthurian legend from the Middle Ages.  There is good reason to suspect that this is the true answer.  During the Middle Ages christian legends were being explored and written about.  Many historians have reason to believe that while the Holy Grail is based on a christian symbol it might in fact be a celtic legend.  During the Middle Ages, previous cultures such as the Celts were also being explored.  Some believe that Chrétien de Troyes fused christian and celtic legend together to form the myth of the Holy Grail.

Some modern archaeologists have gone on expeditions to find the Holy Grail and they have looked in rather unusual places.  One such archaeologist was featured on the History Channel in 2012-2013.

Scott Wolter's Quest for the Holy Grail (featured above) was an attempt to uncover the Holy Grail from a location in which he thought it resided.  The mystery of the Grail has haunted archaeologists, writers, and historians for centuries.  While most historians now think it is a myth this has not persuaded archaeologists on the "fringe" of the field to search for it.

Henry Sinclair was rumored to have built a castle in North America and according to Wolter this is where he buried the secret of the Holy Grail.

The location of Sinclair's castle in North America is rumored to be in Nova Scotia and this is where Wolter and his team go in their search.  They search for days, but come up empty handed.  This is often the case with Holy Grail searchers and if the first legend is accurate it will be the case with all searchers.  Perceval never actually got the Holy Grail in Troyes's version of the story.  He searched for years, but failed. 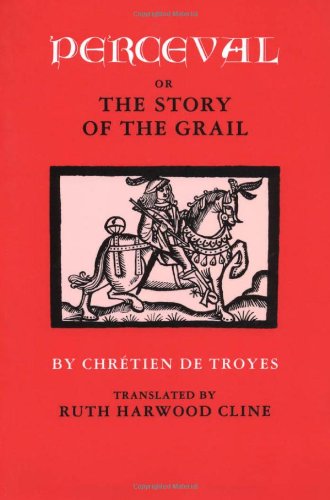 In conclusion, perhaps it is wise to take a seat back and examine the evidence.

The evidence does not support a Holy Grail, but does support a literary myth about a wounded King that we know as King Arthur.  However, does this mean that it is fake?  No, it doesn't, it is always possible that something like this existed at some point or perhaps still does.  However, does that mean it will be ever found?  Our planet is a big world and finding one legendary artifact may prove impossible.  However, that won't stop people like Scott Wolter from trying.