Writing is my happy place, a place where I can lose myself for hours. Although the majority of my writing has been for business, I love nothing better than imparting my passions to others, without taking myself to seriously!   I love current affairs, conspiracy theories, the outdoor life, animals, children (mostly my own), and being creative in all I do.
InfoBarrel is a writing platform for non-fiction, reference-based, informative content. Opinions expressed by InfoBarrel writers are their own.
InfoBarrel > Lifestyle > Holidays & Celebrations > Halloween

The Horrors of Halloween

Halloween – the magical time of the year loved by children and adults the world over. A time for dress-up and candy, tricking or treating, and decorating your house to be as scary as possible. On the surface it appears to be the perfect family holiday, an opportunity to indulge in every childlike fantasy, so much so that adults enjoy dressing up almost as much as the children!

Although the modern day concept of Halloween exploded in the United States, the popularity of this festival is starting to spread the world over with every passing year. Countries who traditionally viewed it as a commercialized American trend are now buying into the festivities themselves, and  October 31 is almost up there with Christmas and Easter when it comes to Westernized holidays.

So where did the concept of Halloween originate, and how has it evolved into a retailers delight?

There are believed to be two origins of the holiday. Firstly, since around 800 AD,  November 1 was a religious holiday known as All Saint’s Day or All Hallow Day. The mass that was held on this day was called Allhallowmas, and the evening before (October 31) became know as All Hallow e’en or Halloween.

The second reference to a festival on this date is the Celtic festival of Samhain (pronounced SOW-in).  Encyclopedia Britannica[1] describes Samhain as being the night where the souls of the dead were supposed to revisit their homes, with ghosts, witches, goblins, black cats, fairies and demons of all kinds said to be roaming about.  In addition, Halloween was thought to be the most favorable time for divinations concerning marriage, luck, health, and death. It was the only day of the year on which the help of the devil was invoked for such purposes.

So it appears the holiday we currently know as Halloween is a result of a mixing of both the Catholic holiday of All Saint’s Day and Sanhaim, although having morphed into something almost completely different and innocent. Or has it?

Bill Schnoebelen, a former Satanist himself states that Satanists believe beginning October 1, the veil separating this Earthly dimension from the Abyss, begins to thin. On Halloween, that veil disappears for 24 hours, allowing free access by the demonic realm to earth.

Anton LaVey, one of the most renowned Satanists the world has ever seen boldly states in his book “The Satanic Bible” that Halloween is one of the two most sacred holidays to a Satanist, after an individual's birthday. The other is Walpurgisnach which occurs annually on April 30.

So what does this mean to Satanists? Do they dress up in ghostly costumes, and go trick-or-treating around their neighborhood too? Are they also on the hunt for a candy to satiate their sugar cravings?

Halloween is a night of rituals for  both Satanists and  other practitioners of the occult.  They consider it a time of transition between life and death. Some occult practitioners practice divination [3] and believe you could learn the secrets of life and wisdom by lying on a grave and listening to the messages from the long departed. It is a holy-night when sacrifice, including human sacrifice, is considered a fitting tribute to their god.

Adherents of witchcraft still celebrate Halloween as the "Feast of Samhain", the first feast of the witchcraft year. Being a festival of the dead, Halloween is a time when witches attempt to communicate with the dead through various forms of divination.

Perhaps it can be best summed up by those involved themselves – The Church of Satan. When asked the question “Is Halloween important to a Satanist?” consider their answer…

“We see this holiday as the night when the mundane folk try to reach down inside and touch the “darkness” which for Satanists is a daily mode of existence. Children can indulge their fantasies by donning costumes that allow for intense role-playing and the release of their “demonic cores".[2]

Knowing that the dark undercurrent of this festival is still practiced and revered to this day, is this truly a holiday you would want your child to celebrate? 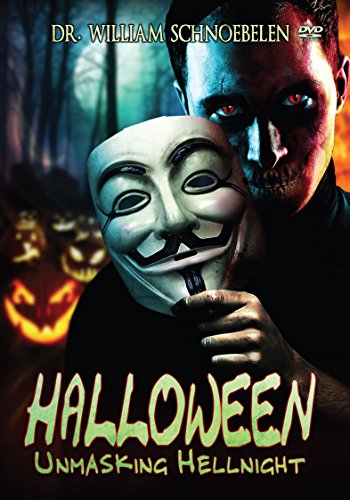