According to the U.S. Department of Education during the school year of 2000 children between 12 and 18 years of age were victims of almost two million crimes of violence or theft; and approximately 128,000 were victims of a severe violent crime (defined as rape, sexual assault or aggravated assault).[1]

As would be expected, the earlier a child is exposed to violence, the greater the risk of long-term consequences.   Exposure to school violence, regardless of whether it is a victim or a witness often results in the development of a mental health disorder.  Children and adolescents could experience depression, post-traumatic stress, acute stress, anxiety, anger, dissociation, aggression and even suicidal thoughts, ideations or attempts.  In one study, eight percent of the participants reported school violence had caused them to attempt suicide, run away, or refuse to attend school.[1]

In another study, a significant number of participants reported exposure to violence had reduced (in varying degrees) their ability to learn in school.[1]  Many studies have supported a link between exposure to school violence in the earlier grades and acts of aggression in the higher grades.  For example, in one study, 24 percent of the respondents who had attacked another student with a gun or a knife had been exposed to violence in school before the age of 12.[1] 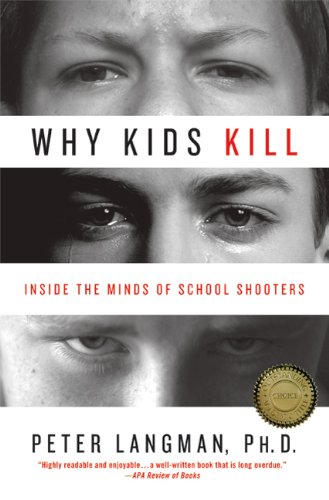 During their 2004 study, Flanner, Wester, and Singer found over half of the youngest of the elementary school students witnessed someone else getting beat up at school.  In the same study nine of ten high school students reported that they witnessed various levels of violence against another student.   Those who reported as victims were lower, but were still alarming—almost half of the middle school youth reported they had at the very least been threatened by a peer at school within the last year.[1]

These studies show any prevention or intervention program needs to address victims, perpetrators and witnesses.    The No Child Left Behind Act of 2001 requires any program implemented in a school must meet Principles of Effectiveness.  Therefore, any prevention-intervention program is required to be based on an assessment of objective date regarding the incidence of violence in the school adopting the program.

Counseling and conflict resolution programs generally focus on the victims and perpetrators.  It would be wise to include programs, perhaps group counseling for witnesses to violence.   Witnesses often don’t report the incident nor do they seek help.  School programs need to address this issue when setting up an intervention program.  Assessment rates of exposure to violence can aid a school in developing programs to address the specific needs of their population.

The copyright of the article The Impact of Public School Violence on Child and Adolescent Mental Health is owned by Cheryl Weldon and permission to republish in print or online must be granted by the author in writing.

Teenagers, too, feel the emotional scars for years after witnessing or being a victim of school violence.