"If you are interested in earning money simply by writing about things you love and are passionate about, on InfoBarrel, like I do, it would be an absolute honor to have you join InfoBarrel today!"
InfoBarrel is a writing platform for non-fiction, reference-based, informative content. Opinions expressed by InfoBarrel writers are their own.
InfoBarrel > Lifestyle

The Important Role of the United States' Military Dog Tag

Dangling vigorously from the neck of a war-hardened soldier can be found a simple, yet very important, piece of engraved tin metal. Despite the common uncomfortableness of it, it is an object that is important, if not more important, than much of a soldier's countless other issued items of gear. Throughout years of engaging in guerilla warfare in the heart of the jungles of Vietnam, to our more recent wars and conflicts in the barren deserts of the Middle East, the military dog tag has certainly remained, and has served a very valuable purpose in the lives of our United States' military personnel. Its common functionality has resonated beyond the subtle metal clang, that many soldiers may try their hardest to silence, or quell, in the most critical of times.

As spent ammunition, and shrapnel, rage violently and relentlessly overhead, the infamous United States' issued dog tag has remained a tangible object that elicits a great deal of mixed feeling and emotion from those who are brave enough to bear it around their necks. For some, its very presence around their neck speaks of an unwelcome sign of their own mortality. Long after a soldier has passed, whether tragically in combat, or as a result of a natural cause on the home front, their dog tags remain and serve as an incredible reminder to the family that they left behind. Accompanying posthumous awards displayed throughout a survivors house, or on their fireplace mantel, is oftentimes, the dangling presence of a set of unharmed dog tags. For some, this may be one of the only memories of a human life that was dedicated to fighting, and passionately doing their part to uphold the Constitution of this great nation.

With such a hazy hinge between the glory of life and the inevitability of death, the military dog tag has managed to detail all the vital information about a soldier in one, lasting, piece of clanging metal. From their specific religious branch of affiliation, to their blood type, the illustrious dog tag has never failed to provide other soldiers with the most critical of information at the most critical of times. For some soldiers, airmen, sailors, or marines, the connection they have maintained between themselves and their dog tags, may even cross over into casual wear in the civilian world, as well.

Besides reminding them of their own mortality, it also reminds them of the oath that they have taken to our government, and to it's people. Without it always around their neck, even in sleep, these brave young men and women may not feel quite the same. They have been trained extensively, and military values and customs have become so engrained into the very fabric of who they are as a person.

What may be, at times, an inconvenience, has clearly served an incredible functionality, regardless of the slight physical discomfort that may come from wearing dog tags. Even as it's role as a fashion statement may really be quite limited, its importance is never really grasped until an emergency blood transfusion, or a religious figure is needed to administer a service, or to conduct an individuals last rights, in the pressing heat of a soldier's last moments on earth. 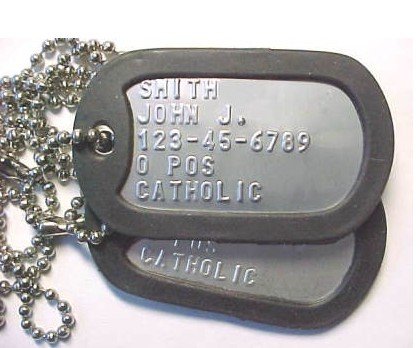 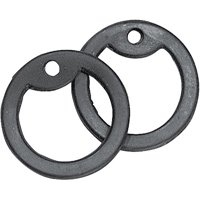