When we were children, we learned about the Solar System.  This was one of the tenets in k-5 science class and it always fascinated me.  In science class, we learned about the Sun, Mercury, Venus, Earth, Mars, Jupitor, Saturn, Neptune, Uranus, and Pluto.  Unfortunately, Pluto is no longer a planet, but our studies were mostly confined within our small corner of the Universe.  There is much to still learn about our Solar System. How does it function?  How did it form?  These are questions that scientists all over the world seek to discover and careers are built on reinforcing and refuting popular theories.  However, there is a bigger place outside of our Solar System.  The Galaxy is made up of countless thousands of Solar Systems and the place between these regions is called the interstellar medium.

So what is the interstellar medium and why didn't we learn about this place in k-5 science class?  Well, it is a place where space seperates objects and in this case the objects being local clusters of Solar Systems.  Every sun produces heat and wind.  Solar winds accelerate outwards shielding Solar Systems and providing heat and light.  Rocky and Gassy orbs the destination and in turn rotate around the Suns.  Earth itself has its own shield, the atmosphere which protects against dangerous radiation from the Sun, but what about the interstellar medium?  The interstellar medium itself produces a wind and this wind helps propel Solar Systems through the galaxy.  Below is a map of what is called the local cloud.

Since humanity has been able to record the direction of the interstellar wind it has always been pulling us in one direction, however earlier this month, the winds shifted.[2] What this means is unknown as no one could have predicted that new winds would overtake the existing ones.

In 1977, NASA launched the Voyager 1 to explore the far reaches of our Solar System and continue beyond the edge of our system - into the interstellar medium.  Voyager I is the spacecraft responsible for allowing scientists to study cosmic radiation, interstellar winds, and the medium.

Previous notions about interstellar winds were that the winds would hold steady and continually propel our Solar System in one direction around it's galactic orbit.  However it now seems due to findings from Voyager I and other machines that the winds seeping from the interstellar medium has changed.  The change has been measured to be anywhere between 4 and 9 degrees which may not sound like a lot.  It is!  The winds are the driving force behind our movement through the stars.  No one knows what a shift of 4 to 9 degrees will mean or what it will do to us and our journey.  The effects are likely to be unnoticed, but it is concerning that so many scientists were wrong in their findings that the interstellar wind would hold steady.

Another concering notion is why would the wind shift and what caused it?  It shifted fairly quickly as we have been measuring these winds since the 70s and scientists have had decades to release findings about the nature of the interstellar medium which led to the prevailing notion that the winds would not shift and Earth's journey through the local cloud would continue unabaited.  For now, no one knows what it means, but it is a concerning area for the scientific community.

On another note, let's all wish the Voyager I a safe voyage as it continues beyond the edge of our solar system and into the interstellar medium. 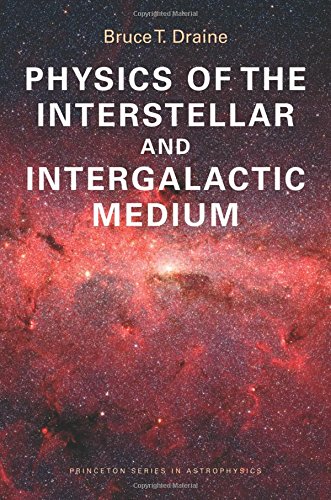 Physics of the Interstellar and Intergalactic Medium (Princeton Series in Astrophysics) Amazon Price: $82.50 $51.87 Buy Now(price as of Aug 5, 2016)
Next >> Black Holes: Humankind's Answer to Time Travel? (In Layman's Terms)