The Law Making Process in the United Kingdom

So you have two precious weeks to enjoy some rest and relaxation, with possibly a little adventure thrown in and you are wondering where to spend your holidays.

As more and more of us turn our backs on the unreliable British summer for sunnier climes it may be wise to give just a little thought to the laws that apply in that tiny Greek village that looks so quaint in the glossy brochure, or that seemingly deserted pyramid scene which looks so exotically alluring.   Wonderful and interesting as it may be to visit other countries for short sunny holidays to ensure good weather for your hard earned respite, spending time in a Spanish prison may be just a little too much adventure for most.

Did you know, for example, that you are breaking Japan's ultra strict drug laws by taking your Vicks inhaler in your handbag to deal with your pre-holiday sniffles?

Whilst I have often, together with a couple of hundred others it seems, eaten my packed lunch on a public bench within the courtyard of St Philip's Cathedral, Birmingham it is a punishable offense in Florence, Italy, to do likewise.

How appealing are the idyllic Maldives?  The appeal diminishes somewhat when you know that public observance of any religion other than Islam is prohibited.  Oh, by the way it is also an offense to import bibles into the country too.

For those so inclined, bear in mind that since 1913 Jamaican law has outlawed marijuana and those  caught with even a small amount of the plant can face a lengthy prison sentence, so stick to the rum perhaps.

For the amorous amongst us not that public displays of affection including kissing, hugging, holding hands and the like, should be avoided while traveling in the United Arab Emirates and Brits have been arrested and thrown into jail for kissing!

The Greeks forbid indecent behaviour by the way.  Young, and not so young, men who enjoy the prospect of mooning other folk are advised to keep their pants up and your belt buckled as steep fines and jail time will follow such japes.

Yes, British law is hailed as the best in the world and has developed over time to be revered by other nations.  So, how is British law actually made, how does it come into being?  Is the process truly a satisfactory one?

The law making process in the Westminster Parliament consists of the creation and revision of legislation in three formats, which are Acts of Parliament, delegated legislation and devolved legislature.

Legislation is introduced to Parliament by way of a public bill, that is a government proposal for the revision or creation of an Act. Bills can also be brought before the House of Commons by an MP on behalf of a member of the general public, as a private members bill.   So, if you want to illegalise the mooning your offended eyes witnessed from the back of that footballer supporters coach the other day, speak to your local MP and get that ball rolling, so to speak.

Promises in party manifestos, can also lead to the introduction of new legislature through Parliament as the elected party seeks to keep its promises to the electorate.  Whilst we might have our share of broken promises it still is an effective method of law making.

Issues may come before Parliament in times of national emergency, or with the development of new technologies, such as the possible introduction of genetically modified foods to the British diet, where legislation is introduced, debated and evaluated to bring law into being to address major public concerns. If you don't want to see Heston-like blue oranges on the shelves of your local supermarket, be assured that you are safe.

There is also the Royal Commission and the Law Commission that can bring issues to Parliament.

Once a bill is introduced, to become an Act it must follow the following process. Firstly, the bill is introduced to the House on its first reading.  This would be where your local MP puts forth the proposal that mooning should be banned as it has so offended your delicate sensibilities.

There is no discussion, the title of the proposal and the intention to present the matter to the House are noted. The second reading follows, where there is much discussion and the MPs vote whether or not the bill will progress further.   This would be where the merits of encouraging the supporters, and other likeminded individuals, to keep their trousers up would be thoroughly debated.

The bill then goes to the Committee for examination of each clause. Then the report stage where amendments are debated in the House. On the third reading, the final vote on the bill takes place.  At this point the House of Lords and House of Commons must agree on the detail of the bill before Royal Assent is given, making it an Act of Parliament.  Thus the Queen is now involved in your indignation and if she still enjoys the idea of a quick flash of youthful buttock, your plans to revise the British law could be scuppered.

Parliament also gives authority to certain people or expert bodies, through an Enabling Act. This Act sets out the framework for the legislation and it is delegated to others to determine the detail. Delegated legislation of this type is known as a Statutory Instrument, where government ministers create rules and regulation pertinent to their focus of expertise.   So, the Football Association may be involved here in being appointed by government to debate your issue of the trouserless fan.

Is this a satisfactory process do you think? Even though the process can be time consuming and tedious it is this attention to detail that is needed in order to produce enforceable, consistent, comprehensible, transparent, clear, plain and accessible Acts of Parliament. You may think mooning is an outrage, though through this process you will begin to realise if others support your outrage or think you are going a little over the top here.  Maybe foregin shores might appeal more if your suggestions to change the law are mocked.

In an attempt to address this issue delegated bodies are used to create legislation to overcome the issue of an overburdened parliamentary schedule, which could lead to rushed, and poor quality laws.  Also, MPs perhaps lack the expertise to truly debate and understand the intricacies of specific policies, so it is more satisfactory to give the task of legislation to specific experts in the field. A disadvantage is that the law making process can be become fragmented. With power to legislate being spread too widely leading to a lack of overall direction.

Protecting citizens’ rights is also an advantage of the system. You do have rights and it is wise to remember that.   I know, I know, I am making light of the law to a certain degree here though I hope you will enjoy my picking on the bare faced cheek (ahem) of the football supporter example to illustrate the law making point.

Via Parliamentary scrutiny the government is prevented from creating laws arbitrarily and must act within the limits of the predefined law, which limits the power of the government.  It would be unseemly for government to suddenly ban mooning and thus deny the process of debating the situation.

Overall the system is not perfect however the most satisfactory part of the process is that it is in a constant state of flux, which means that inconsistencies and flaws are always being improved upon. While at the same time the change is cautious and slow so it avoids the chaos of sudden change and maintains a predictable order while always evolving and improving.

For those of us who moan and groan at the complexities and inadequacies of our great nation from time to time, maybe a short spell in a Greek jail may restore our appreciation of the British law making process and, where is the telephone number for my local MP for I do believe there is a match coming up soon. 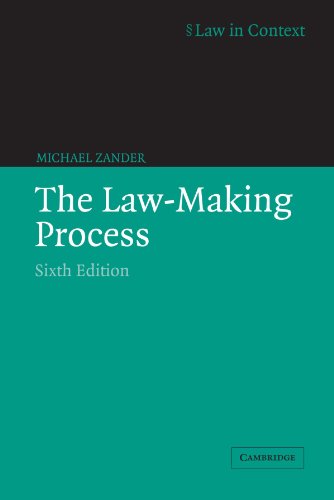 How to Write Better Law Essays: Tools and Techniques for Success in Exams and Assignments Amazon Price: $37.50 Buy Now(price as of Nov 25, 2014) 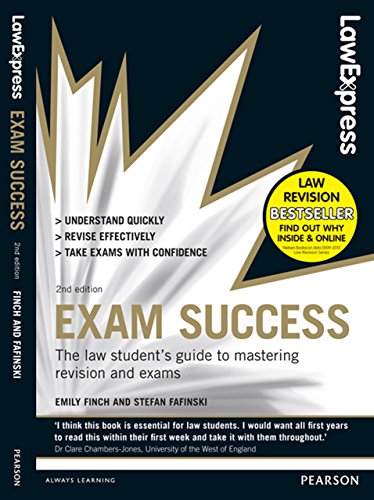 Law Express: Exam Success (Revision Guide) Amazon Price: Buy Now(price as of Nov 25, 2014)
Next >> Why You Should Have a Will