“Everything in life is writable about if you have the outgoing guts to do it, and the imagination to improvise. The worst enemy to creativity is self-doubt.” â€• Sylvia Plath, The Unabridged Journals of Sylvia Plath Be fearless. Start writing today for Infobarrel and make $$$ while you're at it.
InfoBarrel is a writing platform for non-fiction, reference-based, informative content. Opinions expressed by InfoBarrel writers are their own.
InfoBarrel > Lifestyle

The Legend of the Mermaid

Lurking in the water, mermaids are legendary creatures consisting of a human female upper body and a fish tail. Their traits are portrayed in numerous ways in literature, movies, and paintings, ranging from dangerous to benevolent. Although widely regarded as mythological creatures, they have reportedly been sighted by sailors in their nautical voyages. Even Christopher Columbus claimed to see mermaids in his expeditions to the Caribbean. Meanwhile, others still report mermaid sightings in modern day. Whether these creatures are fact or myth, they continue to enchant us with their mysterious qualities.

The earliest known folklore regarding mermaids is in Assyria, 1000 B.C. The goddess Atargatis fell in love with a shepherd boy, whom she took as a lover. In a fit of rage, she eventually killed him by accident. Guilty of her deed, she dove into a lake to hide herself. However, the waters could not hide her beauty, so her bottom half turned into that of a fish while her top half remained human.

Another story later emerged. According to Greek legend, Alexander the Great’s sister, Thessalonike, became a mermaid after her death. She swam in the Aegean sea and would ask sailors who passed by her: “Is King Alexander alive?” If the sailors answered: "Yes, he is alive and reigns and conquers the world", Thessalonike would be pleased. She would calm the waters and let the ship pass by. If not, she would become angry and create a storm, spelling doom for the ship and sailors.

Homer’s epic “The Odyssey” has also been a source of mythology regarding mermaids. Some mythologists believe the Sirens in the story were in mermaid form. The Sirens have symbolized the danger of falling in love with a beautiful woman. In Greek mythology, Sirens are a group of creatures that resemble beautiful women, but in reality are dangerous creatures that feast upon men. They use their voices to sing beautiful songs, luring in men who are compelled to follow their voices. The Sirens would then eat the men, hypnotized by their singing and beauty. Homer’s portrayal of Sirens has influenced the perception of mermaids as evil and dangerous creatures seeking to destroy men.

In the British Isles, mermaids are often seen as unlucky. In some stories, mermaids speak to sailors and warn them of their impending doom. Sightings of the mysterious creatures swimming in the water would also foreshadow bad weather ahead. Other times, mermaids have been known behave harmfully in an unintentional manner. For instance, a mermaid would drag a man underwater into the sea, unaware that humans cannot breathe. In folklore, a man might believe that a woman was drowning and dive into the waters to save her, consequently drowning himself.

However, British folklore of mermaids also portrays them as beautiful and kind. In one legend, a mermaid visited a village in Cornwall to listen to the singing of a chorister. The chorister, Matthew Trewhella, fell in love with the mermaid and promised to follow her wherever she went. They went together into the sea, never to be seen again. According to legend, if one sits above Pendour Cove at sunset in the summer, Matthew’s singing voice can be heard. In the town of Zennor, a sixteenth century chair with a mermaid engraving can be seen at the Church of Saint Senara.

Mermaids are shown as generous and kind in the Isle of Man. Stories from this region tell of humans who have assisted mermaids or given gifts, and in return, were rewarded with treasures.

The most well-known mermaid tale is from the Danish author Hans Christian Anderson, whose fairy tale “The Little Mermaid” was published in 1837. In the story, the Little Mermaid lives in an underwater kingdom as the youngest of six daughters. She sees a handsome prince and falls in love with him from afar, then rescues him from nearly drowning. Unconscious at the time, he does not realize that the mermaid saved him.

The mermaid visits a sea witch to give her human legs in exchange for her voice. The witch also places another condition on her: she must find true love’s kiss and have the prince fall in love and marry her, otherwise she will disintegrate into sea foam. Unfortunately, the prince marries a princess whom he believes to have rescued him from drowning. Her sisters persuade her to stab the prince with a knife they have given her so that so she may return to the sea. However, she cannot bring herself to do so and throws herself into the sea.

Just as she feels herself becoming foam, she rises from the air and turns into a daughter of the air, an ethereal being. The other daughters explain that it is because of her good deeds that she has become a spirit. In time, she will earn her own soul.

Today, a statue of the Little Mermaid can be seen sitting on a rock in Copenhagen, Denmark, to commemorate the tale. Tourists from around the world flock to see the statue. The story has also been adapted into a Disney film for children and adults alike. Hans Christian Anderson’s classic story has influenced the way the public views mermaids: innocent, beautiful and loving.

Mermaids Around the World

Interestingly enough, other cultures and countries around the world share their own versions of mermaids in their folklore and literature. In Eastern Europe, mermaids are known as rusalkas. Rusalkas are the spirits of young women who die early deaths before their wedding. They are beautiful young women with long green hair and pale skin who call out to men to drown them in water.

In Chinese literature, mermaids are portrayed as kind beings. One story tells of a mermaid who marries a fisherman. In another, a lost mermaid is rescued by sailors and thanks them for their actions.

It is fascinating to think that so many cultures around the world have written about the existence and behavior of mermaids. Perhaps the mermaid is symbolic about our collective desire to fully explore the four corners of the Earth. 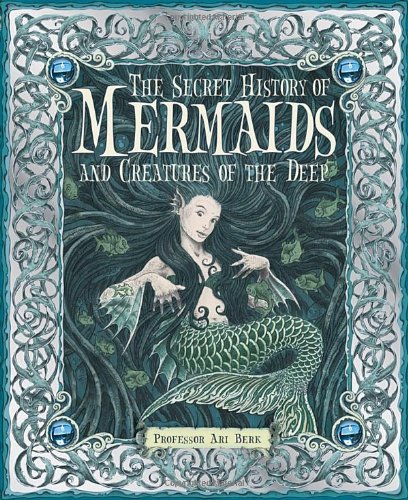 Did you know that the showman P.T. Barnum exhibited an artifact named "The Fiji Mermaid"?