John Redway - Hub for My Articles and Online Content
InfoBarrel is a writing platform for non-fiction, reference-based, informative content. Opinions expressed by InfoBarrel writers are their own.
InfoBarrel > Entertainment > Games > Nintendo > SNES

The Legend of the Mystical Ninja SNES - Classic Game Review

SNES - The Legend of the Mystical Ninja

This Ganbare Goemon game for the SNES is a true classic

When people think of classic SNES games, they understandably think of series like Super Mario or Zelda. They may even fondly remember SNES RPGs like Chrono Trigger or the Final Fantasy games. The Super Nintendo was home to an equal number of lesser known classics, games that may not be as famous but still have a dedicated following. One of the better examples of such a game is The Legend of the Mystical Ninja, an action adventure game released by Konami in 1992.

Though many young SNES fans might not have known it at the time, The Legend of the Mystical Ninja was just one game in a larger, long running Japanese Super Famicom series - Ganbare! Goemon (Do your Best! Goemon). The series would also later see release for the Nintendo 64 (two installments made it stateside), the Playstation 2, and Game Boy Color. Mystical Ninja is one of the few games in the series that actually made it overseas, most of Goemon’s adventures were released in Japan only.

The SNES version of The Legend of the Mystical Ninja contains a few translation and localization changes - such as different character names, and swapping out classic Japanese cuisine (such as onigiri rice balls) for American counterparts, but for the most part it retains it’s unique Japanese character. Among classic game enthusiasts,it attracts a dedicated following to this day due to its humor and incredible blend of adventure and platforming aspects.

The Legend of the Mystical Ninja takes place in old time Japan, and consists of nine levels, or Warlock Zones as they’re called in the game itself. Most zones have two sections - an adventure game portion taking place in a town, with plenty of shopping, NPCs, mini-games, and other diversions. You can explore for secrets, gather money by beating enemy characters, and purchase items - such as food and armor - that will help you for the second half of the zone. The second half is usually a platforming level - while earlier levels start off simple, later zones contain some of the best platforming to be seen on the SNES.

What’s great is that despite the amount of things to do, it all comes across as totally seamless. Mystical Ninja is very well focused even though it has draws inspiration from many classic game genres - no part feels superfluous or out of place. Even the third zone - which is just an amusement park filled with mini games - doesn’t stand out so much, and because of its short length it comes across as a pleasant diversion from the rest of the game. Each zone also has its own distinct character, and most levels are based on real parts of Japan - such as Edo (former name for Tokyo), Shikoku, and Okinawa (then known as Ryukyu, its own separate kingdom apart from Japan). The only downside being that some later levels require you to buy expensive items to proceed (so you have to spend a lot of time whacking enemies and getting funds) but this is a minor point considering how fun the adventure sections are otherwise.

After enjoying yourself with the exploration, shopping, and mini-games in the adventure portions, The Legend of the Mystical Ninja provides some of the best platforming on the SNES in each zone’s second half. As I said above, the first few levels are a bit simple and too easy - and in fact, some of the early zones bypass the platforming altogether. Around Zone 4, however, the game really comes into its own as an amazing classic platforming experience. There’s some really clever, inventive level design at play here - such as rotating castles, secret ninja hideouts rife with spikes and bottomless pits, and layered waterfall levels where you maneuver through both the front and background of the level to stay alive. All of it is tense, challenging, and exciting while rarely being frustrating or unfair.

The Ganbare Goemon series - especially the later Goemon’s Great Adventure for the Nintendo 64 - is known for its use of cooperative play, and The Legend of the Mystical Ninja is no different. Plug in a second controller and play as Ebisumaru (known here as Dr. Yang), Goemon’s eccentric partner. You and a friend can help each other and take advantage of various team techniques, such as piggybacking - one character rides the other, and provides support in the form of attacks. Some of the later bosses, which can be ridiculously hard (one of the game’s few flaws) are made that much easier when playing with a friend.

While there are some localization changes - such as Goemon’s name (Kid Yang in this version), for the most part the game retains its Japanese atmosphere. This was definitely a rarity at a time when games that were “too Japanese” would be subject to much bigger alterations when coming to the United States. The game is propelled forward by its lighthearted, simplistic plot, which usually plays out in well drawn comic interludes between levels. Some of the humor is probably lost in translation, but even if the jokes themselves fall flat, anyone can still appreciate its silly, offbeat atmosphere and anachronisms - such as Amusement Parks and pizza in ancient Japan.

The Legend of the Mystical Ninja stands as one of the best examples of a cult classic for the SNES. With its variety, humor, and co-op play, to this day it remains an underappreciated gem that anyone can enjoy. 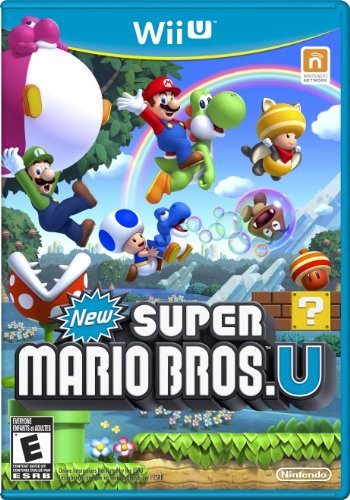