InfoBarrel is a writing platform for non-fiction, reference-based, informative content. Opinions expressed by InfoBarrel writers are their own.
InfoBarrel > Travel & Places > Places > Kenya

The Maasai: A Tribe That Has Defied the Odds of Civilization

If you like travelling, then you must have discovered one secret about travelling, and that is, travelling is about discovering. It is through visiting other places that you discover the world, it is about the exchange of experiences and learning about new places, faces and people.

The best way to understand another culture is to experience it firsthand. You’ll be charmed by the different combined faces and cultures of the world.

A vacation to Kenya is more than just wildlife and scenery. If you are planning a trip to Kenya, be assured that the real face of Kenya is found among the combined faces of many cultures. Each landscape has a different cultural significance to a different community, and the wildlife has long been an essential part of traditional culture.

One tribe in Kenya called the Maasai, which is among the 42 Kenyan tribes, has defied the odds of civilization and still upholds their ancient cultural and traditional ways of life. Maasai is Kenya's most well-known ethnic tribe, they are Nilotic semi-nomadic people located in Southern Kenya and Northern Tanzania. The Maasai speaks the Maa language which is an Eastern Nilotic language, Maasai means “My people” in Maa language.

Maasai have been cattle keepers in terms of wealth and they control large chunks of arid and semi-arid lands in Kenya and Tanzania due to their pastoralism way of life. At the height of their ascendancy in the mid-18th Century, the range lands that they occupied included the fertile volcanic lands in the Great Rift Valley, an area of more than 400,000 km sq.

Following decades of natural disasters (called Emutai in Maa language) that killed Maasai population and their cattle, the Maasai also lost much of lands they occupied. This was as a consequence of a string of natural and historic calamities including drought, smallpox, and cattle pest.

It was estimated that due to these natural disasters, 90 percent of cattle and half of wild animals perished from Rinderpest while Maasai people were hit by numerous diseases including smallpox.

These disasters were made even more worse as this period coincided with droughts where rains failed completely in 1897 and 1898. By estimates, two-thirds of the Maasai died during this period. Today, the Maasai people occupy a total land area of less than 160,000 km sq. with a population of less than one half million people.

The Maasai People and Tourists

Maasai and cattle. The Maasai control large chunks of land.

According to history, the Maasai originated from the lower Nile valley north of Lake Turkana in Northwest Kenya and migrated south at around the 15th century. They arrived into southern part of Kenya and central part of Tanzania occupying vast lands between 17th and 18th century.

These new Maasai lands were already occupied by other original ethnic groups who were forcibly displaced by the incoming Maasai while many others were assimilated into Maasai society.

Although the Maasai do not have a history of how they migrated to their present lands, probably due to their exodus being a long process that took many years, it is certain that they were guided by the Kerio River from the Rift Valley until they reached the watered range lands just east of Mt. Elgon.

On their way, they fought and pushed aside other pastoralists. They also cultivated long lasting peaceful relationships with neighboring agricultural communities who came to their aid during periodic famines. 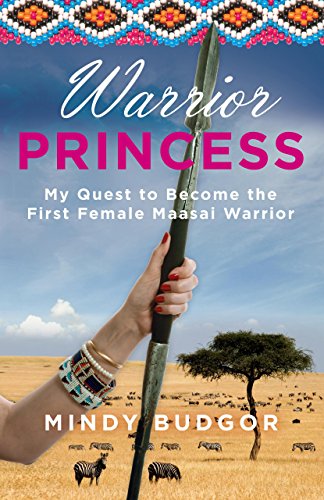 Maasai lands in Kenya were reduced further when British colonialists evicted them to make room for settler ranches, subsequently confining them to their present lands south of Kenya. Over the years that followed Kenya’s independence in 1963, more land was taken to create wildlife reserves and national parks.

The Maasai economic activities involves livestock keeping. They are cattle and goat herders. Their economy is almost exclusively based on animal stock, from which they take most of their food: meat, milk, and even blood. Certain Maasai sacred rituals involve drinking of cow blood.

Maasai people value blood and they drink blood on special occasions and rituals. For example; blood is given to a circumcised person (olesipolioi), a woman who has given birth (entomononi) or the sick (oltamueyiai).

Blood is very rich in protein and is good for the immune system. However, the supply and use of blood in their traditional diet is waning due to the reduction of livestock. Maasai also depends on cattle for building of their homes. The huts of the Maasai dwellings (Kraal) are built from dried cattle dung.

In those early years, the Maasai were considered fierce warriors, feared by many tribes. Their reputation as fierce warriors came from their spiritual beliefs that their rain god (called Ngai) gave all cattle to them, and therefore anyone else who possesses cattle must have stolen from the Maasai. This has led to some fatal altercations with other neighboring tribes over centuries when the Maasai attempt to reclaim their “stolen possessions”.

Despite of the modern civilization, the Maasai people have largely managed to maintain their culture and traditional ways of living, although this has become more challenging each year due to external factors.

Maintaining a traditional pastoral lifestyle has become increasingly difficult due to outside influences of the modern world. Due to an increase in Maasai population, loss of cattle populations to diseases, and lack of available grazing range lands due to government park boundaries, the Maasai were forced to develop new ways of sustaining themselves.

The Maasai people uphold their traditional rituals up to today. There are numerous traditions and ceremonies that are performed by Maasai men. The best known is the warrior "jumping" dance, where young Maasai warriors (morans) leap into the air from a standing position, in order to demonstrate their strength and agility.

Another famous ceremony that was performed during marriage is where a Maasai moran was required to kill a lion before getting a wife. With laws aiming at protecting wildlife, this practice has stopped, although there is evidence that it still continues in more remote regions of Kenya. 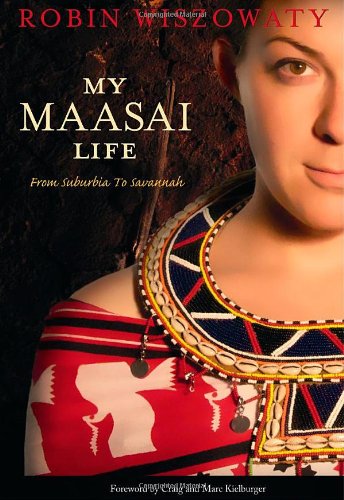 This generation is mostly made up of boys and young men between age 12 and 25 years who have reached puberty. Each young man is supposed to kill a lion before he is circumcised, although this activity of killing a lion has now been banned. Elder men perform circumcision to teenage boys who have attained the age for adulthood.

The young boys are not supposed to moan or make any noise during the cut. The boy must endure the operation in silence and expressions of pain can bring dishonor.

During this circumcision period, the newly circumcised young men will live in a "Manyatta," a village built by their mothers. The manyatta has no encircling barricade for protection, emphasizing the warrior role of protecting the community.

Circumcision for teenage girls is performed by elder women but girls are permitted to cry. Despite the Kenya government efforts to stop this female ritual the attempts have failed, primarily due to the fact that it is the Maasai women who defend the practice and often the ritual is done in secrecy. 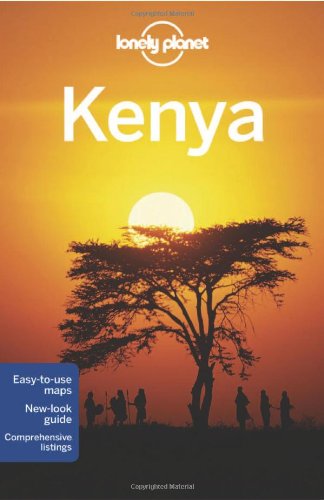 In early years, the Maasai used cow hides and skin as their clothes but since 60’s they have adopted fabric clothing. Shuka is the Maasai Maa word for sheets traditionally worn wrapped around the body.

Red is the preferred color in Maasai attire, however, blue, black, striped, and checkered cloths are also worn. The Maasai shoes are simple hand made sandals, which were until recently made from cowhides although they are now soled with tire strips or plastic. Clothing varies by age occasion and location.

For example, Young men wear black for several months following their circumcision. Bead working has a long history among the Maasai, it is done by women who use it to articulate their identity and position in society through body ornaments and body painting.

Bead work plays an essential part in the ornamentation of their body as both men and women wear ornaments. Maasai men always carry a wooden club (o-rinka) as a symbol of protecting their community.

Head shaving is a common practice in Maasai as it signifies different rites of passage. A child will be shaved upon reaching the age of three years when he/she is being named. Two days before the boys are circumcised, their heads are shaved. This does not mean that Maasai do not cherish their hair. After circumcision, the young warriors grow their hair again and spend a great deal of time styling it. 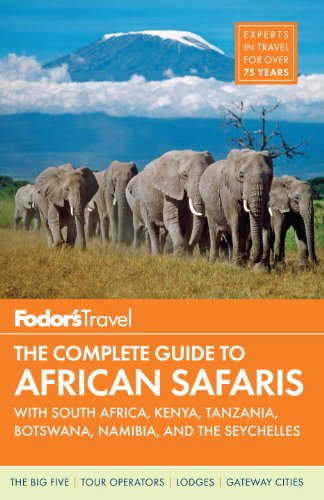 The plaited hair is often dressed with animal fat and ocher, and parted across the top of the head at ear level. This is done until when the warriors go through another rite of passage called the Eunoto to become elders, when their long plaited hair is shaved off.

For the Maasai women, the head is shaven almost all the time and if not, then their hair is kept short. Due to the diminishing livestock and land for grazing, many Maasai people have begun to cultivate maize and other crops, a practice that is viewed as negative culturally.

The ability to graze their cattle over large territories has diminished considerably in recent years. This is due to increased urbanization and the demarcation of the Masai Mara and Serengeti game reserves, which were all formerly Maasai grazing lands.

After circumcision, the young warriors grow their hair again and spend a great deal of time styling it. The plaited hair is dressed with animal fat and ocher, and parted across the top of the head at ear level.

Maasai women. The head is shaven almost all the time or the hair is kept short. 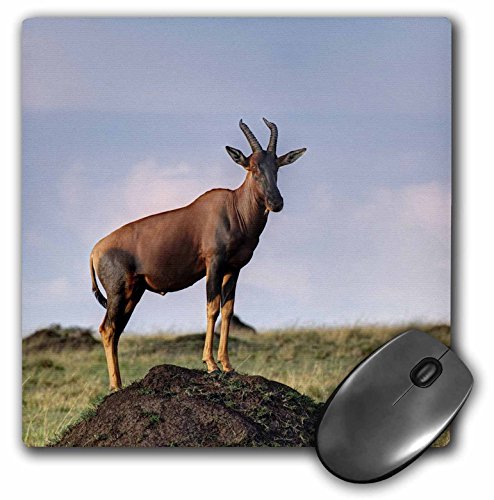 Teenage girls during one of the Maasai rituals

In recent years, some Maasai especially the young generations have abandoned the traditional way of life and looked into emerging forms of employment.  Maasai are now engaged in farming, business of selling traditional medicine, milk and milk products and women are involved in selling of embroideries. Maasai people also seek wage employment as waiters, tourist guides, security guards and watchmen.

Today you will find young Maasai men and women in major Kenyan towns and cities selling, not just goats and cows, but also beads, grains, charcoal among other items. The Kenya government has initiated many projects to help Maasai people preserve their culture and traditions while balancing the education needs of their children for the modern world.

Some Maasai have turned into farming

Maasai are now engaged in farming, business of selling traditional medicine, milk products and women are involved in selling of embroideries.

Many Maasai have moved away from the nomadic ways of life to attain great success and achievements in education.  Mamy educated Maasai men and women have acquired positions in corporate and government sectors.

Despite this upward urban trend, many urbanized Maasai men will still shun the urban clothing when they go back home and wear a “shuka”, hand made sandals, carry a wooden club (o-rinka) and feel at ease with themselves and the world.

Do you want to make money online? Join InfoBarrel

Next >> Lamu Cultural Festival, History and the Experience of a Medieval Old Town