The Man Behind The Amazon Empire - Jeff Bezos

Even if you have not heard of the popular electronic reader Kindle, it is practically impossible to spend time online without eventually being redirected to the worldwide leader in e-commerce, Amazon.  Annually, the company sells five times as many items as Walmart.com, Target.com, and Buy.com put together.  The only fact more astonishing than that is the amount of revenue they earn from selling that many items- more than $34,000,000,000 (that's $34 billion if you don't want to count.)  Per year.  Which, by the way, is larger than the GDP's of more than half the countries in the world.  Literally, more than 50% of governments across the globe do not make as much money as the shopping mall of the web.[1]

But we all know that Amazon's awesome, amazing, special, cool, and more importantly, massive.  It's a big business, you get the point.  So instead of focusing on the enormous company, let's instead look at it's background, origins, and most interestingly, it's founder, Jeff Bezos.

While the #19 wealthiest man in the world may look like he's always been on top, and indeed he has been for many years now, he wasn't always the multi-billionaire who's simple checkout service we love today.

Born in 1964 by a teenage mother, to a couple who would be divorced before had had fully mastered the potty, Jeff showed an intense fixation in building and learning about how things work.  However, it was not until he was in high school, and his mother and step-father (a Cuban immigrant, whom he believed to be his real father until age 10) moved to Miami, and Jeff really began to outshine his peers.  He was intensely enthralled with computers, and excelled extraordinarily with his academics, becoming the valedictorian of his class.[2]

Bezos went on to pursue his passion and study computer science while in college at Princeton University, graduating in 1986.  Although he had shown early signs of wanting to own his own business (like when he started his own summer camp for elementary students while he was still in high school), Jeff did not immediately attempt to venture out on his own.[2]

Instead, he ended up getting a very well-paying job on Wall Street involving computer science and finance.  He jumped around a bit, and became well known across various firms, as well as excelling at what he did, quickly rising through the ranks and becoming the youngest vice-president of Bankers Trust; all the while meeting his wife in the process.[3]

In 1994 however, Bezos had had enough of working for others, and quit his job to move to Seattle and start an online business- one which sold books.  During those early days of the web, many major brick and mortar retailers had yet to really take advantage of the internet's unique ability to connect and reach millions of potential customers.  And so, with one employee and a heated garage, Amazon.com was launched.  There's no special story behind the name, as you can probably deduce, it was named after the river.

The site took off almost immediately.  Originally, Jeff and his employee Shel Kaplan set up a system where a bell would ring every time they sold something on their website.  However, after just a few weeks, the bell was ringing non-stop, and so they needed to turn it off.  Despite the early success of the site, and the very favorable outcome to the company's decision to go public in 1997, many were still skeptical: what would happen to Amazon when established retailers like Barnes & Noble began making major online sales too?[4]

However, Amazon was able to survive the storm of brick and mortar business' transition to web-based sales, as well as the .com bubble, through continual innovation in the e-commerce world.  After experiencing and tasting the fruits of his labor with Amazon's book sales, he began acquiring and selling media behind just the printed word.  Amazon became the best shopping experience in the world for purchasing CDs and movies too, and eventually almost everything under the sun, like clothing and electronics.  As the digital age began the progress, the company stayed ahead of the curve with the sale of electronic goods in the form of downloadable MP3 songs, video-streaming, and PC digital downloads.  Over time, other well known stores began to reach out for partnerships, including Target, Toys R' Us, and Borders.[3]

Eventually, the company created a popular electronic product of its own in 2007, almost in reference to its roots, the Amazon Kindle.  Interestingly enough, the business model for the Kindle, since it was first introduced, has been to sell the item at a loss.  The reason for this?  They are confident enough that users will be pleased and purchase books and content from the Amazon Kindle Store, that they can afford to give them away for less than what it costs to build a new one.  And with that kind of confidence, it's unlikely that the company that has influenced e-commerce so much, nor the great Bezos, are on their way out of this trade anytime soon. 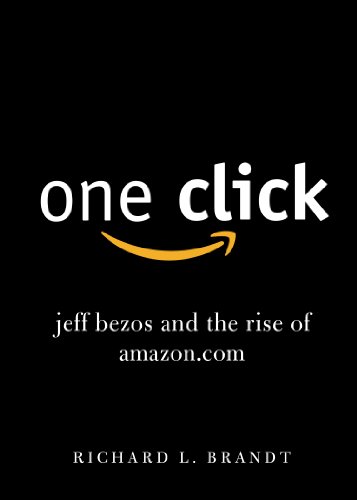