The Minorca chicken is indigenous to Spain and evolved from the Castilian, a common black chicken. The island of Minorca is off the coast of Spain. Minorca is also the port from which the birds were exported. The Minorca was further developed in England.

The Blue Andalusian is another of the Minorca group. Minorcas can have large single combs or rose combs. Those with single combs are unsuitable for frost prone areas of Canada and the northern states of the USA. The wattles and ear lobes are also large. The Minorca is also known as the red-faced black chicken. The wattles, face and comb are red but the ear lobes are white as is the skin.

The breed can be traced back to 1780 but until the early 1900s it was confined to the south west regions of the United Kingdom. By 1888 they were one of the top breeds at the Crystal Palace Show. One hundred and twenty entries were put up for judging at the Show. Although the British recognise a Blue Minorca, the more usual colours are White, Black and Buff. The eggs are very large and chalk white in colour. 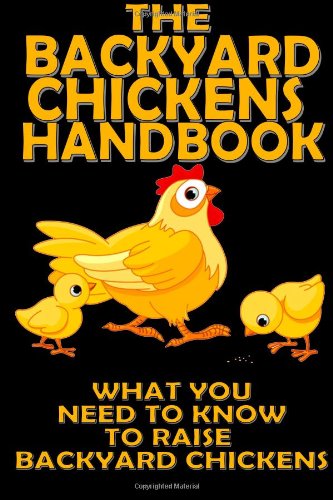 The Backyard Chickens Handbook: What You Need to Know to Raise Backyard Chickens (Modern Homesteading) (Volume 1)Amazon Price: $7.97 $7.17 Buy Now(price as of Jul 20, 2013)
This volume emphasises best practices when managing a flock of chickens.

The Minorca is the heaviest of the Mediterranean breeds. Cocks weigh around 9 pounds and hens 7.5 pounds. It was originally a utility bird, laying a good number of eggs and providing a fleshy, succulent carcass for the table. Because breeders are less inclined to breed for production, some strains now lay less prolifically. Modern Minorcas are no longer such a good meat bird either as they are slow-growing, narrow and angular.

The Minorca has a very stately stance and often appears larger than it really is. The body is long and angular, and the large, wide feathers are held close to the narrow body. The tail is long. With its red face and white ear lobes, it is a eye-catching bird. If the combof the cock is single it should not fold over but stand upright. Serrations in the comb need to be clearly defined and evenly spaced.

For show purposes, the ear lobes should be more oval than round in shape and should measure 7cm by 3.8cm and be soft and smooth to the touch. The (single) comb of the hen may fold neatly to the side but must not obstruct the hen’s vision. The serrations again should be clearly defined and even. The ear lobes are more rounder in the female. The face is smooth and clean with no feathering. If the bird has a rosecomb, it should fit closely to the head. A good rosecomb should be evenly covered in small points. 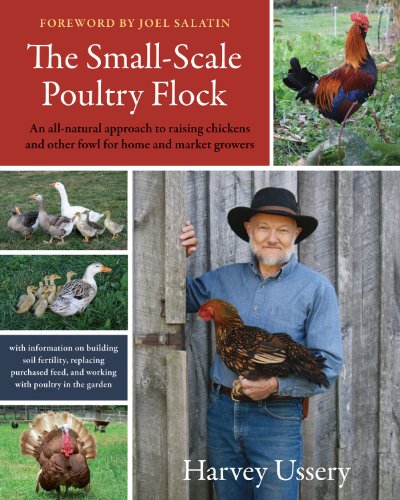 The Small-Scale Poultry Flock: An All-Natural Approach to Raising Chickens and Other Fowl for Home and Market GrowersAmazon Price: $39.95 $26.54 Buy Now(price as of Jul 20, 2013)
This very comprehensive guide offers a practical model for working with domestic fowls, based entirely on natural systems.

They are classified as a Mediterranean type by the American Poultry Association and are closely related to the Black Spanish and the Castilian Black. The ear patch is quite large and white reminiscent of the White Faced Black Spanish. White Minorcas were once common in the United States but latest estimates put numbers at perhaps 100. The Minorca also comes in a bantam size with a single or rose comb. It is not particularly hardy in winter, is not inclined to go broody nor is it particularly docile. It is most often kept for exhibition.