The name Affenpinscher comes from the German words 'affe' (ape/monkey) and 'pinscher' (terrier).[1] Conflicting reports have risen about when the breed was created, but the original breeders apparently wanted to utilize them for rodent control. Though still a relatively rare breed, the 21st century has seen a rise in apparent interest in Affens.

Affenpinschers have wiry fur and can be found in a variety of colors, though black is most likely. Their long eyebrows and bearded face helped contribute to their name. Affens share a resemblance with the Brussels Griffon and the Miniature Schnauzer, possibly because they may share common ancestors.

Usually, they stand somewhere around 10 inches tall and can often weigh anywhere from 6 to 14 pounds. Ancestors of the modern breed are thought to have been slightly larger, perhaps averaging about 12 or 13 inches in height.

Affens have been described as loyal, spunky and stubborn. They tend to make good pets for families with older children, but may not have the patience for younger and/or more rambunctious children. Additionally, they often get along well with cats and other dogs. However, the breed might not be recommended for people with pets such as gerbils, hamsters, ferrets and other similar animals, likely due to their 'ratting' instincts.

Known to be very alert and protective of those they share a bond with, Affenpinschers may sometimes have to be held back from getting into fights with larger dogs and other animals that they view as a threat.

Affenpinschers can be contenders in agility and obedience competitions, and their entertaining personalities can make for good therapy dogs.

Dogs of this breed often live for 11 years or more.[2] They can be prone to fractures and other bone and joint issues. Additionally, heart murmurs, Periodontal Disease and respiratory problems can be particular issues.

Affenpinschers have been considered good apartment dogs as they usually require relatively little exercise and tend to shed only small amounts of fur. In fact, it has been encouraged to keep them indoors or, if allowed outside, keep them supervised or within a fence. This seems to be at least partially due to their tendency to be willing to pick fights with bigger animals. 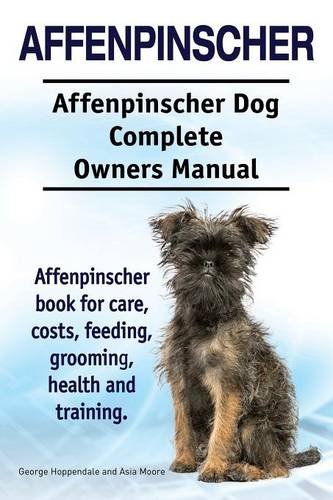 Caring For a Golden Doodle