Drop by after registration closes for the 2013 race for an updated version of "The Most Interesting Iditarod Mushers".
InfoBarrel is a writing platform for non-fiction, reference-based, informative content. Opinions expressed by InfoBarrel writers are their own.
InfoBarrel > Sports

The Most Interesting Iditarod Mushers - 2013

The Iditarod is run each year in early March. Teams of up to 16 dogs race over some of Alaska's most unfo

The cermonial start takes place in Anchorage with a restart in Willow before the mushers and their dogs travel more than 1000 miles to the finish line in Nome.

Along the way, they may encounter blizzards, deep cold, overflow and mind numbing exhaustion.

Each musher is a true athlete, with a unique story and each year we showcase the most interesting among the bunch.

Here are the 2013 picks. There are some returning favorites and some new faces.

Drop back right after regristration for the 2014 race closes and visit again in the weeks and days leading up to the Iditarod start. The list may change closer to race day.

Seavey made history in 2012 by becoming the youngest musher to win the Iditarod.

On 2011 he won the Yukon Quest, and is one of only four mushers to hold both titles.

The 25 year old grew up helping Dad Mitch (2004 Iditarod Champion) around the dog yard, so mushing is in his blood.

Can he make it two in a row?

Will a second try at the Iditarod be a good omen for the 29 year old twins?

of long distance racing in Alaska.

Kristy successfully completed the 2012 Yukon Quest with a 9th place finish, and she picked up the Vets award for her care of her dogs.

It's been a challenging few years for Marshall in the sport so it will be interesting to see how he performs in 2013.

One of Marshall's major sponsors is Jimmy Buffet,

Experience on the Trail - Jeff King

Like Lance Mackey, King knows how to run the race and play the mental game on the trail.

He won the Yukon Quest in 1981. King has four Iditarod's championships.

Back on the Trail - Rudy Demoski Sr.

It's been almost four decades since Rudy Demoski Sr. ran the Iditarod.

The year was 1974 and he posted an impressive fourth place finish.

The 67 year old form Anvik, Alaska got sponsorship to enter this race this year.

He says he's not getting any younger. 2013 is the year to hit the trail.

Fifty-nine year old  DeeDee Jonrowe holds the fastest time of any woman in the Iditarod. In more than two dozen starts she has fourteen top ten finishes.

In 1996 a car accident claimed the life of her grandmother and left her husband Mike with life threatening injuries.

In 2002 she was diagnosed with breast cancer and underwent a double mastectomy and aggressive chemotherapy. She ran the grueling Iditarod just a month after her last chemo treatment.

She is a strong believer in the power of faith, a motivational speaker and a tireless spokesperson for breast cancer awareness and fundraising.

She's easy to spot on the trail with her bright pink gear.

Forty-three year old Aliy Zirkle made history in 2000 when she became the first woman to win the Yukon Quest.

Since 2001 she has concentrated on the Iditarod crossing the finish line 11 times. Her best finish was in 11th in 2005.

Zirkle is married to musher Allen Moore who came in second in the 2012 Yukon Quest, finishing just 26 seconds behind Hugh Neff.

Forty-two year old Lance Mackey dominated long distance sled dog racing in Alaska and the Yukon for much of the last decade.

He won the Iditarod four times.

He won the Quest four times.

Mackey knows how to play and compete. He is a master of the physical and psychological nuances of the Iditarod.

It's in the Blood - Mitch Seavey

Mitch's interest in the Iditarod was sparked when his dad Dan ran the race in 1973.

It took eleven tries, but Mitch won the Iditarod in 2004.

Can he unseat his son Dallas this year?

long way from Brazil to Nome Alaska but Luis is up for the challenge.

At home in Brazil he owns a pet shop and specializes in obedience classes.

His dream is to go to veterinary school and breed dogs.

Who Will be the Lead Dog?

Keep an eye on these mushers.

One of them may make Iditarod history.

They are a diverse and interesting group. They and their dogs are superb athletes.

Fifty-four mushers are signed up for this year's race.

The Iditarod starts in Anchorage at 10 am on Saturday March 2nd, 2013.

Watch the Iditarod from Your Living Room 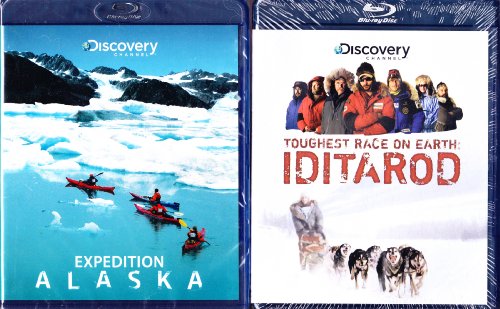