Like what you read? Check out AlphaDark.com for more content just like this!
InfoBarrel is a writing platform for non-fiction, reference-based, informative content. Opinions expressed by InfoBarrel writers are their own.
InfoBarrel > Entertainment > Music

The Most Underrated Metal Bands Your Kids Will Never Hear

The glory days where great bands go from junk pile flats to stadium conquering tours are at an end.  Much of this has to do with piracy, record labels, and pop music/DJ culture.  The kids these days listen to soulless house "music" that somehow continues to rear its ugly head.

Man, it really pisses me off.  You have Justin Bieber out there making more money performing in front of more people than bands that had more talent in their left big toenail than he does in his entire body.

I have the solution.  We need to bring back the real music, the stuff of legend that packed more soul and feeling into their songs than few people can understand.  Grab your guitar-player-wanna be kid and behold the most underrated metal bands to ever rock the planet.

You gotta be kidding me.  How can a band with this much riff-lording simply fall through the cracks? Sure, they still tour and put on a great show, but rarely ever do you see mention of it, or find their classic albums in the top-tier lists.  Jeff Waters was listed as number 3 in Joel McIver's book 100 Greatest Metal Guitarists.  He writes some of the most inspired, fantastic, and powerfully catchy thrash riffs you will ever hear.  If you like Megadeth, you will love Annihilator.  It's just too smart for the average music "bro."

Songs you need to hear: "Knight Jumps Queen," "Alison Hell," "Set the World on Fire," "The Fun Palace," "In the Blood"

Most metal bands today have screaming, yelling, brutal, inaudible front men that quite frankly have brought on the slow demise of the metal scene (metal itself will never die, but the live scene sure can).  Then you have Midnight, a guy with pipes from heaven (or hell?).  A male rival to Mariah Carey, this guy can flat out sing.  Not only that, but the band sews together some of the most creative riffs into track after track of inspired content.  Another band you rarely hear about unless you are from Tampa, Crimson Glory should be at the forefront of vocal accomplishment in music.

So your daughter looks like this.  It probably means she's smart.

Again, I just don't understand it.  It must have been poor marketing or lack of vision from the record labels, but this band deserves more than its fair share of accolades.  Yes, I know the death of Criss Oliva was tragic and certainly brought the band down in many ways.  A horrible, horrible loss to the music world.  Their albums showcase some of the most bad ass guitar tones you will ever hear.  Another band that had a ton riding on its unbelievable vocal performances, Savatage will delight and convert the average rock "dude" into a full blown classic metal fan.

Tell your kid about these: "Hall of the Mountain King," "Legions," "Edge of Thorns," "Gutter Ballet"

Another vocal monster, King Diamond can only be heard by dogs at times.  Mercyful Fate songs may delve into the realm of "creepy", but that's what makes them unique.  Creepy and riff city? I am in.  Famously inspiring Metallica, Mercyful Fate have produced some of the most brilliant albums in metal history, such as Don't Break the Oath.  If you are looking for the perfect soundtrack for your metal Halloween party, look no further.  The kids these days will ignore them, and what a mistake it is.

The vocal gods keep coming.  Although this band has been "torn" recently into two bands with essentially the same name, their legacy can't be denied.  Geoff Tate could possibly be the best metal vocalist of all time, but apparently he is a real ego maniac.  In my opinion, Operation Mindcrime is the best concept album of all time.  From start to finish the story and songs are unparalleled.  The quality of their work began to wane a bit in later years, but I still smack my head every time I hear a metalhead say "never heard of 'em."

Your next album: Operation Mindcrime.  I'm telling you, just listen from start to finish and tell me I am wrong. Well, there you have it.  The most underrated metal bands that your kids will probably never hear.  Too bad, because drawing influence from these legends will surely improve your prowess as a song writer and technical musician.  You just can't fake greatness.  Until next time, keep rocking, and keep diggin' for gold, there are great bands still waiting to be discovered.

Disagree? Let me know in the comments.

Must read for any guitar player 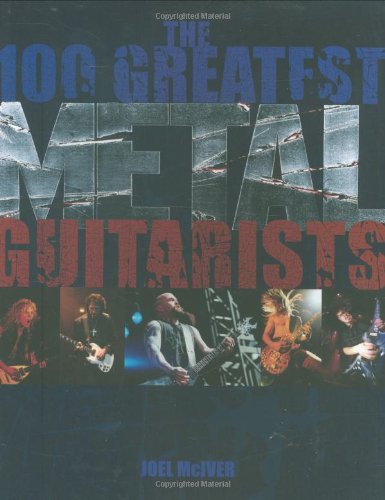