If you want to experience more of U2's work, check out www.twitter.com/u2lyrics.
InfoBarrel is a writing platform for non-fiction, reference-based, informative content. Opinions expressed by InfoBarrel writers are their own.
InfoBarrel > Entertainment > Music

The Music of U2

Bono's Messiah complex can get annoying.The song "Staring at the Sun" from 'Pop' kind of sucks.

In 1985, when I was just 12 years old, my older brother came home from baseball practice with a cassette tape in his hand. He came into my room and put the tape in my portable cassette player that was all the rage at the time. He pressed play, and from that player came the sweetest sound I ever heard. It was haunting and beautiful at the same time, and it was completely different than anything I had ever heard before. The song I listened to that day was 'Bad', the album was 'The Unforgettable Fire', and it remains today one of my favorite U2 songs and album of all time.U2 is an Irish rock group that was formed in the late seventies and continues to release albums today. They consist of four original members: Larry Mullen Jr., who plays drums; Adam Clayton, who plays bass; The Edge, who plays guitar, and Bono, of course, who sings. Most people who have heard of U2 know a couple of popular songs that are played regularly on the radio. "With or Without You", "I Still Haven't Found What I'm Looking For", "Pride", etc.But that only scratches the surface of their music.With a career spanning more than 30 years and 12 studio albums, there is a lot to discover about them.

Some people consider the music of U2 largely political.While it's true that members of the band do not shy away from political activism, there music can be interpreted in many ways.U2 has a unique way of appealing to the masses while at the same time making their songs very personal to the individual listener.Their music have had similar themes throughout the years, including gospel, spirituality, love, loss, and social commentary.People of all social and political backgrounds can relate to their music.U2 writes all of their own music and lyrics, with Bono and The Edge doing most of the composing.

The band has gone through a few transitions over the years.Their earlier recordings have a more alternative/punk sound that was emerging during the late 70s/early 80s with the albums 'Boy', 'October', and 'War'.Next came 'The Unforgettable Fire' in 1984, which had a very surreal and abstract vibe throughout the album.Then there was 'The Joshua Tree', which is probably still their most well-known, and leans toward more of a rock and roll sound.'Rattle and Hum' was recorded while the band was on tour and includes live tracks from 'The Joshua Tree' and some new songs which were influenced by the blues.Although their  rock and roll sound continued on their next album, 'Achtung Baby', there were also signs of a more techno influence.This became apparent on their next two albums, 'Zooropa' and 'Pop'.'Pop' especially went into a completely different direction than the fans were used to hearing; it was techno, industrial, and dance all in one album.It turned off some of their fans but to U2's credit, the lyrics on the 'Pop' album remained as relevant and inspirational as any of their past albums.Still, it was difficult to get past the music to appreciate the lyrics.Never one to let their fans down, U2 went back to their roots in 2000 with 'All That You Can't Leave Behind'.'How to Dismantle an Atomic Bomb' followed in 2004, and their latest album, 'No Line on the Horizon', came out in 2009.These also are classic U2 albums, combining the spirituality, passion, and personal lyrics that the band is known for. This is not a complete list of their releases, as they have a few live albums and greatest hit compilations as well.

U2 is also very well-known for their touring and live performances. They tour all over the world and still sell out to record crowds. They usually play large venues such as sports stadiums and arenas. Seeing U2 live is unlike any other concert experience. The energy that they put out with each tour is incredible.

It is extremely rare that a rock band has been able to last as long as U2 have. Even bands that last as long usually do not have their original members. It is even more difficult to stay relevant after 35 years. U2 have managed to do all those things and then some. Like them or not, there is no denying their presence and their influence in the world today, not just musically, but socially as well. 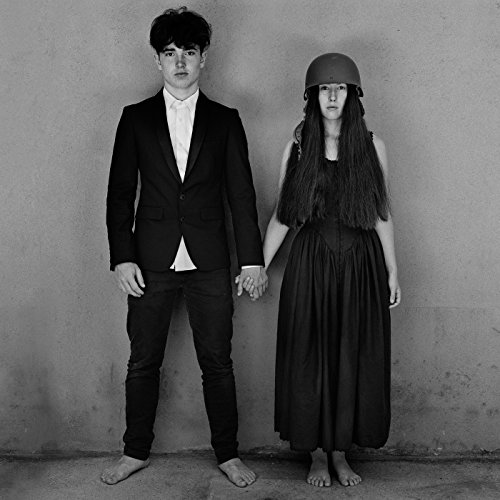 Songs Of Experience [Deluxe Edition] Amazon Price: $10.79 Buy Now(price as of Jun 15, 2018)
The latest U2 album, 'Songs of Experience', was released in 2017.
Next >> Learn to Love Classical Music. Find Out What Amazing Songs You May Have Been Missing!