As a student of Russian History I like to explore many topics from Imperial history to post-Soviet history.  Here are two other articles about Russian History you might enjoy:  http://www.infobarrel.com/The_Soviet_Experiment_part_two  http://www.infobarrel.com/The_Soviet_Experiment_part_one
InfoBarrel is a writing platform for non-fiction, reference-based, informative content. Opinions expressed by InfoBarrel writers are their own.
InfoBarrel > History > 1900-1945

Overtime Marx believed that society would transition to a new structure.  This structure would take the form of a mercantilist society controlled by a King who shared powers with a merchant class, the bourgeoisie.

The ultimate phase of transformation and the structure of government depends on one crucial element in the merchantilism model.  Eventually, the monarchy would begin to expand and during his expansion merchants would be needed to gather raw materials and develop new means of production and labor for the Kingdom.  During this process, reforms would be enacted that transfered power to merchants.  Ultimately this would lead to a purely capitalistic model of government where the merchants now controlled the state and means of production.

Marx was unsure how long this model of government, capitalism, would last for.  But, he believed that eventually the proletariat would rise up and overthrow the capitalist system.  During this process they would seize the power of the government and means of production for themselves.  This occured in the Russian Empire during World War I in a period known as the October Revolution of 1917.

The Communist Manifesto is the blueprint to what an ideal Communist state would look like.  It was used during the October Revolution and later revolutions as a guide to form a new communist state.

The Russian Empire had long since dominated a wide mass of territory in Europe and Asia.  During World War I, Tsar Nicholas II led the charge against the Second Reich.  His military was failing to gain ground and by 1917 millions of Russian soldiers had perished.  The loss of life and failure to main gains against the Germans on the Eastern Front provoked mass resentment in the Empire.  Citizens were looking for a new government to lead them and Tsar Nicholas II was forced to abdicate the throne.

Due to the constant military setbacks many people wanted the Russian Tsar to abdicate the throne.  New political forces were emerging split along republican and socialist lines and the February Revolution produced a massive armed revolt.  This led to Tsar Nicholas's abdication.  The Russian Provincial Government was formed between capitalists/republicans and the socialists.  This was set up along side the Petrograd Soviet Assembly and the system was meant to share power between the new political forces that had emerged in Russia:  Socialists and Republicans.  However, many citizens were not swayed by the new system because it honored the military arrangment with the allied forces.  Russian soldier were still being killed on the Eastern Front and the Germans were still advancing.  People were starving as much of the provisions, bread, was being sent to feed the soldiers.  This would lead to the October Revolution in which the Communist forces under Lenin and called the Bolsheviks seized complete power from the provisional power.

The October Revolution was an organized revolution in Petrograd (St. Petersburg) by the communist forces under Lenin.  They seized control from the constitutional assembly or also known as the provisional government.  Local soviets were established throughout the former Russian Empire.  These soviets were small, local, assemblies and they were dominated by Lenin's Bolshevik party.

The soviets immediately gave power from the provisional government that had shared power equally between socialists and republicans to the Bolshevik party (communist party).  The Bolsheviks then established the Russian Federative Socialist Republic.  This would become the world's first socialist state.  The October Revolution was spearheaded by the communists in Petrograd.  They used the public's discontent for both the Tsar and provisional government to foster that into an armed rebellion.  This rebellion was successful in seizing power from the last monarchists, republicans, and peaceful socialists who were willing to compromise.

After the October Revolution which happened in November by the Gregorian Calendar the Bolsheviks began to reorganize the state in accordance to Lenin's vision of marxist philosophy.  However, the road to a utopian communist government which was idealized by Marx would not be easy.

There would be massive backlash around the world to the new communist government because this type of government would threaten liberal western governments and even social democrats.

Because of this many western powers, following World War I, sent troops, aid, and money to both the white army who were the anti-bolshevik forces.  However, they failed in their goals and by 1922 the Russian Civil War had ended in a Bolshevik Party victory. 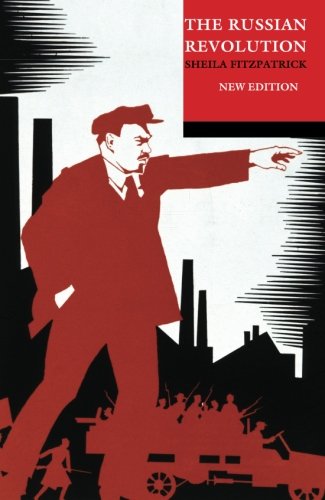 The Russian Revolution Amazon Price: $19.95 $10.10 Buy Now(price as of Jul 8, 2015)
Next >> The Sinking of the USAT Dorchester and the Incredible Acts of Bravery That Tragic Night