Have you ever woken up without the ability to speak or move? Did you see a strange, shadowy figure sitting on top of you? Many people around the world have experienced this strange phenomenon. Science claims that they have an explanation for this, but many people are skeptical. Sleep paralysis and what they call "Old Hag Syndrome" are two possible reasons behind those terrifying nights that you may have experienced.

Back in the olden days, people believed that demons could come to you in the night and try to suffocate you. There have been numerous accounts of this and famous paintings depicting this scenario. Some call it the "old hag", explaining that a scary looking old woman would approach their bed at night. Others have called it an "incubus", a dark demon that tried to kill you in your sleep. Whatever the explanation is, this is certainly alarming.

In order to tell you more about this condition, I would like to explain my own personal encounters. When I was about sixteen years old, I woke up in the middle of the night. I tried to get up, but I could not move a muscle in my body. I was wide awake, and I was screaming as loud as I could internally, but something was preventing me from making a sound. I was utterly terrified in this moment. When I looked around the room, I could see that my doorway was open and the hallway light was on. When I look at the end of my bed, a saw the figure of a dark, tall man, and he was sitting on my legs. He moved his head slightly to the side and his big, cold hands pressed down on my legs so hard that I thought they were going to break. After about ten minutes or so, I was able to get up and move. I couldn't believe what had just happened to me. After that, I experienced nights where I would wake up and see the same tall figure staring at me through the hallway. He was just standing there, and I couldn't even move because I was so scared.

When I got a little older, it seemed that these events stopped for a while. However, when I got to college, the same things started happening again. I was laying in my bed in my dorm room. I woke up, opened my eyes and that feeling overcame my whole body again. I could not move or speak, and I was screaming out. I was actually sweating a lot, and I felt weak, almost like I was dieing right there. When I finally was able to get up and be released from the strange figure, I ran right out to the hallway to my RA. I could barely speak from what has just happened and I told her that something just didn't quite feel right. She took me to the emergency room that night. We waited for hours until finally, the doctor came in and diagnosed me with "the common cold". I was more than angry at that point. They just couldn't believe or even understand what I had been through. It upset me most to know that I felt like there was no one that could help me. I felt completely helpless in that moment in time. 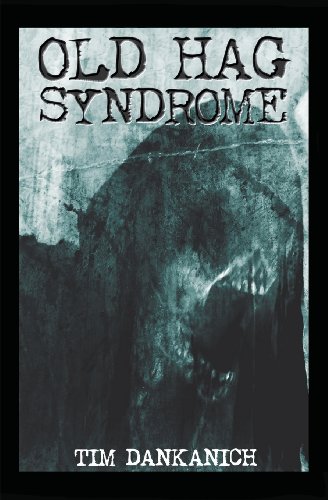 Despite the strangeness of these occurrences, doctors claim that it can simply be explained by the medical condition sleep paralysis. Sleep paralysis is when you awaken, but your body is still in a deep sleep process. It is called a "waking dream". You cannot move your muscles or speak because when you sleep, your body locks up, preventing your from getting up and acting out your dreams at night. For people that have a sleepwalking problem, their body does not go through this crucial process at night, thus causing them to get up and move around throughout the night.

This theory seems to explain the paralysis, but it does not begin to explain the vivid entities that people around the world have seen sitting on their chest and bodies. The scary thing is that around the world, thousands of people have reported seeing the same exact two figures; one of a tall dark man and one of an old woman who looks like a hag. (Hence, "Old Hag Syndrome") If this is true, then how are so many people reporting the same things? Does this mean that these entities are real spirits or demons that haunt people in their sleep? It is something that science to this day has not been able to explain.

"Old Hag Syndrome" affects thousands of people every year. Although science says that all of this can be explained simply by sleep paralysis, there are matters that are left unexplained in many people's minds. If everyone is seeing the same thing, what could that mean? Is there some type of portal or spirit world that these entities come through? Can we get stuck in this vortex of terror and frightening experiences? These are all questions that we wish could be answered so simply, but they are not. There are some things about this world that we will probably never be able to explain, and that's what is the most terrifying.