Follow Me on Twitter @ DebW07 and on my blogs: Introspective Pics DebW07 Do you like to write? Would you like to earn money writing articles?  Start here: Write for Info Barrel today!
InfoBarrel is a writing platform for non-fiction, reference-based, informative content. Opinions expressed by InfoBarrel writers are their own.
InfoBarrel > Business & Money > Jobs & Careers > Self Employment

Not For General Consumption

I wonder if a sushi chef would ever conceive of concocting the dish that Squidoo writers were asked to swallow on Friday, August 15, 2014. That's when the official announcement that HubPages was acquiring key content from Squidoo was posted online. Squidoo writers were officially notified by email 4 days later, on August 19, 2014. It seems to me, if Squidoo truly valued and respected their writers they would have notified us first or at the very least at the same time as the official announcement, and they would have given us more than two weeks to make a decision.

In addition to catching everyone by surprise, my impression of the flowery worded announcement from Seth Godin, head honcho of Squidoo, reeked of disingenuousness. Godin began his statement by referring to his disclosure as "good news." Really, for who? Not for the many faithful Squidoo writers (Squids and Giant Squids) and Contributors, but rather, I assume the good news was for Mr. Godin. In addition, apparently Godin and Hubpages CEO and Co-Founder Paul Edmondson had at least one conversation about "The best way we know to serve our users . . ." Just what is the best way, gentlemen? Here's what the two top dogs came up with; ". . . give them an even better place for their content." That's sweet, guys.  Apparently, after brainstorming it "became clear" to both fellows "that 'combining' these platforms leads to a stronger, more efficient, more generous way to share great stuff online." Hmmm . . . but wait a minute, the two sites were not combined. The statement appears to say two contradictory things. Combining platforms seems, to me anyway, to be different than acquiring key content. "HubPages is acquiring key content from Squidoo. . . . Squidoo is moving the best of its content to HubPages."

The official announcement was made just two weeks prior to the deadline of August 29, 2014 to agree to the transfer or delete your account. It appears if a writer fails to act, his or her work will automatically move to HP. Here's the artful wording used to explain the time (or lack thereof) of the move, "We're doing this now so we can have as much in place by October 1 as possible . . . just in time for Halloween." Wow, that Godin, always looking out for his people. . . . She said, sarcastically! In truth, I picture Mr. Godin writing his announcement with a great big sardonic grin on his kisser.

How the Squidoo/HubPages deal likely went down . . .

Credit: by RoseWrites on InfoBarrel 26/08/2014 Copyright - All rights reserved. Photo used by permission of the owner, RoseWrites

Wait! You Can't Sell What You Don't Own

Initially I wondered how the news would affect those of us 'Squids' that already had HP accounts. It didn't take long to find out, someone asked this question in the Contributor Facebook Page – and I was suspicious of the answer. We were advised that we had to transfer our lenses through the method provided by Squidoo and create a new HP account.

Not only did that make no sense to me, it also didn't sit well. Why would a Squidoo writer who already had an HP account have to create a new one? Why? The only reason I could come up with is the reason a number of others had concluded . . . someone other than the writer was hoping to make some cash from the transfer of these lenses. Duh.

Well folks, here's something interesting – you can't legally sell something you don't own (without the permission of the owner). That's not to say these types of transactions don't happen, unfortunately they do. But here's the good news, unauthorized sales are never upheld in court – well, The People's Court, at least.

I already have an HP account and I don't want a new one! When I signed-up with Squidoo (and all the other writing platforms for that matter) I agreed to share any revenue generated by my articles, but I did not agree to give up my rights of ownership to my content.  So, I can decide to press that big green friendly button or I can do what I've decided to do, delete my lenses and account and place my articles wherever I choose. It's that easy.

Thank You But It's Still My Work

Credit: Squidoo Contributor Program/DebW07In January of 2014 Squidoo announced the implementation of the "Contributor" program. "Giant Squids" were invited to apply, and a select few were chosen to participate. I was selected and assigned my chosen niche. Early on we were given access to a special Contributor Forum, Facebook Page, and we were invited to participate in chat room conferences, and all these extra perks helped to build a comradery between the contributors and Squidoo staff (minus Godin - he was not actively on Squidoo while I was there). In addition, we were all encouraged to write quality content and ask other writers to contribute quality content in our chosen niches.

The acquisition by HP allows Contributors to transfer their own articles/lenses but discontinues the program and status of a Contributor (not a very tempting offer). I am going to miss my fellow Contributors. They are a bunch of truly talented writers and a bunch of really good people.

A few months ago, Squidoo rolled out another feature that they called the "Best of." These were lists of lenses considered to be the best of the site on a particular topic, such as the Best of Music, etc. Once again, I was happy to have my work recognized with several of my lenses selected for these lists.

It is these Best of (in addition to Contributor, "Purple Star" and "Lens of the Day") lenses that I suspect Squidoo will be anxious to transfer first. It is also these lenses that I deleted from my account first. Although I am grateful that they were chosen, they were meant to be the Best of Squidoo not HP. 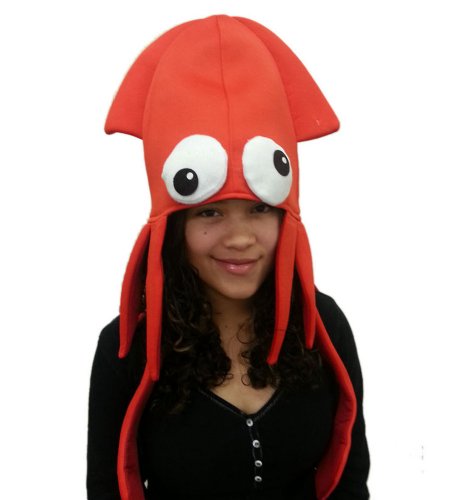 'Hub Sushi': Some may Like It - Others Will Not

So, I'm not authorizing the transfer of my lenses but what happens to the writers who do? Well first of all, Godin has clearly stated that not all lenses will be transferred, only the "highest

Credit: DebW07/Introspective Pics.rated and most useful content" will be transferred. Thus, if your work is not deemed to be transfer worthy, you are warned to go to your dashboard and download your work so you "can keep it forever." In addition, lenses transferred to HP will most likely go through a review process and must pass their standards. They will be turned into Hub Sushi – chopped up and made to look like an HP "Hub."

I began this piece with the title, "The Online Giant Squid Becomes 'Hub' Sushi: Squidoo Lenses Turn Into Hubs," and then I asked the question of whether or not a sushi chef would ever conceive of concocting the dish that Squidoo writers were asked to swallow. After perusing the official announcement and subsequent email, I must say no. I doubt even the shrewdest and most malicious of chefs could come up with such a dish – well, perhaps with the aid of some magic mushrooms – no, no, not even with that. No sushi chef would ever create the cuisine of Hub Sushi, the foul smelling squid dish that looks pretty but leaves a bad taste in your mouth.

Here's how they tempt you; "The Squidoo team has always been focused on what's best for you . . . (HP) has built a platform that will help you reach your goals even faster than we can do it alone . . . opens the door for even more 'magic.' Have fun. Make a ruckus. Do good work. Thanks for the magic you make, and for being kind and generous."

Beware, however, because once you take a bite of Hub Sushi (by clicking on that welcoming green button), you just might get a bad taste in your mouth. Especially when you realize that someone could be making money from your work in a way you hadn't anticipated, or would've authorized had you realized what they were doing.

In Mexico we have a word for sushi:  bait  ~José Simons 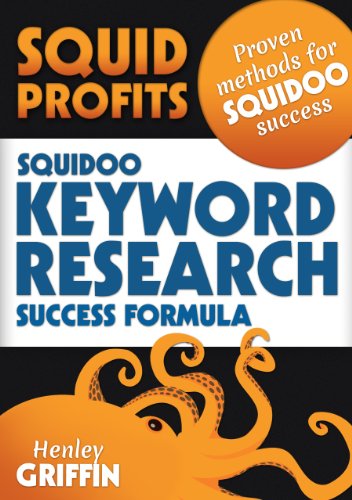 Can Squidoo Do This?

Should Seth Godin Be Investigated for Selling Squidoo?