http://www.infobarrel.com/signup.php?ref_id=75055
InfoBarrel is a writing platform for non-fiction, reference-based, informative content. Opinions expressed by InfoBarrel writers are their own.
InfoBarrel > Entertainment > Music

The Osmonds: Where are they Now?

Where are they Now?

The Road to A Successful Osmond Career

You will perhaps not be familiar with the names of Virl Osmond  and Tom Osmond as they did not feature in the original line-up of the Osmonds, the highly successful singing brothers. They were both born with a hearing disability so they were not able to join in with the family singing. Before Tom, whose disability was more severe than Virl's had to go away to a special school for the Deaf, he would help his brother to look after the farm in Utah by milking the cows, tending the crops and keeping the garden free from weeds.

Virl was able to go to the local school but was bullied because he was different. He became introverted and was pleased to finish his studies and leave school and study design at University.

The whole of his family was highly religious and it was natural that Virl wanted to go on a mission for his church, The Church of Jesus Christ of Latter-day Saints. A deaf person had never been sent on a mission before so he felt very privileged to be chosen to go to Calgary in Canada to help to teach the deaf children. His brother, Tom, also joined him after he had graduated.

Virl returned from his mission work and, prompted by his mother, ran the Osmonds Fan Club. The Osmonds' mother was concerned that the fan mail the brothers were receiving must be read and replied to. As the Osmonds were now celebrities there was a huge amount of fan mail. Their mother was surprised at how many letters referred to their Mormon religion.

Donny and his sister, Marie, split from the rest of the Osmond singing brothers to develop a duo career but the 'Donny and Marie Show' was cancelled and all went their different ways.

Virl moved to California to work in a design centre but the job and many others were terminated. Virl then dabbled in various jobs like working in a travel agency and in insurance.

Then he returned to Branson, Missouri to work at the Osmond Brothers Theatre.

Where is Virl Now?

Virl is now back in Utah, together with his wife, Chris, a writer, who has supported him constantly throughout their married life. In 2009 Virl was in a car accident that resulted in a stroke. He is now recovering slowly with the loving care of his family.

Tom was born severely deaf and was not involved in the family fame in the early years. He joined his brother to do mission work but has worked in the Postal Service in Utah for many years.

As well as lead voice with the Os

Credit: Osmond websitemond Brothers, Merrill was a solo artist, a writer and a producer. He wrote words and music for 5 Number 1's.

Like several of his brothers he has been highly involved in fund-raising for his personal charity groups like The Children's Miracle Network where he is Co-Founder.

Later on he became adviser to both Presidents Reagan and Bush for organizing prominent events, like Inauguration Events. His leadership skills have been well admired from the highest level.

His charitable and religious involvement have resulted in his Knighthood by the Military Order of the Temple of Jerusalem.

Where is Merrill Now?

In 2005 he accompanied the Quick Response Team after Hurricane Katrina struck, proving his care for others is genuine.

Now he continues as a motivational speaker and has produced a CD to help relaxation and stress management. He is very involved with healing and well-being.

Jay plays the drums but is best known as the producer of 'The Donny and Marie Show', and as a choreographer and musical director.

In 1985 Jay took a break from The Osmonds to take a degree. In 1992 he moved to the Osmond Branson Theatre to work with his brothers. Two years later he made a solo recording, 'It's about Time', and afterwards began co-producing ,'The Very Best of the Osmonds' CD and video with his brother, Donny.

In 2000 he returned to the road tour and in 2002 he performed on 'The Morning Show', with Wayne and Merrill in Branson. A year later, along with the Osmond Brothers, there was a re-union at the Andy Williams Moon River Theatre.

In 2009 Jay made his second solo CD recording,'It's about Time again'.

Where is Jay Now?

In 2010 he has ventured out to write his autobiography,'Stages, an Autobiography'.

He has said that he prefers to be remembered 'as a good Dad and not a Star, someone who was filled with love, kindness, honour and dignity'.

Wayne is a multi-talented m

Credit: Osmond websiteusician who mostly plays the guitar to accompany his singing. However, he can also play the flute, clarinet, saxophone, violin, banjo, piano, drums and bagpipe.

Together with his brothers, Merrill and Alan, he wrote many of their 1970's hit songs.

In the 1990's he moved to Branson, Missouri to perform with his brothers at the Osmond Family Theatre.

Where is Wayne Now?

In 1997 he had a brain tumour that was successfully treated.

He accompanies his brothers when they tour and spends any free time pursuing his hobby of aviation.

He was the head of the Osmond Fam

Credit: Osmond websiteily and acted as their Manager. Even when Donny broke from the group he and the brothers still toured with him, mostly as background singers.

In 1996 Alan retired as leader of the Osmond brothers when he was diagnosed with Multiple Sclerosis.

Where is Alan Now?

He continues working for his non-profit Foundation,'One Heart'. Its aim is to strengthen families worldwide.

He has eight sons who perform as 'The Osmonds, Second Generation'. Six of them have already followed the Osmond tradition of serving time as full-time missionaries for The Church of Jesus Christ of Latter-day Saints.

Jimmy is the youngest brot

Credit: Osmond websiteher who stole the hearts of the Osmond's fans. But later he became a solo artist. In latter years he has branched out into musical theatre, like Buttons in Cinderella pantomime in the United Kingdom.

Where is Jimmy Now?

Jimmy is a versatile and talented entrepreneur. He supervises the Osmond merchandising business and is currently President of Osmond Entertainment. He has produced and financed all types of concerts and live theatre events. He is still touring with his brothers.

He is Chairman of the Board of Osmond Real Estate and Development.

Donny made his TV début on the Andy Williams Show when he sang,'You are my Sunshine'. Donny was the brother who drew the fans time after time. He and his brothers were constantly surrounded by bodyguards and he was very isolated. He couldn't go to school or have normal friends or go to the movies. In fact, for all the celebrity status he suffered real loneliness.  The whole family had high moral values and his father wanted to please the public with perfect performances. The cost of this was continual pressure on the brothers.

In later years Donny developed a social disorder-a fear of appearing in public. Because of his own beliefs and morals he continued to perform in live shows. He had already experienced failure when the whole family lost $60,000,000. He had to start again. The public had lost interest. His show with his sister, The Donny and Marie Show', had flopped and the Osmonds were out of favour and almost bankrupt. In order to keep some integrity they sold what was left. As Donny had flopped and then returned to popularity again with ,'Joseph and the Amazing Technicolor Dreamcoat', he was determined to get through his social disorder and continue on the ladder upwards again.

His wife, Debbie, helped him through the traumatic period.

Where is Donny Now?

Donny is very comfortable with himself. He is a Mormon because he wants to be. His faith has given him his foundation. He loves everyone and has no prejudice.

If he argues with his wife he can't remember what it was about. He says it doesn't matter. He believes in 'looking to the end of the race. It doesn't matter who wins; just win together'.

He is involved in his charity, Make a Wish Foundation, and is performing with his sister, Marie in the 'Donny and Marie Show'. Their contract has been extended to 2012 to appear at the Flamingo Hotel, in Las Vegas.

Marie was 3 years old when she appeared on the Andy Williams Show . She has continued as a famous Osmond, both as a solo artist and singing with Donny.

She suffered Postpartum depression and publicly wrote about her experiences in 2001. Her book became a bestseller.

Where is Marie Now?

Marie also has a successful business career outside her singing. She owns,"Marie Osmond Dolls,' whose designs have been highly acclaimed throughout the world. She has also a jewellery range.

In 2009 she wrote a second book which was also a bestseller.

Like her brothers she continues to be involved in fund-raising charity groups.

The Osmond Family and their children continue to please their fans, either by performing in concerts or with their dedication to charity work. Their father taught them to work hard to please the public and they are still doing that after 50 years!

They are true to their faith and true to themselves. They are all a shining example of how Jay wishes to be remembered.....as being filled with love, honour, kindness and dignity.

They have all certainly  achieved  that!

Go back in time with the Osmonds 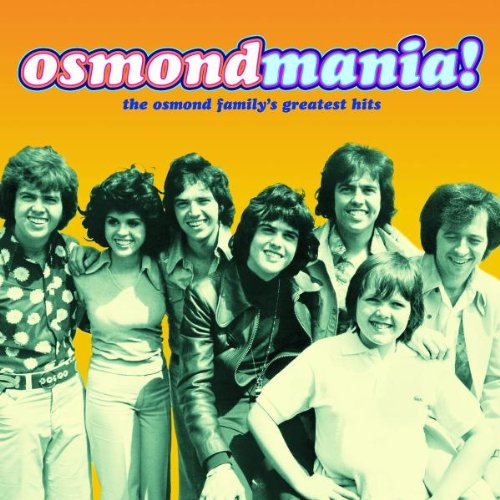 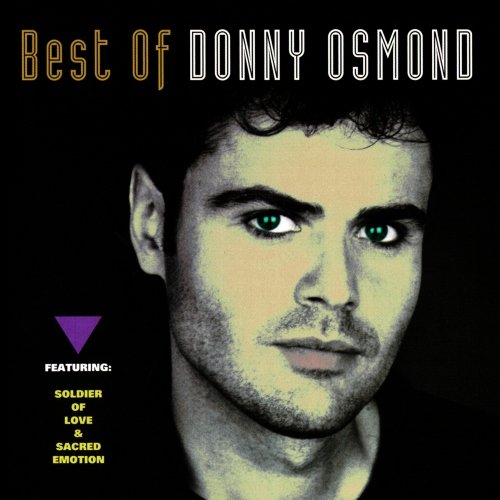