The Paleo Diet: Is It For Everyone?

It seems like there is always someone coming up with a new method to lose weight, then they name their creation something cutesie and try to promote and sell it. Not a bad way to make a buck though.

Recently, the new method on the block is the Paleo diet. It essentially advises you to eat like a hunter gatherer, like we did more than 10,000 to >1,000,000 years ago. It is clear that with continuous technological advances for hominids during this rather large time frame, (think crude tools, control of fire) that their diet most likely changed with time and was uniquely regional. So no one “diet” existed back then. Even so, we can ask some questions like: Is this realistic for a modern human? Is it new? Lets take a look at this newly promoted way of eating.

What You Should And Shouldn't Eat

Today these Paleolithic promoters and enthusiasts have long lists of things you should and should not eat, or can and can't eat depending how overzealous you are. You can find the dietary recommendations peppered all over the web these days, Just like the Atkins craze years ago. Essentially it boils down to eating and drinking things that would have been available to a human during the Paleolithic era which ended roughly 10,000 years ago. Wild animals, fish, shellfish, insects, plants, and water were generally available to the Paleolithic human. Of course sometimes he would have to travel great distances to get one of these. And they had very crude tools with which to hunt. But hey, they had time, and plenty of it, Facebook and Twitter were not invented yet.

The other side of the equation is NOT eating things that were NOT available back then. These are generally all the processed foods we eat today. Except Twinkies, they have been rumored to last for at least 10,000 yrs. So they are OK, thank god.

Actually, if you are following the Paleo diet, or any diet, I do not recommend eating Twinkies, no matter how tasty. What about other processed foods? Well, the fact that they are processed introduces into your diet a whole host of additives and chemicals that did not exist in the Paleo era. Paleolithic man did not even have easy access to salt unless he lived by the ocean.

Furthermore, during the processing operation of today's popular foods, much of the nutrition has been destroyed. Manufacturers have even gone as far as trying to add nutrition back to the defiled “food” in chemical form. Good point right there, why would you ever want to eat manufactured food...Soylent Green comes to mind. Not appetizing. In reality, most of the food that comes in boxes, bags, cans, and as frozen dinners does not resemble foods within the diet of a Paleolithic man. Avoid them like the plague.

A wide variety of animals were available for consumption by the paleolithic man, as long as he could catch them, or find them already dead. Yes, already dead. If you are starving to death, you will eat roadkill. Or at least the leftover carcass of a wolf-pack kill. So I would imagine that a fair bit of “questionable” meat was consumed back then and there was a high variety. Presently, we expect all our meats and fish to be hermetically sealed in foam trays and covered in plastic; god forbid if the meat is one day old or more. But frankly, in the US, the main meats of consumption are beef, pork, and chicken. What happened to lamb, goose, goat, rabbit, squirrel and snake? These meats have become very unpopular for today's general population, but not for the Paleo dude.

It is most likely best for us and the environment to eat less of the “manufactured” meats that have a lot of problems with antibiotics, hormones, cruelty, and more of the non mainstream meats that in many cases are raised on real farms. Even the generic beef, pork, and chicken is superior if obtained from small farming operations. One drawback is that these meats are quite expensive in supermarkets, however, you can obtain these “clean” meats from farmers markets supplied by small farms for a better price. It may be worth it to you.

Fish and shellfish made up a large portion of the food consumed >10,000 years ago. The fish available to the Paleo man was coastal or freshwater fish. Or the occasional pilot whale, dolphin, or Orca that washed up on shore after trauma or during beachings. No Chilean seabass, deepwater snapper, or monkfish could be obtained. They had no access to these fish due to a lack of proper fishing implements. Salmon was readily available at certain times of year and could be caught simply by hand in fishing weirs or using wooden spears. Farm raised salmon has made it much easier for us. 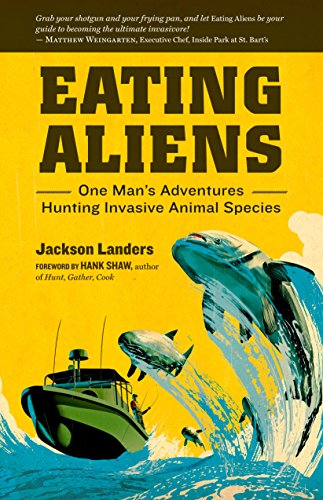 Oh yes, the Paleo man ate insects in his day. Insects are an easily caught source of protein and nutrients. Some are reputed to be quite tasty, just watch a few episodes of “Bizarre Foods” with Andrew Zimmern to see what I mean. Of course, these days in the US, eating insects is not high on our culinary lists but hey, for the overzealous, I say go for it. A nice batch of sauteed mealworms with ginger and garlic can be delicious and nutritious. No food processing involved here.

Plants made up the largest proportion of the Paleo diet. This makes sense because plants cannot run away from you when you try to collect them. But some will still try to kill you. Of course plants include a variety of leafy greens, nuts, seeds, fruits, roots, and other wild vegetables. And guess what seeds are? Grains and legumes (beans, lentils). Even though the enthusiasts recommend to cut out grains and legumes, they were a part of the diet >10,000 years ago. However, they were seasonal, and difficult to harvest. Wheat threshers were not invented yet, they just had a stick. Given these harvest limitations, grains could not possibly have constituted the majority of the calories consumed during that era. However, those that were consumed were whole grain, had plenty of fiber, and were quite nutritious.

It is the same way today. It is advisable to avoid processed grains like pasta, bread, crackers, and stick with whole grains in moderation. With the bulk of your calories coming from other plants. Eat plants, fruits, and vegetables of many different colors and you will be walking the path of our long, long, long distant ancestors.

Water was the beverage of choice for the Paleolithic man. And in many cases water infused with herbs to make simple teas. Sweetened beverages were not available so man did not consume ungodly amounts of sucrose or high fructose corn syrup every time they had a beverage. Stick to water...processing is minimal. And there was no need for Smartwater, Gatorade, or even Evian, then or now. We get plenty of electrolytes and minerals every time we consume a varied diet of unprocessed foods.

And lastly, Paleo water did not come in bottles but in ponds and streams.

Others have said for many years, if your grandmother would not recognize it as food, do not eat it. Maybe now we need to say “great grandmother”. However, no, the idea is not new, it just has a new moniker, and that is “Paleo”. Want to know more? Each one of the sections above can be researched in more detail, there is no shortage of information these days.

So, Is the Paleo Diet for everyone?

My conclusion is yes, but individuals can take it to whatever extreme they feel comfortable with. You can start on this path by limiting consumption of processed food, refined sugars and grains, adding in healthy fats such as those in nuts, avocado, and olive oil, eating quality meat and fish and plenty of a mixed variety of vegetables, and be well on the way of eating Paleo, but without all the hype. Simply put, quality food leads to quality health which in turn leads to quality life.

Eat well and be happy my friends.