The Inferior Man can undoubtedly be known as the passive aggressor. He is the type of man who can easily and quickly become very nasty and hateful from being rejected so often throughout life despite trying to please everyone, and this results in a suppressed resentment which creates the passive aggressive personality.

Over time this type of man will become dominant in controlling if he's not careful with his suppressed anger, which can become dangerously damaging to his family and friends. He is committed to being a selfish man who controls all conversations and uses this power to manipulate his family and friends. Due to the constant rejection, he suffers throughout his life, and the lack of assertiveness he shows, these traits may stay suppressed for many years. However, when his ego finally says enough, instead of taking responsibility for his miserable ways, he tends to go the opposite way and herein lies the problem.

The Inferior Man prefers to stand back in the shadows and await instruction about what they should do to complete a task. The word "leader" does not appear to be a part of their vocabulary. They refuse to step out of their comfort zone to achieve something or anything in their life. Don't expect to get any great innovated idea or, in fact, anything great out of the Inferior Man; they prefer to remain complacent and follow the rules of society, never venturing into the unknown where fear may get them. 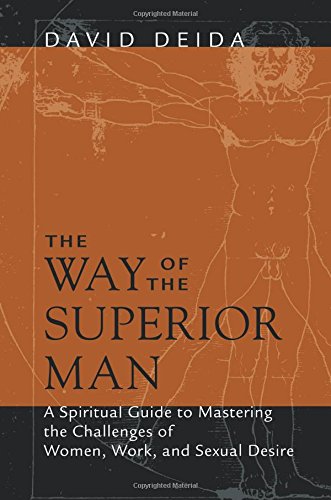 An Inferior Man's way of thinking is that perhaps he will be respected and liked by others if they are perfect, spending most their time trying to reach perfection, though never accepting that they are good enough no matter what they do. Thinking in this way is a very unhealthy and ends up weighing on the Inferior Man at a subconscious level. They will often go to extreme measures just to impress others by making their choices in life set upon what someone else tells them to do.

As the central theme of this article states, the Inferior Man is the passive aggressor, meaning in plain English that they will never directly tell you their real intentions. In fact, the Inferior Man will skip around issues, especially if you have upset them in any way because conflicts and confrontations are not their "happy place". But don't think for a second that means they won't show you their unhappiness because indirectness is the way of the Inferior Man. A few things to watch out for are:

• Failing everything on purpose

• Refuse to give their all

• Have a small amount of the wrong attitude

• A lot of sarcasm

All in all, you will know one way or another (but not directly), that they are not happy with you.

As I pointed out above, the Inferior Man dislikes conflicts and confrontations and will go to extremes to avoid them. They are afraid that if they got into a conflict with someone, then that person is going to end up disliking them. Others must like the Inferior Man, he needs to be wanted, and a situation such as either a confrontation or conflict with someone else leaves the door wide open for that person to start thinking poorly of him. He would rather keep his mouth shut than to upset anyone.

If the man who isn't expelling his true manliness isn't sure about something, for example, if he finds himself having to carry out a task at work which he has never done before, he will purposely arrange his life, make excuses. He could go as far as faking a "sickie" to avoid whatever it is he's not sure he can handle. He believes he trusts a lot of people around him, and although this is, to some extent, accurate, the Inferior Man will never deeply trust anyone due to the lack of assertiveness he shows throughout life while allowing people to walk all over him. And instead of saying "no" or standing up for himself, he will prefer to cower in the corner, and instead of correcting his way of life, he will suppress all his anger and attain the passive aggressive personality.

Being on the bottom, or if anyone or anything challenges him, he will work hard to manoeuvre himself into a favourable light; he will manipulate himself into a position where he will finally come out on top or at least become unchallenged.

He is not a good listener. You will rarely hear him ask any questions of significant meaning, preferring to opt for offering opinions that relate to what he thinks should happen or he will remain quiet. Knowing the quality of silence is a trait of the Superior Man, but the silence offered by the Inferior Man is of no quality - he is simply silent because he has no input that would benefit himself.

Getting things to work to his advantage is the gift of the Inferior Man; a craft he has spent a long time perfecting. No one will ever feel as if he is pursuing them unless he sees that their friendship/companionship may benefit him in one way or another.

He is destructive in everything he says and does. At times, some people may see his words and actions as his way of encouraging and challenging them, such as work colleagues, but in time (and this time can be of some length) people will see through his disguise and realise his words and actions are harmful. But does this affect the Inferior Man? Not really, he simply continues the way he has been; only now being more careful who he shows his negative side too. And unfortunately, it is usually the family members that end up feeling his harm at its worst.

He carries within him a growing power (much like a snowball rolling down a slope and building into a bigger snowball as it reaches the bottom) that over time will destroy all those around him. Sarcasm and meanness are at times primary resources of harm, though occasionally he can and will resort to violence. However, the most severe damage is more often than not created by making others feel as if they are unimportant. He will go to such lengths as withdrawing from loved ones as a means to cause harm to them by showing them just how insignificant they are to him, leaving the other person feeling guilty and blaming themselves for the way he is. 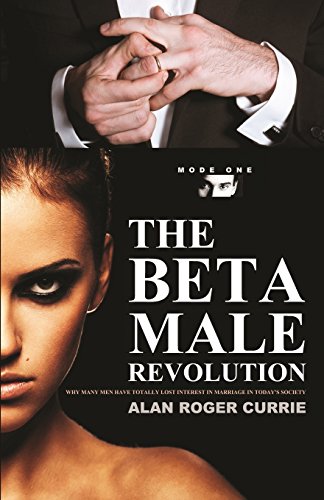 Cherishing those in his life becomes a difficult task for a man who is within this category, but the one who feels the brunt of this neglect is no one more than the Inferior Man's own spouse/partner. At one end of the scale, her feelings could lead to the belief that her man is taking her for granted and using her; on the other, more severe, end of the scale, his treatment of her can result in her feeling as if she is hated. This sense of hatred is no way for her to live, and some partners of an Inferior Man will, over time, speak up about how he is making her feel. However, more often she will resort to keeping quiet in fear of his reaction to her concerns/complaints, resulting in only one option: keeping a safe distance from him. Even their children will resort to maintain a distance. They are either too scared or hold too much anger within them for how he is treating them that getting close to him feels too hard.

This type of man is the perfect example of what happens if the masculine and feminine energy are suppressed rather than embraced and balanced, unrecognisable or not being released at all. The unbalance of both of these energies makes a man feel so powerless, ineffective, and incapable of being a man that they will counterbalance it by finding something or someone they can control to feel manned up. In a nutshell, they become aggressive, abusive men whose experiences of rage can be uncontrollable with an apparent belief that they must, for unknown reasons, take revenge on anyone for feeling so inadequate. Their inferiority is not their fault as far they are concerned, and this results in their family living a life of fear with no clear sign of how they may escape or find relief from his terrible ways.