The Philadelphia Experiment: Real or Fake?

A Historical Hoax, or the Real Deal?

The Philadelphia Experiment, or "The Rainbow Project", is something of high debate and controversy in American history today. Some people claim that it never happened, while others are sure that our government was capable of technologies far more advanced than we even realize during World War II.

The premise behind the experiment was that the U.S.S. Eldridge, a Navy ship, was trying to make their ship invisible to the enemy with a strange devise that ended up teleporting some crew members into another time. The boat was told by eyewitnesses to have disappeared, and then apparently reappeared in Norfolk Virginia, 300 miles from its original sighting in Philadelphia, and then reappear back in the Philadelphia port. Supposedly, eyewitnesses reported men who were melded into the metal of the ship from their odd teleportation and reappearance. Historians and the government have refused to verify this story as true, and crew members who said they worked on the U.S.S. Eldidge during the time even reported that there was no such experiment, and that they were no even in Philadelphia during the time in 1943.

Others, though, believe that this experiment was a vital time for technology and that ever since then, the government has been hiding dozens of secrets about underground experiments being performed since 1984. Duncan Cameron and Preston Nichols wrote a book about The Philadelphia Experiment. They claim that everything that happened that day was true, and they go into more detail about the conspiracy behind what happened that day. If you are interested at all in this topic, I suggest you check them out. I have posted a link to the book below. 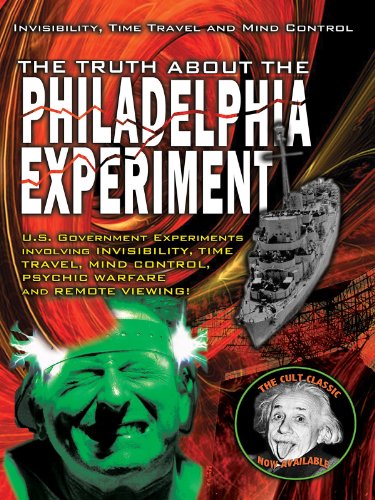 The Truth About The Philadelphia Experiment: Invisibility, Time Travel And Mind Control: The Shocking Truth Amazon Price: $0.99 Buy Now(price as of May 19, 2016)

Today, there is not much talk about this topic. However, in the early 80s a couple of movies were made about this historical event. These movies are not meant to be realistic and they even steer from what truly happened quite a bit.But that's what makes it entertaining for movie makers and film directors have with conspiracy theories, though: it's all in good fun. The films are actually quite good.

The bigger question is, will we ever know the answers to these questions after all this time? It is a topic that will probably be talked about throughout the rest of history. Strange happenings like this have occurred before in similar locations and this makes me question what is so weird about Norfolk, VA? There have been many UFO sightings and disappearances around and in this area throughout history. This begs the question: are these events somehow related or are they just traces of strange elements of time and space that we can never truly or possibly ever understand?