Liberalism as a Political Ideology

Liberalism is a political ideology that has been prominent in modern times. The foundation of which are the concepts of liberty and equality. The meaning and application of these words in society are heavily debated. A broad few of these terms and a look at the people who have defined Liberalism will provide a depth of understanding into modern societies.

Many essays and books have been written by ideologues about the meanings of these two words.  This has caused a division within this political theory. The two main groups of “liberals” are Classical Liberals and Social Liberals.

This group would generally define liberty as the freedom from oppressive governments and places emphasis on personal liberty over collective liberty. They would generally define equality as everyone being created equal and having the same “rights”. Known as the Father of Classical Liberalism, John Locke is the quintessential Classical Liberal. His ideas were echoed by Thomas Jefferson in The Declaration of Independence. Consider the wording, “We hold these truths to be self-evident, that all men are created equal, that they are endowed by their Creator with certain unalienable Rights, that among these are Life, Liberty and the pursuit of Happiness…”[2] Other notable Classical Liberals include; David Ricardo, Thomas Malthus, and Adam Smith.

Economics in this type of society would be classified as laissez-faire, which is “a policy that allows businesses to operate with very little interference from the government.”[3] This is a very Darwinian type of economics where businesses exist in a free market and are subject to the survival of the fittest.

The main distinction between Classical Liberals and Social liberals is the emphasis placed on collective liberty. Also known as “Social Justice,” this emphasis “is generally used to refer to a set of institutions which will enable people to lead a fulfilling life and be active contributors to their community.”[4] Examples of these types of institutions include public healthcare, public education, and social security. This approach to society differs greatly from other types of liberalism as it requires a larger government to provide these types of services. Prominent figures who believe in this type of ideology include, Thomas Paine, John Stuart Mill, T.H. Green and Franklin D. Roosevelt.

One of the main criticisms presented by this group is that without the means for becoming educated or receiving healthcare, one cannot truly be free. They push for Liberty from poverty, or social class. From an economic perspective a Social Liberal would implement more regulation on the market. This would come in the form of progressive taxation, labor rights, and programs that attempt to provide equality of opportunity.

In today’s society, Social Liberals are generally typified by the Democratic Party.

The Delusion of Difference.

Democrats and Republicans, when observed, are very different on details. However on a broad view, agree on a great deal. Often in the United States, the two parties are presented as being polar opposites, and yet they derive from the same ideology. Both would have greater contrast when compared to the ideologies of Socialism, Communism, or Fascism, then they have to each other. It is similar to religion in this respect. There are many denominations within Christianity, and they differ drastically. However Christians in general agree for example that Jesus Christ is the Savior. They are more likely to have more in common with other Christian denominations than to other main religions like for example, Islam.   This is important to remember. Even though important differences do exist between Classical Liberal and Social Liberals they derive from the same Ideology.

Liberalism is the predominant ideology in the modern United States of America. It is largely based off liberty and equality, though there are drastically different views on how they should be applied. The main two groups of Liberalism are represented in modern society as Republicans and Democrats. While those two groups are different, they share much in common. 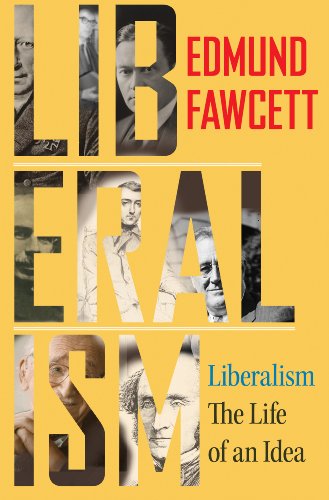