Though their ancestors were bred for work in harsh conditions, today's Pomeranians are mostly considered to be 'toy dogs', perhaps thanks to some very famous enthusiasts of the breed.

Ancestors of the modern breed were Arctic working dogs who were larger in size than their eventual descendants. Close relatives likely include the German Spitz, the Norwegian Elkhound, the Schipperke, the American Eskimo Dog and the Samoyed. The name 'Pomeranian' apparently comes from Pomerania, a Baltic Sea region.[1]

The breed would make a splash in what is now the United Kingdom. Queen Charlotte, wife of King George III, owned two Pomeranians. At the time, Pomeranians were still generally larger in size. King George IV, son of George III and Charlotte, was also a Pomeranian owner. However, it was their granddaughter, Queen Victoria, who arguably made the breed what it is today.

One of Victoria's dogs reportedly weighed only 12 pounds. In contrast, Charlotte's reportedly weighed 30 to 50 pounds. As a result, more compact Pomeranians became more in-style. Victoria even specifically bred Pomeranians to be smaller. The reddish-coloring of her dog's coat also became very in-demand. Other apparent enthusiasts of the breed include Empress Josephine de Beauharnais (wife of Napoleon I), Marie Antoinette, Wolfgang Amadeus Mozart and Emile Zola. Owners of earlier versions of the breed reportedly include Martin Luther, Isaac Newton and Michelangelo. As the story goes, Michelangelo's dog was present while he painted the ceiling of the Sistine Chapel.

The breed has been among the American Kennel Club's top 20 most registered dogs numerous times. In 1998, the Pomeranian was ranked 10th.

A Pomeranian first won the Toy Group of the Westminster Kennel Club Dog Show in 1926. In 1988, the breed would win Best in Show.

Modern Pomeranians usually weigh less than 10 pounds. Their height is generally 12 inches or less. Poms can be found in an extensive variety of colors and fur patterns. The most popular colors of recent times have been orange, black and white or cream. Their coats are thick and multi-layered, likely because of their Arctic heritage. Pomeranian faces have been described as 'fox-like' and their eyes as 'almond-shaped'.[2]

Pomeranians are known to be stubborn and intelligent. While they can often be friendly and outgoing, they can also be territorial, sometimes leading to aggressive tendencies and excessive barking. The breed is usually not recommended for families with small children, but can be good for active senior citizens. In addition, Poms are often well-suited for apartment living.

Poms often live for 15 years or more. They can be prone to problems with their trachea and their knees. Merle-patterned Pomeranians are particularly likely to encounter hearing and vision problems. Some Pomeranians can develop what's commonly known as 'Black Skin Disease', a combination of alopecia and hyperpigmentation. Other issues that can be common include allergies, epilepsy and tooth loss.

Their thick coats can mean they are sensitive to hot weather and their fur can be prone to tangling. Short walks are usually encouraged. Dry dog food or certain types of home-cooked meals (lean meats and fresh rice, etc.) are recommended.[3] 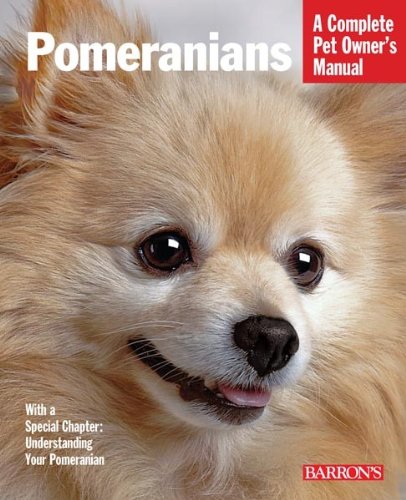 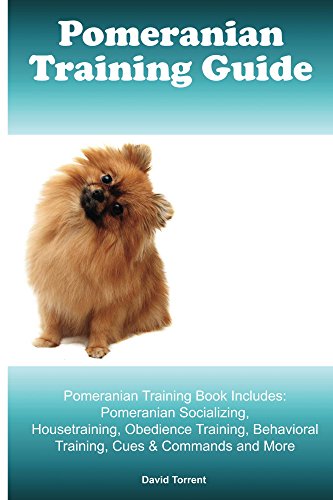