The Power Of Positive Integrity

Positive thinkers are really great. They see possibilities and hope all around them, and are anxious to dig in and build something. They see the problems like anybody might, but they work to solve them. No excuses, no wasted recriminations, they work hard and they deliver the goods.

"First say to yourself what you would be; and then do what you have to do." - EpictetusContrary to the views of some people, a positive attitude is not wishful thinking. A solid commitment to a lie doesn't make it true. The principles of success are not subject to a vote, public opinion, your feeling of fairness, or even your willingness to focus and work hard. They are immutable forces that must be an integral part of our character in order to accomplish our objectives. Positive people conduct themselves and build their plans in accordance with correct principles.If a project is ill conceived or something is not right you need to be able recognize it and act swiftly to make corrections. Living in a dream world is not positive, but very negative. No matter how hard I work to reprogram my brain, the laws of the physical universe remain intact. I could, with enough effort completely convince myself that gravity had no power over me. I could daily imagine that I would float softly to the ground, but the law of gravity would not be affected. A leap off a roof could easily take my life no matter how convinced I was that it would not happen.Truly positive people will never replace correct principles with imagination based lies. They work to understand and comply with the laws of success and they do the things that most people are unwilling to do. Sometimes their ego takes a beating and the work load is intense, but the rewards are great, and great rewards require great sacrifice.There are people who sound very positive who are really people with the right vocabulary, but the wrong frame of mind. Often they want to be a member of the 'Big-Wheel' club without earning their way in. Respect must be earned to have any meaning, but they expect the laws of the universe to be suspended by artistic verbage. Sorry, but life doesn't work that way. The weak look for some way around challenges, instead of facing them head-on. I call this easy-way-itus They keep trying to short-cut their way to achievment, usually coming up against tough problems that, because they skipped important growth opportunities, they aren't equipped to overcome. This usually results in the worst kind of failure, a failure without a lesson learned. Since they can't identify what went wrong and what they need to do differently next time, their experience does them little good. Any new project ends with the same tragic result. Successful people accept personal responsibility for their mistakes and try to understand them, they learn, they move forward and they don't quit. They remain true to principles of honor and integrity even when it's not to their advantage. After these trials by fire they are trusted and honored, and are given opportunities that leave competitors green with envy. What is success?Success in a project context is the achievement of a specific goal. Like writing a book, qualifying for an award, or any other easily quantifiable accomplishment.

There are times when projects succeed that really ought to fail. Luck is real, but not dependable. Sure, it would be nice if it were to happen to you, but the odds are practically a guarantee that you'll fail. I wouldn't call this sort of thing a real success since it's not based on real achievement. It might net you money, but it doesn't have the same personal meaning as a  legitimate success.

"To live is the rarest thing in the world. Most people exist, that is all." - Oscar Wilde

Success in life is more than the sum of discrete accomplishments, it includes the development of you as a complete person. This includes your contribution to family, community, and national life. A truly successful person is always being refined and polished as he moves through life.Project failure is just statistical fact, not a personal indictment. There are a lot of reasons that come in to play that can cause a well executed project or plan to fail. This is a learning tool, and if you have lived and worked with honor and integrity you should not think of it as a failure. Like any accident there will be casualties, but if you learned something that can help you to succeed next time then the dark cloud truly does have a silver lining. If you can recover and succeed you might be able reward those who suffered for your mistake in the future. All things are possible since you are still moving forward. Personal failure is a term that I think is best defined as quitting. Often this is a selfish act of defiance that hurts everyone associated with the quitter, and shows a disregard for all those that have sacrificed and worked to help the perpetrator accomplish his vision. His family, friends, and everyone all around him is affected. Making others pay for his mistakes and 'looking out for himself' is an act of a cowardice. A project that fails is bad, but a person who gives up on life and honor? This is a real tragedy. This assessment is not easily made by anyone but the quitter himself. It's all about the attitude and the intentions of the heart which we are not in a position to judge. The goal here is not to indict anyone, but to point out that we have a responsibility to many people, not just ourselves. We must have the integrity to achieve and act with an awareness of the impact of the decisions we make on others. Leadership requires the attitude of a servant to those who look to him for leadership. When people invest in you personally and financially there's a lot more on the line than just yourself. Don't fail them and don't fail yourself. If a project is failing do everything you can to mitigate the failure or turn it into a success.

"It is our choices that show what we truly are, far more than our abilities." - J.K. Rowling

The Power of Positive Integrity stems from the ability to keep a firm grip on reality, while providing leadership in difficult circumstances for all the parties involved.  It is the power to unite, inspire, and elevate everyone involved and to turn what otherwise would be failure into success. It's not easy to obtain because you can't fake it. It has to be the real thing. It is honesty and hard work focused on a cause greater than selfish interest. It is a reflection of greatness earned not assumed. You can't buy it, you have to BE it. 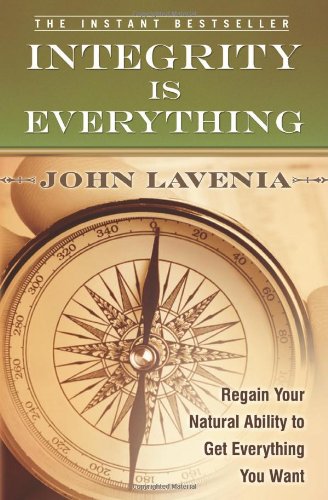 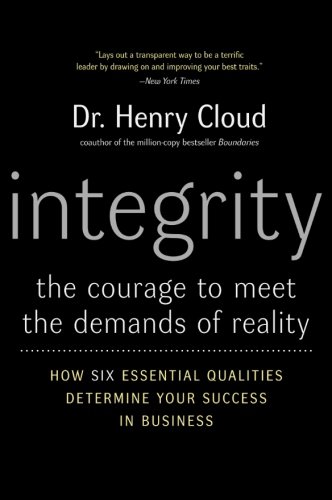 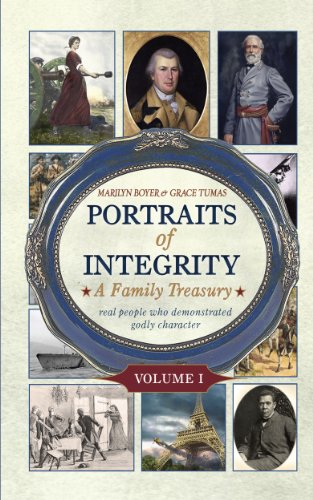 Portraits of Integrity: Real People Who Demonstrated Godly Character (Volume 1)Amazon Price: Buy Now(price as of Oct 9, 2013)
Next >> How to Get Creative Juices Flowing - Get Your Body, Mind and Soul on the Same Page