The Pros and Cons of The Micro Condo Lifestyle

My relative lives in a 1500 square feet condo.  Nowadays, people do not build condos this big anymore.  Her condo was built more than thirty years ago and that was a time when land was still relatively cheap.  Her condo is a two bedroom corner unit overlooking a nice unobstructed view overlooking the city.  Her nice condo comes with a hefty maintenance fee though.

Another condo where my friend moved to is an approximately 900 square feet 2 bedroom condo unit shared between her and her parents.  This condo was built about two years ago.  The difference in space between my aunt's and my friend's was very obvious.  My friend can fit a bed into her room but that doesn't leave much else.

I had previously written an article about how the trends are moving towards smaller and smaller condos (also called micro condos).  This isn't just happening in where I live in North America but it is also occurring around the world.  With condos now becoming smaller, people are now having second thoughts about whether a condo lifestyle is ideal for them.

There are definite benefits and setbacks to living in a micro condo.  Read on to determine whether the micro condo lifestyle is ideal for you:

1.There is Less to Clean

A micro condo with less space means there is less area to clean.  This also means you have more time to enjoy your down time instead of slaving away for your condo.  My parents spend at least half a day per weekend cleaning their house and tending to the yard.  They get satisfaction from doing it though.  I guess everyone is different.

2. Allows You to Save Money

When you live in a smaller condo the maintenance fees will be cheaper as well.  Maintenance fees are based on a dollar per square foot so with a smaller layout, your wallet will come out ahead over time.  Also, think of the utilities such as electricity and gas you will be using to heat up the smaller unit.

A micro condo will help you stretch further with your money.

3. Cannot Hoard and Be Efficient in Using Space

A smaller space means you are less likely to hoard. I think it also makes you think carefully about what you can and cannot buy.  I find that the bigger the space the more likely I am going to have junk lying around.  I remember growing up, my parents have a basement where they store stuff and about less than a quarter of it were my stuff.

So to sum it up, a smaller space means you are less likely to impulsively buy useless items. 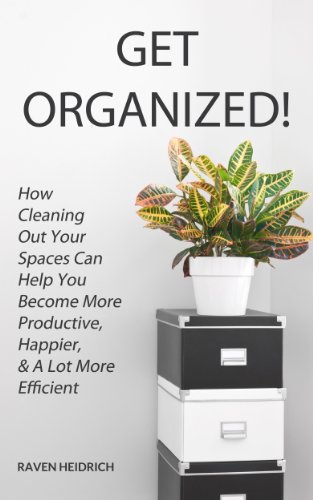 Get Organized! How Cleaning Out Your Spaces Can Help You Become More Productive, Happier, & A Lot More Efficient Amazon Price: Buy Now(price as of Aug 31, 2016)

1. Difficult to Raise a Family Here

The small condo is ideally suitable for you and maybe an extra roommate. If you want to add a third person then it becomes problematic because there really is no personal space. I have a friend who lived in a 600 square feet one bedroom condo with his wife, and even they felt the space was really small. If you plan to have kids then a micro condo is definitely difficult. The kids will want to run around and just be kids, a micro condo won't give the kid that chance. Unless, you don't mind them running around in front of you while you and your significant other are watching TV?

Don't try to ever host a party at the micro condo.  Its small size means the number of party guests you can invite are minimal.  Most condos today have a party room for you to book and host an event but generally you would need to pay a rental fee and hire a security guard.

Another issue is even if you can host a small party at your pad, the neighbors may not appreciate the noise level on a Friday or weekend night.

3. May be Difficult to Sell

A micro condo generally appeals to students, single income earners, or investors.  So the target market is a bit niche.  In Toronto in particular, the condo market has been relatively flat and that is because of the number of new high rises have increased lately.  What this means is the new supply is depressing condo prices - at least in Toronto.

So overall, a niche market and a large supply of condo can make micro condos a difficult sell.  I'm not saying you cannot sell a condo but it may take a while to find the right buyer.

Micro condos are nothing new.  In cities where space is a large premium, developers in these areas have found ways to maximize the space.  As more and more people are opting to live in cities, density can only go up.

Just remember though, a micro condo lifestyle doesn't mean you have to give up the comforts you previously enjoyed in a larger space.  It is about function and thinking of what works for you. 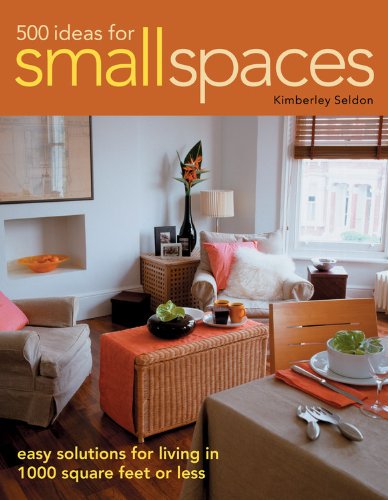 500 Ideas for Small Spaces: Easy Solutions for Living in 1000 Square Feet or Less Amazon Price: $24.95 $1.99 Buy Now(price as of Aug 31, 2016)
Next >> Pedestal Sink Cabinet - Instantly Create a Portable Under Sink Vanity - Perfect For Rental Homes - No Construction or Harm to Walls