The Pros and Cons of Owning a Tablet

Tablets are one of the fastest growing trends on the mobile computing market. So many people are buying them these days, and prices are getting lower all the time. If you've already got a smart phone and a lap top, then you might be wondering what the advantages of getting a tablet will be. Well, today we're going to tell you the good points about having a tablet, as well as some of the negative aspects. And if you're wondering about your choices, we'll be telling you a little bit about those too. So before you say yes or no to that tablet deal, read on to find out a little more...

The Pros of Tablets...

There are some great advantages to owning one of these devices. Firstly, they're a lot more portable than most laptops. Tablets are generally between seven and ten inches, meaning that it slides right into your bag or backpack, and it's also going to be a lot more lightweight than your lap top. For the everyday tasks that you need to do a tablet should be fine, even though it lacks the powerful processor that your laptop has. A tablet also has a faster start up time than the majority of laptops; a laptop tends to take around twenty seconds to start up fully, whilst a tablet takes around five, depending on the model. And you get more battery power too. This is because laptops usually have background processes running, whilst tablets don't, so you get more juice out of your battery while you're on the go. Tablets are popular for both business and educational purposes. The ease of storing, editing and transporting a presentation on a tablet-device is inestimable. And many schools are beginning to use tablets to introduce a more interactive element into the classroom. Web browsing is as easy on a tablet as it is on a laptop, and you get a bigger screen than you do on your smart phone. Things like getting a recipe and then taking it to the kitchen to cook are just easier with a tablet-device. Movie and film watching is more pleasant on the large screen of a tablet than they are on small smart phone screens. And finally, tablets are just fun. There are plenty of apps and games for them, and they're incredibly popular. There has to be a reason for that popularity, right?

The Cons of Tablets...

Obviously, there are disadvantages to tablets too. Whilst they are more portable than your average laptop, it's nowhere near as portable as your smart phone is. And on top of that, they're delicate too. Tablets have a fragile touch screen, which means if you're going to slide it into your backpack, you'd better have a safe cover to put on it. And there are many things that your laptop can do that your tablet simply can't. Tablets have far slower processors than laptops, meaning that they're not suitable for intensive tasks. Things like editing photo or video, running graphic design software, and working on complex spreadsheets are far better suited to a laptop than a tablet. Your tablet-device has no physical keyboard, and whilst on screen typing might be fine for short emails, longer writing projects really need your laptop's keyboard, you're not going to be writing that novel on this device. Many tablets also lack the number of ports that are available on your computer, even basic connectivity ports like USB or VGA ports, which means no flash memory, and that transferring files can be difficult. And obviously, they do not come with a CD or DVD drive, which might be an issue for some people.

Apple, Windows and Android Tablets, and What Your Considerations Should Be...

Before you finally decide whether or not to get that tablet-device, you might want to know a little bit more about your options. There are basically three different kinds of tablets.

Apple's iPads are the most popular tablet choice, though they do tend to be high cost. iPads are intuitive and easy to use though, making them a good choice for first time  owners, or even for children or less tech savvy older folks.

Windows tablets tend to be geared more towards the business side of the market, with big price tags and big features. But they have great compatibility with most business software, and their high specs tend to make Windows tablets the most powerful ones on the market. These devices also use the same Windows operating system that you're familiar with from your home computer, which means many people feel comfortable using them.

Finally, there are Android tablets. This is the same Android operating system that is used in mobile phones, though a few changes have been made to make it more suitable to run on a tablet. Android tablets tend to be the most affordable options, just because many manufacturers make Android models so there's just more competition. You can get a decent, budget Android tablet-device for around a hundred pounds, which is a lot cheaper than you can get an Apple or a Windows device. But the initial cost of a android-tablet isn't the only thing that you're going to want to consider.

It's perfectly possible that you're also going to have ongoing costs. This is because the device needs some form of internet connectivity. There are two ways that a tablet can connect to the internet. Cheaper models tend to be WiFi only. Connecting to the internet over WiFi is faster than connecting over 3G, but it does mean that you'll have to find a WiFi hot spot, or connect over your home WiFi connection. 3G models have the convenience of being able to connect to the internet anywhere that there's a mobile phone signal. But this will mean getting a 3G data plan from a mobile operator. These 3G plans can be pay as you go or on contracts, but either way they're going to represent a serious ongoing cost for the tablet-unit that you've bought. 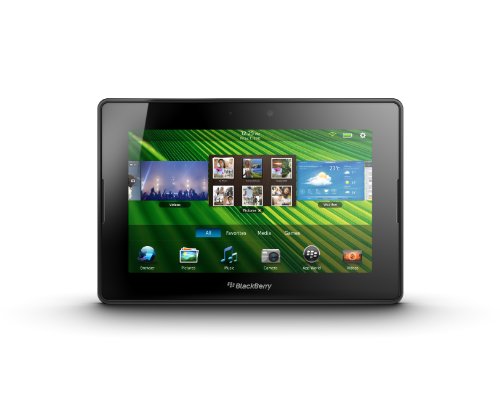