I am a retired teacher of English as a second language. I teach on line via Skype, and write on-line articles which reflect my love of travel, language, literature, history and culture. I love writing for InfoBarrel. Why not join me by signing up here: http://www.infobarrel.com/signup.php
InfoBarrel is a writing platform for non-fiction, reference-based, informative content. Opinions expressed by InfoBarrel writers are their own.
InfoBarrel > Entertainment > People

The Rags to Riches Life of Dame Shirley Bassey

Shirley Bassey1 is a British pop diva known around the world as the voice of the theme song from the James Bond movie Goldfinger.

The youngest of seven children, Bassey was born in 1937 in the notorious dockland slum area of Tiger Bay2 in Cardiff, South Wales. When she was two years old her mother was left to raise the children alone after Bassey’s father, a Nigerian seaman, disappeared from the family's life.

Bassey credits her mother for encouraging her to sing, but in an interview with The Guardian newspaper3 she confesses that her sisters were annoyed by her voice. She has also said that when she was at school she did not fit in with the choir because her voice was too strong1.

Bassey left school at the age of 14. She worked in a factory during the day, sang in local pubs in the evenings and at weekends, and dreamed of getting a job which would enable her to travel. In 1953, she seized the opportunity to join a touring variety show, but her budding career was cut short a year later when she became pregnant with her daughter Sharon.

Bassey returned to Cardiff to have her daughter, and worked as a waitress until she was picked up by a booking agent in 1955. To set out on the road to stardom, she left Sharon in the care of her aunt, Bassey's older sister, and for many years Sharon thought that Bassey was her Aunt Shirley3. Her first hit record was The Banana Boat Song in 1957, and in 1959 she signed with the major record company EMI Columbia. The following year she appeared on American television for the first time as a guest on The Ed Sullivan Show. 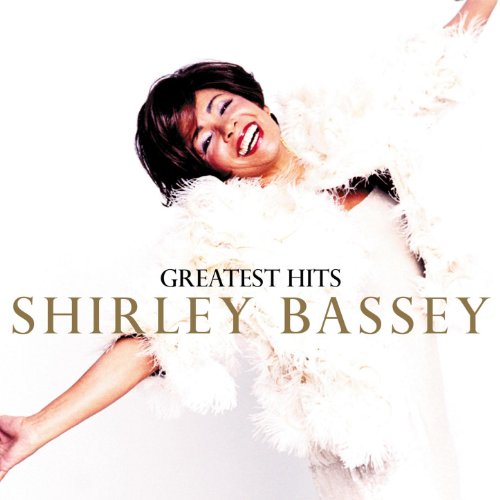 In 1961, she married film producer Kenneth Hume. It was an unconventional marriage4. The couple did not live together. Hume, who was gay, lived in a bachelor apartment and managed Bassey’s career, while Bassey lived in her own luxury home.

The marriage fell apart in 1963 when Bassey gave birth to her second daughter, Samantha, and the couple divorced in 1964. Married actor Peter Finch and another man, John McAuliffe, were cited as co-respondents in the divorce, but Bassey has never revealed the name of Samantha’s father.

In the same year Bassey achieved a US Billboard top 100 hit with the theme song to the James Bond film Goldfinger.

Hume died of a drug overdose in 1967 and a year later Bassey married Italian hotel executive Sergio Novak, who became her manager. Bassey was reunited with her eldest daughter, Sharon, and she and Novak adopted Bassey's grand-nephew, Mark.

Bassey was now in such a high tax bracket that she and Novak lived in Switzerland to avoid paying UK taxes. As a tax exile, Bassey was barred from working in Britain for two years, but gained recognition in Europe, and achieved a top 40 hit on the Italian charts with La Vita.1

However, there were troubles hiding beneath Bassey’s glittering success. Her marriage was troubled and her children were distressed by her constant touring.

Bassey had enrolled her younger daughter Samantha in Institut Le Rosey, an exclusive Swiss boarding school catering to the rich and famous. However, Samantha does not seem to have fit in. After leaving the Institut under a cloud, she underwent therapy for depression. She later moved to England where she seemed to have had very few friends and little money

Novak and Bassey divorced in 1979. Bassey reduced her professional commitments, and focusing on charity work and occasional concert tours.

Then in 1985 tragedy struck. Samantha's body, clothed in a ripped leather jacket and baggy jeans, was pulled from the River Avon in Bristol. Because she had last been seen drinking at a biker bar near the Bristol docks, it was thought that she might have fallen into the river, but no water was found in her lungs. Another theory was that this troubled young woman could have committed suicide by jumping from the Clifton Suspension Bridge, 250 feet above the river. However, she had none of the broken bones that would have resulted from such a high fall.

The coroner came to the inconclusive verdict that she had died of shock.

The police re-opened the investigation but found no evidence of foul play. However, Bassey remained unconvinced and continued to deny that Samantha killed herself, hinting to the press that she might have been murdered.4

Bassey was distraught over Samantha's death. She was so grief stricken that she actually lost her voice at a concert in Sydney and considered giving up her singing career.5  Nevertheless, she eventually worked her way through the grieving process, returned to touring and making records, and went from strength to strength.

In 1999 Shirley began calling herself DSB when she was made a Dame Commander of the Order of the British Empire by Queen Elizabeth, and became Dame Shirley Bassey.  She celebrated 50 years in show business in 2003.

Credit: By Nyctc7 (Own work) [Public domain], via Wikimedia Commons

Dame Shirley has given her time to many gala charity events. An auction of her costumes in 2003 raised £250,000 (US$500,000) for the Noah's Ark Children's Hospital Appeal, and for a scholarship in her name at the Royal Welsh College of Music and Drama. Among her many gala performances, she has performed at Elton John’s fundraising ball for his AIDS Foundation, Fashion Rocks, a concert in aid of The Prince's Trust, and a gala for Mikhail Gorbachev's 80th birthday. She was invited to perform at Nelson Mandela's 90th birthday tribute in 2011 but was unable to appear because of illness.

DSB did, however, perform at the Queen Elizabeth II's 60th Jubilee celebration, and sang Goldfinger to a standing ovation at the 2013 Academy Awards. Her most recent honor was an invitation to headline a four day spectacular in celebration of the Queen's 90th birthday in May, 20166.

DSB boasts a record 52 year span of top 40 hits by a woman, and it is estimated that she has sold 135 million records. In addition to her OBE, she has received numerous awards throughout her lengthy career. Most notably, she was inducted into the French Legion of Honour in 1999, and was named a UNESCO Artist for Peace in 2004.

I Am What I Am

The Dame has five grand-children. Her daughter Sharon has four sons and her adopted son Mark has a daughter.

The girl from Tiger Bay has come a long way from the Cardiff docklands, and now lives a life of secluded, tax-free luxury in Monaco.