Find all your favorite Real Housewives DVDs at The Real Housewives Block on Amazon. Follow me on Twitter or check-out my blogs: Introspective Pics DebW07
InfoBarrel is a writing platform for non-fiction, reference-based, informative content. Opinions expressed by InfoBarrel writers are their own.
InfoBarrel > Entertainment

The Real Housewives on Bravo TV

Housewives Then and Now

Remember those 'real' housewives of the 50s and 60s? The “Leave it to Beaver” or “Father Knows Best” wives, who always looked beautiful and 'lived-in' immaculately clean homes with well behaved children. Those women seemed happy and they always had dinner ready when their husbands returned from work. But, not only did they prepare the meal, they served it wearing their finest dresses, heals and peals. Growing up, I always wondered why none of the moms in my neighborhood looked that way, now I know.

Fast forward to the twenty-first century, Bravo TV has replaced the twentieth-century wives/moms with their reality series the Real Housewives of (Orange County, New York City, Atlanta, New Jersey, D.C., Beverly Hills, Miami, and more to come). This show takes a voyeuristic look into the lives of American housewives, as they work, play, socialize, shop, gossip, work-out, get plastic surgery, argue and live.

The Real Housewives franchise is a reality hit for Bravo TV. Women (and men) are tuning in to watch the latest antics of the women who open their homes and lives for the cameras of Bravo. I’m hooked, if there’s a rehabilitation program somewhere out there for an obsessed Real Housewives fan of [Anywhere], count me in!  I’ve been watching the series since the first season, set in Orange County, California, aired in 2006. When I first heard the name of the show 'The Real Housewives of Orange County,' I remember thinking "Ooh, that sound good," and good it was!

The show was initially set primarily in the gated community of Coto de Caza in Orange County, California and followed the lavish lifestyles of five 'housewives' (Kimberly Bryant, Jo De La Rosa, Vicki Gunvalson, Jeana Keough and Lauri Waring) and their families. Looking back at the first season, it now seems so innocent. The women did not engage in verbal altercations because they were too busy planning and attending lunches, parties, children’s activities, date night dinners with their spouses or significant others, and keeping themselves in tip top shape (this hasn’t changed, the women are still obsessed with beauty and fitness).

As the series continued and gained popularity, the show followed several housewives from other cities and as those shows became more and more popular, it appears that the women’s egos became bigger and bigger. Their one time natural self-confidence morphed into narcissism and combativeness; confrontation took the place of comradeship. Disputes took center stage and the squabbles between the women attracted larger audiences. Thus it appears as though controversy and arguments have become part of the 'Housewives' reality formula that the women are using. I must say, however, some of the arguments in the newer episodes appear a bit manufactured.

Soon after Orange County, came the Real Housewives from Atlanta, New Jersey, Washington DC, Beverly Hills, Miami, and there is chatter about a Real Housewives show from Canada.  All in all, the series is on a high and the producers are striking the iron while it is hot, and hot it is! 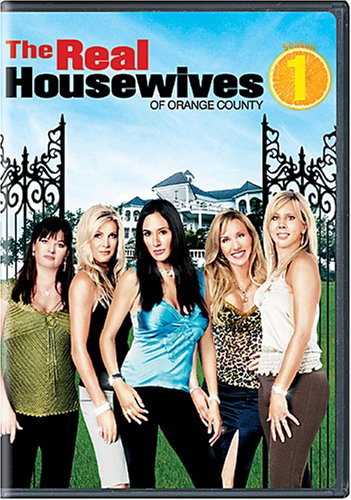 The series title of The Real Housewives is a bit of a misnomer because many of the women are not even married.  There are quite a few single women calling themselves housewives and the cameras follow them in their quest to find 'Mr. Right.'  Sadly, several of the women who were married at the beginning of the series are now divorced and it’s not clear whether the show had anything to do with the state of their marriages.

Not only are the producers reaping the benefits of the Real Housewives shows, but the women themselves are finding ways to cash in on their fifteen minutes of fame. Almost all of them have developed products, companies or new careers as a result of the series. Several of the women have embarked on music careers as 'singers' and have released one or more songs. A few of the ladies found they had an eye for fashion and have tried their hand at clothing design, showcasing their designs with fashion shows that have been featured in the series.  Some of the women have jewelry or make-up lines. Almost all of the women have written books, and one former Housewife created an empire after selling a company she created consisting of her signature drink, aimed at weight conscious women everywhere.

It's Time for MY Close-Up

Almost all, if not all of the women are extremely self-conscious and obsessed with their appearance. Looking young and staying in shape is a high priority. They continually work-out, and many of the women have had plastic surgery and/or other dermatological procedures which they view as 'normal maintenance.' The cameras have even followed a few of the women as they have had plastic surgery procedures. One Real Housewife made the following statement regarding plastic surgery"All women need to have a certain level of maintenance and certain level of preserving their beauty. It makes them happier, it makes them like themselves again…they can fall back in love with themselves and then be better people to everyone else."

Another facet to the series is the reunion show. These occur after a series has concluded for the season. All the women reunite to discuss the events of the season with a moderator, Andy Cohen, who is one of the producers of the shows.  Some of the reunion shows have been extremely hostile, especially those of New Jersey, where one woman was disliked by all her cast mates. Other reunion shows have showcased the singing and performing talents of some of the housewives; while some have included the husbands for a segment about their views on the show.

Although the series, for the most part, showcases women who are outwardly beautiful but lack a great amount of inner beauty, there is something about it that I find comforting. Maybe that’s because I can sit back in my cozy chair and watch the imperfections of women who want to appear perfect, and then say to my husband, "See, I’m not that bad!" 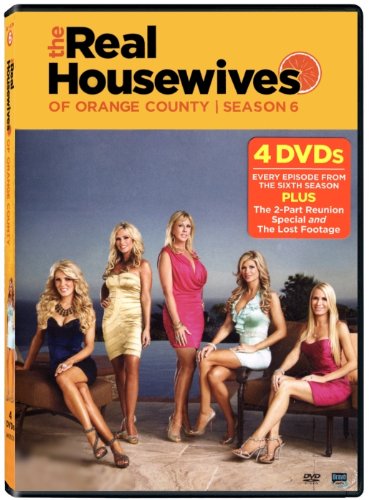 Self-Esteem and the Real Housewife