The Redcap chicken breed is also known as the Derbyshire Redcap. It is one of the rarer breeds and was in danger of extinction at one time. It gets its 'redcap' name from its most distinguishing feature which is the very large rosecomb. So important is the comb that, in exhibition birds, it counts for a whopping 45% of the total marks awarded by the judge. The comb should measure at least 7cm in length. Rosecombs are covered in small, fleshy points. The comb of the Redcap has a distinct, straight spike or 'leader' which points towards the rear.

The 'Derbyshire' part of the bird's name comes from the county, Derbyshire, in England. The Redcap is quite closely related to the Hamburg and the Old English Pheasant Fowl. There is documentation mentioning the Redcap since at least the early 1800s. Mixtures of various northern English breeds such as Golden-Spangled Hamburgs, Dorkings and others are believed to have contributed to the evolution of the Redcap.

The American Poultry Association admitted the breed to its Standard of Perfection in 1888. The breed was widespread through America before 1870 with large flocks being kept for their egg production abilities.

The back of the Redcap is broad as is the chest. The wings fit close to the body. The plumage is a red brown tipped with a bluish-black, half-moon-shaped spangle. The wattles, comb and ear lobes are bright red. The legs and feet are horn coloured. The chicks are born with mahogany coloured down and a dark stripe. They are not hard to raise and are lively chickens. Their final adult plumage is not evident until they are two or three years old. 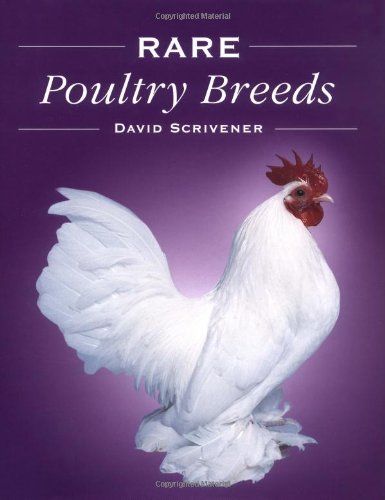 Rare Poultry Breeds Amazon Price: $50.00 $46.76 Buy Now(price as of Nov 6, 2015)
This is a reference guide to the rarest breeds of chickens and bantams. There is a strong historical content.

Through the early to mid 1800s this breed was held in high regard for its high rate-of-lay. Egg production plus superior foraging and survival skills made it a popular breed while there was a market for the eggs. It was a common farmyard fowl until the middle 20th century, especially round the southern Pennines. Today the Derbyshire Redcap is still a good dual purpose breed, laying a reasonable number of eggs and having a good fleshy body.

There is a bantam version of this breed but it is not seen very often. Standard cocks weigh round 3.4kg and hens 2.75kg. If it weren't for the larger combs and red ear lobes, the Redcap Derbyshire could quite easily be mistaken for a Hamburg. There is only variety of the Redcap. The plumage is a reddish-brown tipped with black. Although they have red ear lobes, the eggs are white and of medium size. Very few breeds that have red ear lobes lay white-shelled eggs. The cocks can show some variation in their colouring. Although the Redcap is a good layer, they do not go broody very often. A good yearly average for a Redcap hen would be 200 eggs.

For exhibition purposes, the Redcap is classified as a light, soft-feathered variety. It is hardy and active and as it was never suited to intensive or commercial operations, it gradually died out. It is now listed by the Rare Breeds Survival Trust of the United Kingdom as 'vulnerable' and by the American Livestock Breed Conservancy as 'critical'.