I am a retired Sergeant Major who served over 20 years in the US Army Special Forces.  I am currently a Project Manager (PMP) for a leading corporate training and human effectiveness company.
InfoBarrel is a writing platform for non-fiction, reference-based, informative content. Opinions expressed by InfoBarrel writers are their own.
InfoBarrel > Business & Money > Jobs & Careers > Management

The Reluctant Project Manager: Why Project Timelines are NOT Suggestions

It's Not War, Its Project Management!

Have you ever watched a war movie and noticed the characters synchronizing their watches? Did you wonder why? While cliché, the act of synchronizing watches has long been part of the military tradition, and for very good reason.

One common characteristic of military operations is that they are complicated, and involve ‘many moving pieces’. Even a simple task can require the coordination of dozens of people and pieces of equipment. The challenge has always been ensuring that what needs to happen, is done by the right people, and at the right time.

The Significance of Project Timelines

In my last entry of what I now call the Reluctant Project Manager series, I talked about the role of the project manager (PM). Today, we’ll talk about project timelines and their significance in project management.

If you’ve managed projects, even reluctantly, you know that time and scheduling are just as important to your projects as they are for military units. Any slip-up in timing has huge implications for project success. In the military, poor timing causes death.  It can also mean the death of a business, and an out-of-work Project Manager (PM)!

You and I, and I suspect most leaders in your organization, have a clear understanding of the criticality of project timelines and their adherence. So why does your project team treat them like suggestions, a guide to follow, but nothing to be overly concerned about? To be effective as a PM, you need to teach your project team the importance of scheduling and the on-time completion of tasks.

Most of the projects I lead are very creative in nature. My project teams include videographers; graphic artists; animators and web/app developers who share a common trait. They tend to believe that timelines are merely suggestions. Initially, any attempt I made to set hard delivery dates was met with the claim that ‘deadlines stifle creativity’.

I was really frustrated with this mentality, as I was used to operating in the Special Forces community, where every detail was planned down to the minute. How could I convince my teams to take scheduling seriously? Well, I couldn’t; at least not initially.

I couldn’t because I first had to understand why so many people are resistant to this critical process. Because this reluctance was foreign to me, it took me awhile to understand the forces at play in the equation. Here is what I came up with:

-Team members are generally concerned that having a timeline negatively impacts their creativity or limits their freedom on the job.

-People resist concrete timelines because they are afraid they won’t finish tasks on time or are afraid that their output won’t be as good as it could be ‘if they only had more time and flexibility’.

-Team members either cannot accurately estimate the time (duration) it will take to complete a task, or give high estimates to avoid the failure of missing deadlines.

I’m sure there are other reasons, but these were the most common that I found in my company. Your challenge is to figure out what scheduling roadblocks are prevalent in your company, and how to address them.

How Do I Influence My Teams to Follow Timelines?

If you know your team (do you?), you know that reaching them isn’t a one size-fits-all scenario. You need to tailor your approach to each individual, presenting only the argument that works best for their personality and what motivates them.

There are a couple of approaches that work well for me, and they require the personal power I spoke about in the last article. The first approach I call the ‘People’s Champ’.

‘People's Champ’ takes time to implement, but it is very effective because the message to your team is that you are creating timelines that keep them from being over-tasked. You may not say it directly, but the implied message is that you are protecting them from unrealistic demands and that you value their welfare as much as project success. If you are genuine, and your actions support your words, this is a really effective tactic.

I know what you are thinking; this approach is nothing more than manipulation! Well, guess what! While I prefer to use a term less harsh than manipulation, in reality, that’s what leadership is! You manipulate people in a positive manner; guiding them to accomplish tasks that benefit them and the organization.

With ‘People’s Champ’, you establish through dialogue and behavior that you have their best interests in mind. You are asking them for realistic estimates of how long it takes them to perform a task, and then scheduling the task in a manner that allows them to do a quality job, without being over-worked.

If you are consistent in this approach, it becomes the standard you are known for, and your teams will respond positively when you have to place difficult demands on them.  The tough times become the exception to the rule, and it makes it easier emotionally to rise to the challenge.

The second approach to getting your team to follow a schedule is ‘Don’t hurt your team’. This approach involves showing them how their task, or piece of the project puzzle, impacts their teammates. Most people have a real aversion to making life difficult for others, and late task-completion ranks at the top of the list of ways to do so. It’s critical that you create understanding in your teams of how project schedules are designed, and how most tasks have dependencies. If you can show how tasks fit together, you are more likely to have projects that stay on track. This is crucial if your teams work on multiple, concurrent projects. In this scenario, one late task starts a domino effect of task delays that can derail multiple projects!

A great way to show how one person's task can affect another's ability to get their job done.

Credit: By the Author

Get Results Without Being the Bad Guy

Being a PM can be a lot of fun. It feels great to be able to create order out of chaos, and guide projects to on-time success.  The worst part of being a PM is when your team members think of you as the Bad Guy; someone that makes them cringe when you approach them.

If you master these approaches to project scheduling, your teams will look at you as part of the solution rather than their biggest problem.  It takes effort, and a genuine desire to help your teams become successful, but you will spend less time worrying about your project timelines.  That leaves you with more time to enjoy the relationships you formed with those you work with, and your shared project success. 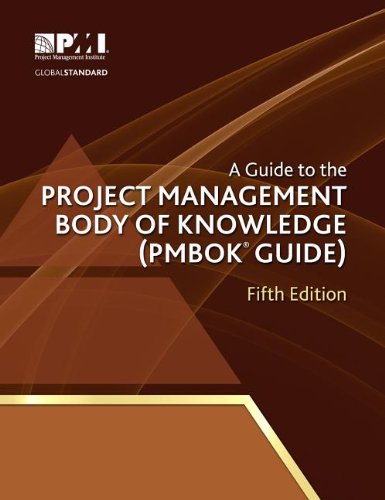