The Rise and Rise of Smartphone Telephone Models

The Evolution of the Smartphone

In this article, we’ll take a look at where we are in the smartphone market so that you can understand how good the performance is in terms of the processing power, the cameras, the memory storage and the operating systems.

The Samsung Galaxy S4 has a 1.9GHz processor of the quad-core variety. We’re soon going to be seeing eight-core phones. This really is an amazing amount of power that’s enough for multitasking on pretty high intensity activities.

The cameras on phones

We’ve seen the purpose of phones change drastically over the years. These days, people tend to take their phone out of their pocket to take a picture rather than a digital camera. We have cameras on our phones that have features that weren’t even found on mid-level cameras some years back.

Sony has a superb camera on the Sony Xperia Z of 13 megapixels and the Samsung Galaxy S4 does likewise. Indeed, the technology on these cameras means that we can zoom, we can change the mode of the camera on our phone in order to optimise for the conditions and we can even take multiple pictures one after another with quick shutter speed in order to get the best picture. On Android, you have some awesome features such as beauty face, best shot, panorama and so on, and on the iPhone series and Windows, you have similar excellent options.

Nowadays, we can also of course upload our pictures straight from our phones using 3G or 4G connectivity. No longer are our phones just for talking and typing, we are now on high level media and entertainment devices every time we pull our phones out.

It’s important when you’re getting a phone to ensure you get the right level of memory storage for your consumption requirements. Phones at the premium end of the market come with up to 64GB of storage. That is more than laptops did a few years ago. Indeed, you can normally choose at the top end whether you want an 8GB, 16GB, 32GB or 64GB memory device.

At the lower ends of the market, you may only have 200MB of data storage available. This will severely limit your ability to download applications and conduct certain activities on your phone.

If you need a lot of memory, you can also get phones with a microSD card slot. You shouldn’t expect every phone that you’re looking at, even if at the premium end of the market, to contain such additional memory storage and so you should check on a case by case basis. Phones such as the Google Nexus 4 and the iPhone 5, for example, do not have the capacity to expand your memory. You therefore need to ensure that you get a model with enough capacity for your individual needs.

Perhaps one of the biggest drivers in the improvement in mobile phones has been the operating systems. The iPhone series smashed into the market and helped users to get more out of their phones by offering a simple user interface and massive functionality. The iPhone has around 20% of market share in terms of numbers in the UK.

Android is perhaps the best operating system according to most pundits. It is a system that can be re-skinned and reworked by phone manufacturers and programmers so that it is bespoke for each individual phone. This is quite different to the Windows operating system that comes fully complete and is not editable by programmers. Android is the best because it’s backed by Google which has invested billions in its development and there are always new releases coming out in the form of Gingerbread, Ice Cream, Jellybean and other funny names. Indeed, we’re now onto 4.1.2 and we now have established user interfaces re-skinned by many manufacturers.  There are more applications on Android than on any other operating system with around 700,000 compared to 300,000 on the iPhone.

Windows is a great operating system with similar usability to the iPhone. It is a simple choice for many people getting into the smartphone market. However with it being new, there aren’t so many applications available which can restrict your experience. Similarly, BlackBerry has relaunched their operating system and they have a couple of new phones sporting a really improved version. BlackBerry is becoming a better option for people looking for a flexible phone with a flexible operating system. However, it is still a little bit buggy and there are issues to resolve.

When shortlisting telephone models, it’s important to get a phone in your hand and see what it looks like and feels like. At the top end of the market, you have some incredible devices: the Samsung Galaxy S4, the HTC One and the Sony Xperia Z. For me, they are the best three at the moment and their specifications are incredible. By getting each in your hand and finding out which you like most, you can really get a gut instinct for the right decision for you. Indeed, often at the top end of the market, the performance on just about every measure is top quality and the differences between the phones are minimal in terms of performance.

Get the right contract

It’s also important that you get your telephone models on the right contract. There’s no point having an all singing, all dancing phone if you can’t use it because your calls get cut off or your data allowance is used up.

You should assess how much consumption you’re going to do, bearing in mind you’ll have a more powerful device than ever before in your hand. You should think about whether you need 1GB, 2GB, 4GB or even more internet data. If you intend to do HD streaming, do it on WiFi Hotspots or your home broadband where possible, or you may well end up exceeding just about any limit that you’re given.

The Experia from Sony 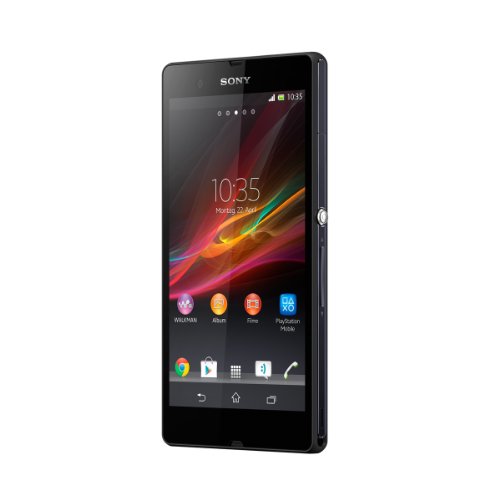