The Saints of Cairns - Harald Falge And SLYC

It is not very often that something as simple as an evening walk changes the lives of thousands of people. Yet that is the legacy of one family’s stroll along The Esplanade in Cairns, Queensland.

What started as a family cooking a few meals at home and distributing them from the boot of their car, has become a community wide effort, with dozens of meals given out to homeless and disadvantaged young people, seven nights a week, fifty-two weeks a year.

Harald Falge was the Youth Director of the Cairns Baptist Church between 1987 and 1991. It was during this period that members of the Church’s Youth Group told him of the plight of some of the disadvantaged and homeless young people of Cairns.

Harald and his family would often walk along The Esplanade of an evening. They were astounded at the number of young people and children - many of them not even teenagers - roaming the streets late at night unaccompanied.

Cairns did have existing youth agencies such as the Anglican drop in centre, and Youth Link in Parramatta Park, as well as two youth shelters. While these agencies all did wonderful work, each shelter could only accommodate six young people, and the drop in centres only opened during regular business hours.

Crime amongst young people was extremely high. Harald and his family heard of muggings and burglaries committed by homeless children. The most disturbing and distressing reports however, were of children prostituting themselves for food or shelter.

Where The Streets Have No Name 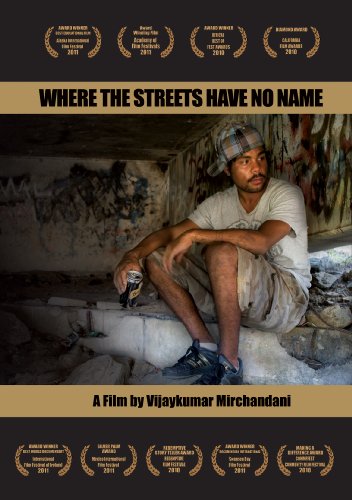 Where The Streets Have No Name Amazon Price: $14.95 $1.85 Buy Now(price as of Jan 7, 2016)
See what life is like for the most vulnerable in one of Australia's most famous international tourist destinations, Cairns.

A Mission From God

­Harald and his family discussed the situation, and decided that Harald speak with the leadership of the Cairns Baptist Church regarding standing down from his duties with the Church Youth Group and seek their blessing for his plan to make a difference to the homeless and disadvantaged of Cairns.

Then Pastor, Reverend Rob Furlong, along with the Church Deacons, not only gave Harald their blessings, but a free rein to start and nurture a new outreach programme - something that the Church had never tried before.

Now Harald had to find street kids to help. Not personally knowing any, let alone how to go about approaching them or what to say, it appeared that Harald had his work cut out for him.

Three days later, the answer to Harald's problem came to him unexpectedly. Harald - a chiropractor - was in his office, when his receptionist entered to tell him that there was a young boy in the waiting room. The boy had said that he was a street kid and had no money, but that he was suffering with a sore back, and was hoping that Harald could treat him free of charge.

Harald could not believe what was happening. To this day, he says that God sent this boy to his practice.

The Rest Is History

Harald agreed to treat the boy, and afterwards told him about his plan to help the homeless and disadvantaged young people of Cairns. Harald admitted that he did not know how to go about it, and asked the boy if he thought there was a need for the kind of service that he wanted to set up.

The boy - who was sixteen at the time - was thrilled about what Harald wanted to do, and in a little over a week, he had introduced Harald to a number of his fellow street kids. What they needed, the street kids told Harald, was access to food at night and weekends, when the rest of the youth agencies in Cairns were closed.

In the early days, Harald and his wife - sometimes assisted by their children - would cook the meals for the street kids at home, and drive to The Esplanade to distribute them from their car. They also delivered meals to young people in squats around the city.

Soon, members of the Cairns Baptist Church offered to make meals for the young people. Money was even donated to purchase a mobile phone so that the shelters could be contacted if young people need a place to stay. Before long, some families offered to take in homeless youths for a few nights, until other arrangements could be made.

After a few months distributing food to homeless and disadvantaged young people Thursday to Saturday nights, it became apparent that what the kids really needed was to eat seven days a week like everyone else. It was at this point that the seven nights a week ministry developed.

Bill Fortune, also a member of the Church, offered his assistance. He was the first SLYC Volunteer, working with Harald until 2002, leaving only when poor health prevented him from continuing to volunteer.

People Have The Power

From the very first meals that Harald and his family prepared in their own kitchen twenty years ago, until today, every item distributed by SLYC has come from members of the public, and local business. Refrigerators, freezers, the street van itself, and all the food, hot and cold drinks, blankets, clothing, first aid equipment, is all donated to Harald and Street Level Youth Care. The figures over nineteen years of outreach work are staggering. To the end of June 2011 SLYC had given out:

Thankfully, there are people who put the value of lives saved and young people helped and emotionally supported above money.

While Harald is the public face of SLYC and Harald's House, his family and the people who have volunteered at SLYC over the years, all deserve the recognition their tireless and often thankless efforts to rescue a generation of Australia's youth.

The highest recognition of Harald's vision came in 2008, when he was made a Member of the Order of Australia (OAM) for his work with young people and the homeless. Harald was named Australian of the Year "Australia's Local Hero" State Finalist (QLD) 2009, and was a winner of the Pride of Australia (QLD) Fair Go Awards in 2012.

"One in six children are now living below the poverty line..."²

"Harald Falge and his team deserve recognition for providing a safe and secure place for young Cairns residents who may not otherwise find one. This truly is a noble vision which has come to fruition due to hard work and care for our most vulnerable.”5

At the time of writing, no Government - State or Federal, Labor or conservative - has provided any financial assistance to Street Level Youth Care or Harald's House in the twenty years since SLYC's founding.

The incumbent Federal Labor Government has pledged to cut homelessness by the year 2020. Let us hope that they mean it this time.

Thank you to Dr Harald Falge, O.A.M, D.C., for his generous assistance with research material and images for this article.