Ghost stories, particularly involving old and abandoned hospitals will really scare people, especially those who perceive ghost stories to be real. Kempton Park is just one of the many clinics around the world that are investigated by paranormal agents in order to determine if the ghost stories indeed are true. However, the investigation process yielded not only ghost stories and demonic recordings but secrets, involving doctors and patients as well.

After they shut their doors in 1997, when the management declared in 1996 that it was no longer accepting new patients due to severe shortage of medical staff, the local government entered into an agreement to revive it.  Unfortunately, there was no legal process involved.  In fact, many important people related to the process were not aware that such a thing existed, prompting some local medical board to insinuate that there are malicious practices involved.  Since this incident was discovered, there were other alleged corruption practices uncovered.

The sad reality is that clinics in South Africa are crowded and rehabilitation of this haunted clinic would increase health services to more people. Yet, the government is bent on wasting money. According to estimates, the government is spending at least R1 million to protect idle equipment and facilities worth R10 million. One canimagine the number of patients it will serve should it be reopened.

Why did the Hospital Really Close down?

Until now, no one knows why it was shut down. According to the mayor at that time and Member of Executive Council of Johannesburg, it was closed due to limited use and inappropriate location as Kempton Park was zoned out as a residential area. However, their explanations were not believable as nearby hospitals around the area claimed that they were overloaded with patients; thus, it would have been helpful if this clinic wasn’t shut down.

Nope, there were no ghosts yet, but the real ghosts are the misplaced opportunities. There could have been so many things to do when you look around seeing empty beds, idle machines and equipment, incubators and other items that could have been used and saved countless people’s lives.  These things are reminders of what this hospital was all about  (offering basic health services).

Another story is that this infirmary was employing doctors who were not qualified to practice. A case in point for example was Dr. Andre Johannes Esterhuizen, who did not possess the right skills and qualifications yet was able to attend to thousands of patients.  It took one brave woman to question his abilities and the resulting investigation afterwards concluded that Dr. Esterhuizen was not a qualified doctor.

Indeed, not only ghost stories pervade this place. It also has numerous secrets so one can conclude that ghost stories were probably concocted to avoid such secrets from being uncovered. 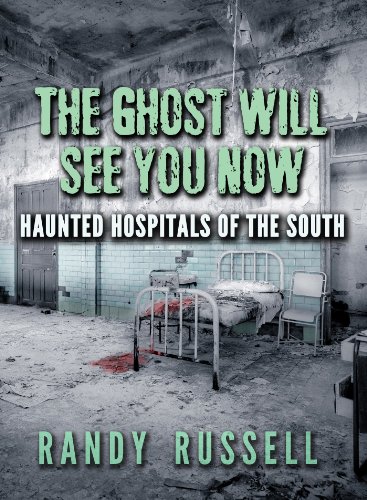