The Seduction of Spookiness

It is late at night and all the house sleeps. You lie in bed reading a book, which as it unfolds builds in suspense, horror and spine tingling apprehension. You look up furtively from the pages of your book, "what was that you saw moving in the corner of your eye" and "was that the sound of footsteps downstairs?". You cock your head and listen attentively, but after a while, slowly relax and resume your reading. Again, the stress mounts, your spine and scalp tingle, you get up and walk out into the hallway, jumping slightly, as a claw like appendage brushes the window to your right. Phew, it was only a branch moving in the wind. But your wired mind can't help thinking, it's really some kind of beast trying get in.

So what is the allure and thrill of fear? Eduardo Andrade, from the University of California, Berkeley, argues that we enjoy the experience of both negative and positive emotions simultaneously and fear may also induce pleasure. Clinical psychologist David Rudd, at Texas Tech University however, holds the view that when we are scared, we experience an adrenaline rush, which triggers the "fight or flight" response, our heart beats faster, muscles tense and we breathe quickly. If our brain realises that we are not actually in danger, we simply enjoy the rush.

Frank Farley PhD, psychologist at Temple University, says that films of horror can be fascinating, because horror movies are unusual and bizarre and contain images very far removed from our daily life. There is he says, "a long history of people being intensely curious about the 'dark side,' and trying to make sense of it,". Glenn Sparks PhD, a professor of communication at Purdue University adds, that after the film finishes people may walk out of the theatre with a sense of relief, with the feeling that they have faced their fears and conquered them.

Haunted houses and the thought of ghosts, is attractive to many of us, as is dressing up at Halloween in costumes of horror and gore. The name, Halloween, is a shortening of All Hallows' Eve, a celebration which probably originated from pagan, harvest festivals and the Celtic Samhain (summer's end). In Scotland and Ireland, Samhain involved the Gaelic custom of wearing costumes and masks to ward off evil spirits and in Scotland, young men would impersonate the dead, with blackened faces and shroud like clothing. Today the  jack-o'-lantern, which was named after the  strange lights that flicked over peat bogs of Ireland and Scotland, are still set on the door step to ward off evil.

The actual reason for the "horror paradox", maybe one of the above explanations or more likely a combination of them all. However, as you walk up that dark, lonely deserted road from the train, late at night, just remember to tell yourself, as you turn around for the twentieth time, at the sound of the heavy tread of footsteps on the gravel,  just out of sight in the swirling mist, "I am enjoying this, really I am.... aaahh!!!". 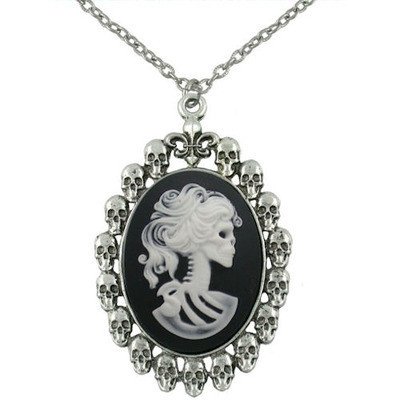