James Egan and Adrian Murphy opened a business named "Shaw Academy" in 2013. The headquarters of said business is situated in Dublin, Ireland. The Shaw Academy is an online education provider. They offer various courses ranging from business to photography. They gained massive popularity due to their listings in Groupon. A normal Diploma course's costs would be around a thousand dollars on their own e-commerce platform, while it would cost only around a hundred dollars on Groupon. Couple this with the course's NCFE accreditation, the courses of the Shaw Academy in Groupon had great value for its price. However, this changed as the Shaw Academy grew in popularity.

As said by Eartha Kitt, "Greed is so destructive. It destroys everything.". The Shaw Academy became greedier due to their growth in popularity and have ruined their own reputation. If you'd like to partake courses with accreditation, I would suggest that you take look at Reed's directory. Thank you for reading this Shaw Academy review and I hope you'll have a wonderful day. 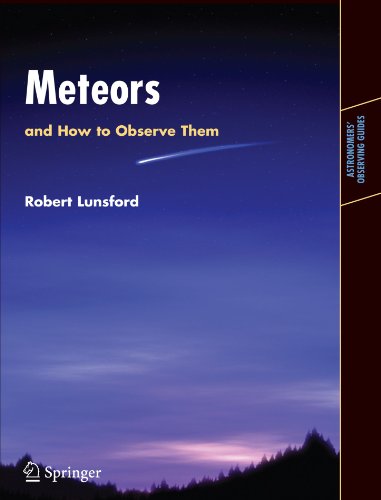 Meteors and How to Observe Them (Astronomers' Observing Guides) Amazon Price: $34.95 $27.78 Buy Now(price as of Feb 25, 2018)
This excellent book is a great way to learn about astronomy and watching the night sky. Discusses annual meteor showers and how to observe meteors at all times of year, in all regions of the Earth.
Next >> A Guide to Preparing for the IELTS English as a Second Language Examination