If you are asked to name an ancient British monument, you will probably think of Stonehenge which is located in the county of Wiltshire in southwestern England.

Credit: By by simonwakefield [CC BY 2.0 (http://creativecommons.org/licenses/by/2.0)], via Wikimedia Commons

However, there are many prehistoric megalith monuments in the British Isles.  These include tombs such as Newgrange in Ireland as well as countless burial mounds and stone circles.

Located in the same county as Stonehenge but less well known than the great stone circle is Silbury Hill. This is an enormous earthen mound which towers above the gently rolling Wiltshire chalk downs near the A4 road which travels westward from London to Bristol.

Wiltshire is an archaeologically rich area of the U.K. which is home to many ancient earthworks and stone circles. Silbury is part of the complex of ancient structures which surround the largest stone circle in the world, Avebury Henge. It sits at the heart of a UNESCO World Heritage site complex of significant Neolithic structures. These include Stonehenge, Avebury and many other ancient monuments and burial mounds or barrows.

How It Was Built

Because Silbury and Stonehenge were both built at about the same time as the Egyptian pyramids, in approximately 2400 BC, there has been some speculation about links between Egypt and the British monuments.

This is not surprising, considering the fact that Silbury is virtually an earthen pyramid. Standing 40 meters high and measuring 160 meters in diameter at the base, it is the tallest prehistoric mound in Europe, and one of the largest in the world. An estimated 4 million man-hours of labor were required to move the 500,000 tons of rocks and earth used to build it.

Like the pyramids, Silbury was also a carefully engineered structure. It is precisely constructed of chalk rock and soil laid down in horizontal layers or possibly spirals, and the sides are angled at a precise 30 degree slope. The hill is now grass covered with a flat summit, but it is believed that the top was originally dome-shaped and that the sides of the hill were covered with a hard surface of smooth-packed chalk.  There was also a deep ditch around its base which was cut 6.5 meters into solid bedrock, and which was likely filled with water from nearby springs. If this is the case the stark white slopes of this chalk pyramid reflected in the water below would have been a stunning sight indeed. 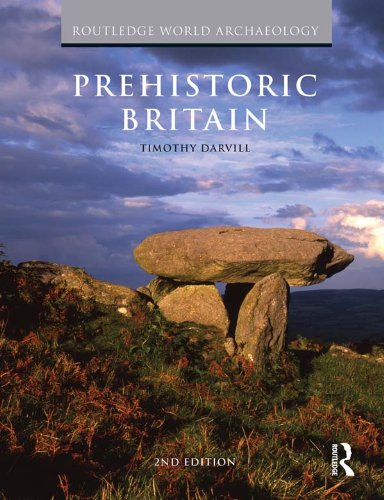 Why It Was Built

While archeologists know when and how Silbury Hill was built, they have no idea of its purpose.

Of course, as with many mysteries, there are a lot of theories, some of which seem more plausible than others. Various cultural and spiritual theories have been proposed. Some are soundly based in anthropology while others merge pseudoscience with the occult. It has been suggested, for example, that the hill is a gigantic sundial, that it is a primal mound symbolizing an ancient creation myth, or a physical representation of the Earth-Mother goddess. It has also been linked to crop circles, UFOs and visitors from other worlds.

We find the same mix of science and pseudoscience when looking at the possible significance of Silbury's location in the landscape and its relationship to other prehistoric monuments in the area.

Silbury belongs to a complex of neolithic structures which surround the Avebury stone circle. Avebury itself is connected to other prehistoric structures in the surrounding area by two avenues of parallel standing stones which may have served as ceremonial procession ways. It has also been observed that other nearby sites can be connected by a pattern of straight lines which are known as ley lines. Some people believe that the existence of this pattern of lines is evidence of ancient roads which may have been used for trade or for ceremonial purposes.

Others regard ley lines as a grid of mystic energy lines which connecting significant sacred sites not just near Silbury but around the world, from Silbury and Stonehenge to the Egyptian pyramids and the Great Wall of China. Another proposed theoretical connection between Wiltshire and ancient Egypt is that the ley lines connect Silbury to an Egyptian Earth measurement system which used the Great Pyramid of Giza as its central reference point. Based on the premise that Stonehenge may be a complex astronomical calendar, other researchers have found that alignments between structures within the monument complex reflect various astronomical relationships.

Because there are many barrows or burial mounds in the UNESCO Heritage area it is tempting to look for yet another Egyptian connection by wondering if Silbury, like the pyramids, was used to bury a powerful ancient ruler. According to tradition, Silbury is, in fact, the burial place of King Sil or Zel, which is why it is called Sil - Bury. However, no-one knows if Sil was actually real. He is sometimes said to be lying under the hill in a golden coffin, or wearing golden armor and mounted on a golden horse, and has been linked with Arthurian legend. But he may just as well be a mythical representation of Sol, the sun god, or the pre-Celtic raven god Bran, whose head, according to legend, was buried in a white mountain.

The time and effort devoted to the construction of Silbury Hill indicates that it must have had great ceremonial significance. This theory is supported by the fact that archeologists have discovered mistletoe at the site. Mistletoe is a parasitic plant that was used in sacred pagan rites. The ancient Druids used it in their winter solstice celebrations. They also believed it was both an aphrodisiac and a cure for infertility, beliefs which were the origin of the Christmas custom of  "kissing under the mistletoe." Interestingly, the hill was still being used for religious celebrations by local people as late as the mid 19th Century.

Curiosity about Silbury Hill has led to many exploratory excavations. In 1766 the Duke of Northumberland employed miners to dig a shaft down into the hill from the top in search for King Sil and his treasure. The structure of the mound was gradually weakened by subsequent excavations in 1849, 1922, 1959, 1967, and 1969. Barrows contain burial chambers which contain funeral remains. Yet while excavations into the heart of the hill have found what seem to be chambers they have not unearthed any evidence of burial. In 2000 the top of the hill was damaged when heavy rain opened the Duke of Northumberland’s shaft, and the Hill was sealed off.

English Heritage continues to investigate the mound with minimally invasive procedures such as sonar imaging. While it is tantalizing to imagine the remains of King Sil on his golden steed sitting eternally beneath Silbury Hill, English Heritage has found no evidence, even with state-of-the-art imaging equipment, that Silbury was ever a burial site. Its true purpose remains an apparently impenetrable mystery.