If you enjoy writing and would like to earn some money, start here: Write for Info Barrel today! Some of my favorite articles: The Wizard of Oz ~ A Political Statement?   Frankenstein: From Controversy to Classic   Suffering for Your Faith - Christian Persecution    What Do Monsters Look Like
InfoBarrel is a writing platform for non-fiction, reference-based, informative content. Opinions expressed by InfoBarrel writers are their own.
InfoBarrel > Lifestyle > Holidays & Celebrations

A cold man can be cool . . . if he's a snowman! Icy on the outside and cold on the inside, what you see is what you get. Chilly and nippy, this cold man is quite a gelid fellow. But don't let the deficiency of warmth fool you; this frosty man can make you feel warmhearted!

This icy guy may be cool to the touch, but he makes everyone around him feel warm and fuzzy inside. Snowmen are winter's coolest characters and remind everyone of the fun associated with the winter months.

A Snowman is a snow sculpture shaped to resemble a human figure. Every winter these icy creations are made out of crystals formed from water vapor (aka snow). Just as no two snowflakes are alike, each snow-fellow is uniquely individual with characteristics all its own. Also, this cute snow character is no longer limited to the male class; there are snow-women, snow-children and even snow-pets. The snow-guy, however, is winter's cool fellow and will always be the icy arctic celebrity of the holiday season.

In Europe and North America, snowmen are built with three large snowballs, one for the head, upper body, and lower body. The face is made up of either rocks or coal for the eyes and the mouth, and a stick or a vegetable (a carrot is the most common) is used for the nose. Twigs or sticks are used for the arms. Some people dress their snow-fellows using jackets, scarves and hats; others like to leave them with a more natural look.

The cool guy is so popular that Snowmen Festivals are held every year in several parts of the world. At some festivals, families make a snow-character for each person in their household (including pets). At other festivals, the snow creations are quite elaborate sculptures.

One of the most famous of all the snowmen is Frosty the Snowman. Frosty began as a song recorded by Gene Autry and The Cass County Boys in 1950. The song was originally titled Frosty the Snow Man.

Little Golden Books published Frosty the Snow Man as a children's book in 1950 and 1954; the UPA studio brought Frosty to "life" in a three-minute animated short.

In 1969, the Rankin-Bass company produced a thirty-minute animated television special that featured the voices of comedians Jimmy Durante as narrator and Jackie Vernon as the title character. The popular television special told the story about a snowman that comes to life by the placement of a magical hat found by some children. At the end of their time together, the children are sad that Frosty must go but he reassures them saying, "I'll be back again someday."

Over the years, the Frosty song has been recorded by several artist and on some versions of the song, the last line has been changed to "I'll be back again on Christmas Day!"

In 1978, the book The Snowman was published, and in 1982, an animated adaptation with no dialogue was released. To this day, the character from The Snowman has been one of the most popular and sought after figures by people everywhere. 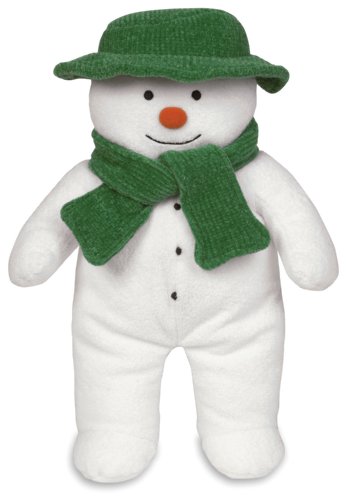 Whether you are young, old or young at heart, the Snowman is the chilly symbol of the holiday season that will make you feel all warm and fuzzy. It doesn't matter whether it's a character or the real thing; the Snowman is winter's cool fellow!

A Snowman is a Cool Friend

Credit: MorgueFile.comNeed Extra Cash? 7 Companies that You Should Know About