One of the most intriguing stories I’ve ever heard pertaining to Alaska folklore is “The Strangest Story Ever Told”.  This legend comes from an unheard of by most stretch of land and water called Thomas bay in southeast Alaska.  Also known as “the devils country”, Thomas Bay is just north of Petersburg and Wrangell, AK a handful of miles, and is only accessible by plain or boat.   The “Strangest Story Ever Told” was first accounted for back in the early 1900’s by the southeast Alaska prospector Harry D. Colpe.  It was forgotten for decades until Virginia Colpe, his daughter, decided to write her father’s purposefully lost story down.

The folklore starts out in Wrangell, AK in 1900 and marked the first documented encounter with the legendary devil creatures (known commonly by Alaska natives as the “hirsuit homens” or “kushtaka”) according to Harry D. Colp.

Harry and three of his prospecting friends who were simply known as Charlie, John, and Fred, were shacked up in the small southeast Alaska island town of Wrangell.  As the story goes, Charlie received word from a local native of a large gold vein up in Thomas bay that was prime for prospecting. Through numerous trips back and forth, Harry and his partner prospectors who went up with him had encounters with these creatures and seemed to go into hysterics.  Legend has it that all of the prospectors who went up to Thomas bay were deemed to go 'temporarily insane'.

The creatures from the story are described as looking like neither man nor monkey and covered with coarse hair and oozing sores.  According to Colpe, during his first encounter, the creatures were said to be foul smelling and about four feet tall with claw-like fingers.

These creatures, known in Alaskan native culture as kustaka, have been described in numerous different accounts.  Some natives say the creature looks like a half man/half otter, and will appear out of nowhere when a person is in dire need, offering rescue in exchange for that person’s soul.  If accepted, that person is forever haunted by this mythical creature.

Thomas Bay, where all of this took place, was nicknamed “the bay of death” dating back to the 18th century.  This name was given to the bay originally due to a catastrophic natural disaster that took place in 1750.  A massive landslide destroyed the entire village, claiming a majority of the inhabitants in the area.

Thomas Bay took notice again after Harry Colpe’s story , and from then on also took on the nickname of “The Devil’s Country”. 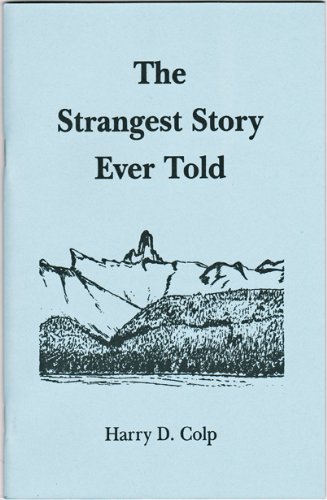 The Strangest Story Ever Told Amazon Price: Buy Now(price as of Mar 29, 2016)
Next >> A Dark and Controversial Crime Fighter